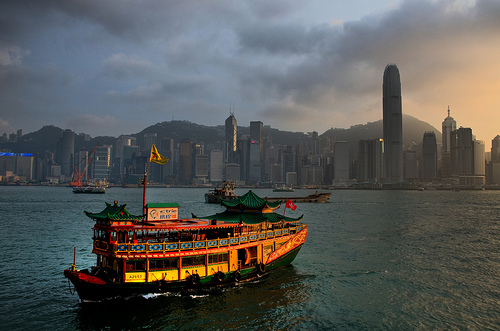 Almost two decades ago, the World Bank published its landmark study “The East Asian Miracle,” analyzing why East Asian economies grew faster than emerging markets in Latin America, Africa, and elsewhere. But it is necessary to re-assess economists’ focus on these countries’ formal rules and governance structures.

Almost two decades ago, the World Bank published its landmark study “The East Asian Miracle,” analyzing why East Asian economies grew faster than emerging markets in Latin America, Africa, and elsewhere. But it is necessary to re-assess economists’ focus on these countries’ formal rules and governance structures.

But that was not all. The World Bank also acknowledged, grudgingly, that governments intervened – systematically and through multiple channels – to foster development, including in specific industries in specific locations via subsidies, tax incentives, and financial repression.

In the intervening years, particularly after the Asian Financial Crisis, the pro-market, anti-intervention Washington Consensus fell out of favour. A “New Institutional Economics” (NIE) gained ground by filling in the gaps left by mainstream models, which ignored the central importance of institutions in managing the change and uncertainty that affect resource allocation and social choice. Indeed, in light of today’s Great Recession and the current European debt crisis, the main question remains that of the role of the state in promoting growth and development.

It was the collapse of the Soviet bloc’s planned economies that spurred both free-market hubris and the realization that institutions matter. But it was China’s ability to sustain rapid economic growth for three decades that necessitated a revisionist look at statist capitalism.

Nobel laureate economist Douglass North argued early on that human society created institutions to deal with information asymmetry, but that their creations immediately gave rise to the problem of how to constrain such institutions to fulfill their intended objectives. In 2000, Oliver E. Williamson classified four levels of social analysis for institutions – informal institutions, customs, traditions, norms, and religion; formal institutions with rules governing property rights, social order, the judiciary, and the bureaucracy; governance structures and their alignment to economize on transaction costs; and decentralized decision-making in resource allocation (the domain of neo-classical economics).

According to Williamson, NIE is primarily concerned with the economic and political ramifications of formal rules and governance structures. But, for many emerging economies, it is the embeddedness of informal rules, norms, and beliefs, and their slowness to change, that prevents many economies’ breakthrough to more advanced, knowledge-based growth.

Francis Fukuyama’s new book The Origins of Political Order attempts to address this problem. He examines the emergence of three categories of political institutions – the state, the rule of law, and accountable government, the latter two being constraints on the state that prevent it from becoming despotic.

Fukuyama argues that patrimonialism – defined as the natural human propensity to favour family and friends – as the bane of the rule of law and accountable government. But, while patrimonialism may well be the main barrier to countries’ advance to middle-class democracy – and a key reason for autocratic states’ fragility – it may also be a more general feature of all political and economic systems.

Witness the current debate about whether governments in advanced economies have been captured by financial interests – a question that Gillian Tett poses in a recent review article in Foreign Affairs. “Should governments rein in finance to crush the elite,” she asks, “or should they simply accept income differentials and financial savings as the inevitable price of dynamic societies?”

[quote]This is not a trivial question, given the role of unabated inequality in growing social unrest and even revolution around the world. Indeed, the real surprise is that protests such as “Occupy Wall Street” have resulted in so little change, suggesting that institutions, once established, are “sticky” in preserving the status quo. [/quote]

This is particularly relevant to Asia’s growth story. Former British colonies like India and Malaysia inherited common law and institutional checks and balances, but several today confront institutional decay, rising corruption, and creeping patrimonialism. Other economies, such as China, are seeking ways to establish the rule of law by strengthening the institutional framework within the framework of one-party rule.

Both Fukuyama and North conclude that strong state-led economies can be accountable, but become fragile should the ruling elites fail to respond to popular majorities and to global norms of behaviour and governance. North argues that competition is a key force driving adaptive efficiency among institutions.

A basic insight of NIE is that measuring transaction costs in various factor and product markets can reveal inefficiencies and barriers to better performance. An examination of transaction costs in global and domestic supply chains would reveal the extent to which rent-seeking activities and policy distortions deter the emergence of competitive markets.

For advanced economies, the study of Williamson’s levels two and three – formal institutions and their governance – can lead to important insights. But, for emerging markets in Asia and elsewhere, we are convinced that the study of informal institutions, behaviour, and norms offers a better understanding of the challenges of managing growth and performance.

Related: Can Asia Overcome Its Vulnerability To The European Crisis? : Stephen Roach

[quote]Simply put, in many emerging markets, it is not a lack of understanding of international best practices that holds back economic performance. Rather, it is the conflict between these practices and traditional or domestic social relations and practices that entrench vested interests opposed to change.[/quote]

View all posts by Andrew Sheng and Xiao Geng