Home » The BRICs Party Is Over

The BRICs Party Is Over 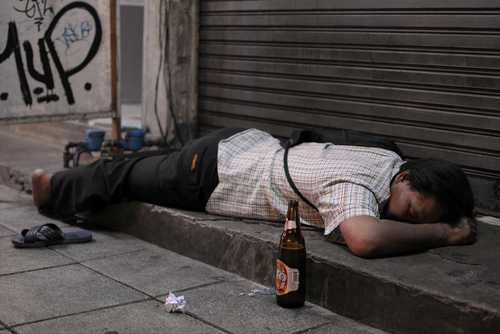 Emerging markets are under pressure. This column argues that this is not a mere headwind but that the BRICs’ party is over. Their ability to get going again rests on their ability to carry through reforms in grim times for which they lacked the courage in a boom.

Emerging markets are under pressure. This column argues that this is not a mere headwind but that the BRICs’ party is over. Their ability to get going again rests on their ability to carry through reforms in grim times for which they lacked the courage in a boom.

After a decade of infatuation, investors have suddenly turned their backs on emerging markets. In the BRIC countries – Brazil, Russia, India and China – growth rates have quickly fallen and current-account balances have deteriorated. The surprise is not that the romance is over but that it could have lasted for so long.

From 2000 to 2008 the world went through one of the greatest commodity and credit booms of all times. Goldman Sachs preached that the BRICs were unstoppable.

However, Genesis warns that after seven years of plenty, “seven years of famine will come and the famine will ravage the land”. Genesis appears to have described the combined commodity and credit cycle, from which the Brazil, Russia, India and China have benefited more than their due.

Claudio Borio has explained the nature of the financial cycle. Late Russian prime minister Yegor Gaidar showed how the commodity cycle impacted the Soviet leadership. During the oil boom in the 1970s, it was caught by hubris and neglected economic reforms. When the declining commodity prices hit in the 1980s, the Soviet leaders were incompetent, uninformed and unprepared, because they had faced too few problems for too long.

The boom was prolonged for half a decade by quantitative easing in mature economies, flooding them with cheap financing. During their years of plenty, the BRICs did not have to make hard choices. Today, their entrenched elites seem neither inclined to nor able to do so. Their lives have been too good.

Now all these booms are over: Brazil and Russia have been hit by the levelling out of commodity prices, which are widely expected to decline for several years.

Those two countries may also be caught in the ‘middle-income’ trap, that Barry Eichengreen, Donghyun Park, and Kwanho Shin warned of in a seminal paper. They found that countries tend to experience a sharp growth slowdown when gross domestic product per capita reaches about $17,000, which is the current level of Russia and Brazil.

Brazil, Russia, India and China have accumulated large foreign reserves, but they are not likely to help them. Russia is a case in point. In 1998, it ran out of reserves and had to cut enterprises subsidies sharply, which levelled the playing field and was a major factor behind the fast Russian economic recovery. In 2008-9, by contrast, the Central Bank of Russia spent $200 billion of its ample reserves. Essentially these funds went to inefficient state and oligarchic enterprises, which crowded out better smaller companies. Thus, the reserves contributed to the decline in Russia’s growth rate.

The BRIC countries did not take advantage of the good years to improve the underlying state of their economic systems. China’s banks are overleveraged, and India suffers from most economic ailments. Its inflation is too high, and its budget deficit, public debt and current-account deficit are too large.

The World Bank compiles its ease of doing business index for 185 countries and the BRICs do even worse by this measure, with China ranking 91, Russia 112, Brazil 130 and India 132. Russia has set the long-term goal of rising 100 steps but so far has done little to accomplish it. Characteristically, China is lobbying the World Bank to abolish this index. The surprise is that countries with such poor governance were able to grow so fast for so long.

Related: Have India’s Ponzi-Styled Reforms Run Out Of Steam?

Related: Resurgent Russia: An Economy in Transition, Dysfunctional but Intact

Monuments To Hubris Instead Of Needed Infrastructure

One can see the hubris of the boom in the construction of white elephants. Hosting international mega sporting events tells it all. In 2008 Beijing beat all prior Olympic Games with an expenditure of $40 billion. Russia is expending $51 billion on the 2014 Sochi Winter Olympics, compared with $6 billion spent on Vancouver’s in 2010. India organised the Commonwealth Games catastrophically poorly in 2010, which aroused great popular derision. Brazil’s recent protests were, in part, about the cost of the 2014 football World Cup and 2016 Olympics.

When it comes to vital infrastructure investment, however, Brazil, India and Russia invest too little, leading to multiple bottlenecks. Russia has not expanded its paved road network since 1994. Only in 2018 is a highway finally expected to connect Moscow to St Petersburg – and merely because it will be Russia’s turn hosting the World Cup. China, by contrast, overinvests in infrastructure.

Worse, the current BRIC thinking goes in the wrong direction. All have large state sectors and are relatively protectionist. Because of their recent economic successes and the West’s financial crisis, their policymakers increasingly see state capitalism as the solution, and private enterprise and free markets as problems.

In Russia and Brazil especially, influential circles call for a greater role of the state, although the corrupt state is their key problem. Last month Igor Rudensky, the United Russia parliamentarian who chairs the State Duma’s committee on economic policy, even stated that “[t]he leading role and the commanding heights in the economy should belong to state corporations… We have to preserve all the positive from [the Soviet] historical experience”. Back to the future!

Even if the BRIC political leaders were to face up to reality, their giant state corporations rule the roost. They hold an iron grip over energy, transport and banking. Regardless of official government policies they can extract cheap financing from the government and monopoly rents from the weaker private actors in the economy.

Related: Rumours Of The Death Of The BRICS Are Greatly Exaggerated: Dan Steinbock

Related: Have The BRIC Nations Lived Up To The Hype?

But Brazil, Russia, India and China do not rule the world. Because of them the West has played down the role of the WTO instead seeking regional trade agreements among like-minded countries such as the Transatlantic Trade and Investment Partnership between the US and Europe and the Trans-Pacific Partnership with most states (but China) around the Pacific Rim.

[quote]The BRICs’ party is over. Their ability to get going again rests on their ability to carry through reforms in grim times for which they lacked the courage in a boom.[/quote]

Anders Åslund has been a senior fellow at the Peterson Institute for International Economics since 2006, and is an adjunct professor at Georgetown University. He is a leading specialist on East European economies with more than 35 years of experience in the field.

The BRICs Party is over was first published on VoxEU.org.

View all posts by Anders Åslund