Shock and Au: Hedging Against Fear 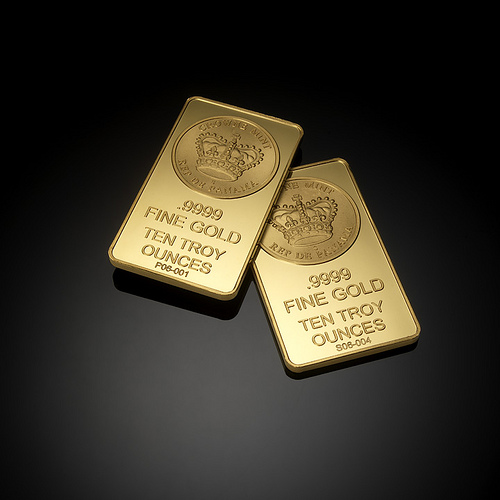 The original ‘money’, gold has always been highly valued for its brilliance, malleability and purity. King Croesus is credited with the invention of the first gold coins, which remained a primary currency across the globe right up until the beginning of the 20th century. The ancient kings succeeding him were also probably responsible for the very first cases of inflation after they began adding lead to gold coins – enhancing the royal money supply but simultaneously reducing the coins’ value. In times of war, pestilence and political instability, gold has been jealously hoarded as protection against the vicissitudes of life.

Not much has changed. Today, gold’s popularity and hence value continues an extended bull run which saw a new record high this month/in April, when spot gold breached $1,500 per troy ounce for the first time. Can the price of this most treasured commodity possibly continue to climb and does owning gold really protect wealth against the ravages of inflation? Perhaps most pertinently for investors, does gold’s long boom presage a decline in value: are we now entering the late stages of a ‘gold bubble’?

Economic commentators are certainly divided about the future direction of gold prices. Some point to the perfect correlation of all the factors likely to increase the precious metal’s desirability: Inflationary threat and currency debasement abetted by massive quantitative easing, widespread economic instability and geopolitical unrest in the oil-rich Middle East and North Africa, together with widespread record-low interest rates which have left savers with few options. Given all these contributory factors we are witnessing a classic reaction to fear and uncertainty – investors buying gold, hoarding gold and waiting for some ‘normalisation’ to appear in market conditions. As Mike McCudden, head of retail derivatives at Interactive Investor confirms: “When there’s any sort of market calamity you often see an uptick in gold as it’s regarded as a safe haven. This makes it an ideal tool for hedging against these events.”

Add to this the growing demand from wealthy consumers in India and China – countries among the most seriously affected by rising inflation, whose increasingly well-off inhabitants consolidate their wealth by accumulating what is, of course, a finite resource. According the World Gold Council, Asian consumers accounted for a full 51% of total jewellery and investment demand in 2010.

Chinese families are now said to be more likely to exchange gifts of gold rather than the traditional red envelopes filled with cash at New Year and demand for gold in India, the world’s biggest buyer of bullion, peaks every September at the beginning of the wedding season. Meanwhile, industrial consumption rises and bullish traders also point to shifts in central bank policy which have resulted in the banks becoming net buyers of gold. Whether this represents pessimism for the dollar’s prospects (edging ever closer to an all-time low against a basket of major currencies) or merely a sensible diversionary tactic by central banks, available supply has become further constrained.

There are many traders who are far less sanguine about gold’s prospects. According to Reuters market analyst Wang Tao, technical analysis alone suggests that gold follows an eight-year cycle: With the surge in gold prices begun by 2004 (the strongest gains following the onset of the credit crunch in 2007) then if the research proves correct, prices should peak in 2012 – Wang Tao expects a high of approximately $2,000 per troy ounce. He is not alone in doubting that gold can continue its inexorable climb: a recent survey of analysts conducted by Reuters predicts slowing demand as inflation risk is mitigated by a return to more normal economic conditions, Notwithstanding sovereign debt issues, dollar weakness and further acquisition by central banks, there are some who believe that once the frenzied acquisition of gold recedes, prices could drop to as low as $1000 per troy ounce by 2015. 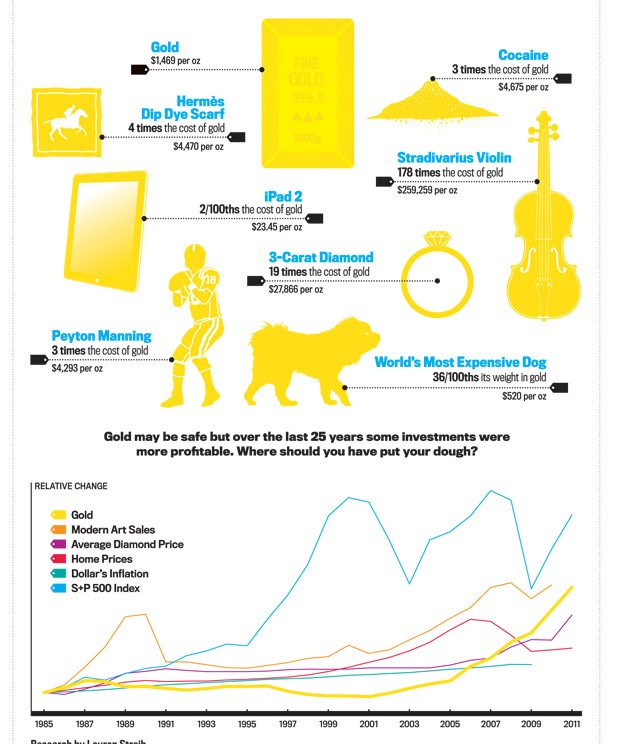 Rising gold prices may partly indicate market fearfulness but does investing in gold and other precious commodities even truly offer efficient protection against inflation? Investors clearly believe that they represent a sensible hedging strategy while low interest rates and increased money supply continue to impact on inflation and currency risk. However, research reveals that throughout history, the price of gold has not correlated especially well with rises in inflation and can decline in value suddenly and dramatically – especially when economic and political uncertainty recedes.

Many investors, both individual and institutional, have had little idea where to invest recently, so have plumped for the safest asset of all: the ultimate currency, the currency that delivers when even the State’s money fails. While investors remain jittery, many will continue to seek security in gold – and India’s wedding season hasn’t even started yet.