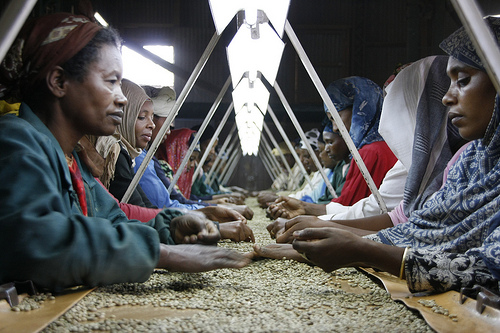 WASHINGTON, DC – The world is now in the fourth year of the Great Recession. So far, the economies belonging to the World Trade Organization have resisted the kind of widespread protectionism that would make a bad situation much worse. But protectionist pressures are building as weary politicians hear more and more calls for economic nationalism.

The WTO’s best defence of open trade is a good offense. A new WTO Trade Facilitation Agreement would benefit all by increasing developing countries’ capacity to trade, strengthening the WTO’s development mandate, and boosting global economic growth. More than a decade after the launch of the Doha Round of global free-trade talks, this agreement could be a down payment on the commitment that WTO members have made to linking trade and development.

[quote]Developing countries stand to gain the most from improving trade facilitation. The right support would help traders in poorer countries to compete and integrate into global supply chains.[/quote]

Related: Why We Need A Rethink of Development Aid: Sri Mulyani Indrawati

There are rich opportunities for gains. Inefficiencies in processing and clearing goods put traders in developing countries at a competitive disadvantage. Outdated and inefficient border procedures and inadequate infrastructure often mean high transaction costs, long delays, opportunities for corruption, and an additional 10-15 percent in the cost of getting goods to market – even more in landlocked countries.

Research by the World Bank suggests that every dollar of assistance provided to support trade-facilitation reform in developing countries yields a return of up to $70 in economic benefits. When funds are directed at improving border-management systems and procedures – the very issues covered by the trade-facilitation negotiations – the impact is particularly significant.

Projects aimed at boosting efficiency and transparency, supported by development banks and bilateral donors, have made a dramatic difference. In East Africa, procedural improvements have reduced the average clearance time for cargo crossing the Kenya-Uganda border from almost two days to only seven hours. In Cameroon, some of our organizations have worked with the World Customs Organization to help the customs authority reduce corruption and increase collection of revenues – estimated to be more than $25 million a year.

On the Laos-Vietnam border, a sub-regional cross-border transport agreement has cut cargo transit times from four hours to just over one hour. A new customs component to a highway project between Phnom Penh and Ho Chi Minh City helped increase the total value of trade through the Moc Bai-Bavet border by 40 percent over three years. In Peru, some of our banks have worked with international freight forwarders to connect remote villages and small businesses to export markets through national postal services, turning more than 300 small firms into exporters, most for the first time.

The outlines of a new WTO Trade Facilitation Agreement are already clear, but some technical differences remain on specific provisions. Developing countries want a credible commitment to support implementation, such as technical assistance and capacity-building. A World Bank study estimates that the costs of implementing the measures likely to be covered by a Trade Facilitation agreement would be relatively modest – $7-11 million in the countries studied, spread out over a number of years – especially when compared to the expected benefits.

Capacity-building and financing programs for governments that want to improve their trade facilitation are available already. Major donor countries and international development organizations have put a priority on, and increased investment in, trade facilitation. According to the OECD, from 2002 to 2010, trade facilitation-related assistance increased ten-fold in real terms, from almost $40 million to nearly $400 million.

[quote]In international negotiations, there is always a way forward if the benefits of an agreement are shared by all. Trade facilitation offers a development dividend for all countries. It is time for WTO members to make progress on issues where there is room to do so. It will be a down payment on a solid investment.[/quote]