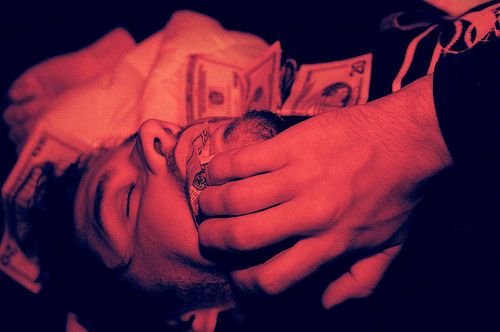 During the 1970s, Former Citibank Chief Executive Walter Wriston famously declared that countries would never go bust or bankrupt. Governments also started to borrow large sums of money in order to fuel their spending, while lenders continued to provide these governments with a seemingly endless source of funds. Eventually, government debts grew to such insurmountable proportions that countries today are now faced with the distinct possibility of a default or even bankruptcy. How can we address the structural issues that threaten to consume the global economy?

NEW YORK – The Greek debt crisis has prompted questions about whether the euro can survive without a nearly unimaginable centralization of fiscal policy. There is a simpler way. Irresponsible borrowing by governments in international credit markets requires irresponsible lending. Bank regulators should just say no to such lending by institutions that are already under their purview.

Lending to foreign governments is in many ways inherently riskier than unsecured private debt or junk bonds. Private borrowers often have to offer collateral, such as their houses. The collateral limits the lenders’ downside risk, and the fear of losing the pledged assets encourages borrowers to act prudently.

But governments offer no collateral, and their principal incentive to repay – the fear of being cut off by international credit markets – derives from a perverse addiction. Only governments that are chronically unable to finance their outlays with domestic taxes or domestic debt must keep borrowing large sums abroad. A deep craving for the favor of foreign lenders usually derives from some deeply engrained form of misgoverance.

Commercial debt usually has covenants that limit the borrower’s ability to roll the dice. Loan or bond covenants often require borrowers to agree to maintain a minimum level of equity capital or cash on hand. Government bonds, on the other hand, have no covenants.

Similarly, private borrowers can go to prison if they misrepresent their financial condition to secure bank loans. Securities laws require that issuers of corporate bonds spell out all possible risks. By contrast, governments pay no penalties for outrageous misrepresentation or fraudulent accounting, as the Greek debacle shows.

When private borrowers default, bankruptcy courts supervise a bankruptcy or reorganization process through which even unsecured creditors can hope to recover something. But there is no process for winding up a state and no legal venue for renegotiating its debts. Worse, the debt that states raise abroad is usually denominated in a currency whose value they cannot control. So a gradual, invisible reduction in the debt burden by debasing the currency is rarely an option.

The power to tax is thought to make government debt safer: private borrowers have no right to the profits or wages that they need to satisfy their obligations. But the power to tax has practical limits, and governments’ moral or legal right to bind future generations of citizens to repay foreign creditors is questionable.

Lending to states thus involves unfathomable risks that ought to be borne by specialized players who are willing to live with the consequences. Historically, sovereign lending was a job for a few intrepid financiers, who drove shrewd bargains and were adept at statecraft. Lending to governments against the collateral of a port or railroad – or the use of military force to secure repayment – was not unknown.

After the 1970’s, though, sovereign lending became institutionalized. Citibank – whose chief executive, Walter Wriston, famously declared that countries don’t go bust – led the charge, recycling a flood of petrodollars to dubious regimes. It was more lucrative business than traditional lending: a few bankers could lend enormous sums with little due diligence – except for the small detail that governments plied with easy credit do sometimes default.

Later, the Basel accords whetted banks’ appetite for more government bonds by ruling them virtually risk-free. Banks loaded up on the relatively high-yield debt of countries like Greece because they had to set aside very little capital. But, while the debt was highly rated, how could anyone objectively assess unsecured and virtually unenforceable obligations?

Bank lending to sovereign borrowers has been a double disaster, fostering over-indebtedness, especially in countries with irresponsible or corrupt governments. And, because much of the risk is borne by banks (rather than by, say, hedge funds), which play a central role in lubricating the payments system, a sovereign-debt crisis can cause widespread harm. The Greek debacle jeopardized the well-being of all of Europe, not only Greeks.

Related: Europocalypse – Are The Days of The Eurozone Numbered?: Nouriel Roubini

The solution to breaking the nexus between sovereign-debt crises and banking crises is straightforward: limit banks to lending where evaluation of borrowers’ willingness and ability to repay isn’t a great leap in the dark. This means no cross-border sovereign debt (or esoteric instruments, such as collateralized debt obligations).

This simple rule would require no complex reordering of European fiscal arrangements, nor would it require the creation of new supra-national entities. It would certainly make it difficult for governments to borrow abroad, but that would be a good outcome for their citizens, not an imposition. Moreover, curtailing governments’ access to international credit (and, by extension, inducing more fiscal responsibility) could actually help more enterprising and productive borrowers.

Such constraints wouldn’t solve the current crisis in Portugal, Ireland, Greece, or Spain. But it is high time that Europe, and the world, stopped lurching from one short-term fix to the next and addressed the real structural issues.

Amar Bhidé is the author of A Call for Judgment: Sensible Finance for a Dynamic Economy, and a professor at Tufts University’s Fletcher School of Law and Diplomacy. Edmund Phelps, is the winner of the 2006 Nobel Prize in Economics, and has been the McVickar Professor of Political Economy at Columbia University since 1982. Both are founding members of Columbia University’s Center on Capitalism and Society.

View all posts by Amar Bhide and Edmund Phelps