High Oil Prices: Caught in a Sea of “Vicious Cycles” 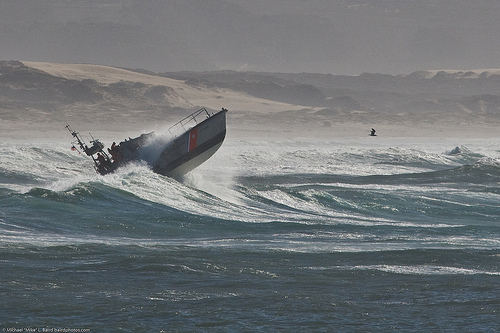 Recently, the International Energy Agency (IEA) announced its intentions to release nearly 2 million barrels of oil per day into the market over the next month so as to boost supply and drive down prices. Naturally, the Organisation of Petroleum Exporting Countries (OPEC) didn’t take too kindly with that decision. President Mohammad Aliabadi declared, “the market is under normal conditions. Supply and demand are desirable. There is no additional need for supply in the market.” Although the IEA’s decision appears to be justified, particularly with the loss of Libyan and Yemeni oil, oil prices have been barely affected and still remain fairly high. According to Dr. Anas F. Alhajji, Chief Economist at NGP Energy Capital Management, high oil prices are unlikely to ever come down as “vicious cycles” put oil prices on an upwards march.

IRVING, TEXAS – When OPEC members met in Vienna recently, the Saudis failed to control the meeting, OPEC’s production ceiling remained unchanged, and member countries are setting their own output levels. But talk of an OPEC breakup is premature. After all, it has survived major wars, numerous diplomatic disputes, and two major market collapses. In fact, the secret to OPEC’s survival is its weakness, not its strength.

Friction or no friction, OPEC has been, and will always be, irrelevant to market forces on the ground. OPEC has never had market power, but Saudi Arabia has, and Saudi market power has always been assigned, mistakenly, to OPEC.

The Saudis did not like the recent meeting. They decided to go it alone. Can they deliver? The answer is no. The recent move by the 28-member International Energy Agency to release oil from strategic reserves proves this point.

The global oil market has become a large sea that generates its own storms, which guarantee that the sea will continue to grow. Looking at recent history, one can identify four factors that will continue to drive oil prices higher unless a major earthquake brings the market to its knees.

The first factor is the relationship between oil prices and economic growth in the oil-producing countries. Higher prices fuel higher growth in these countries, which, accompanied by a population boom, leads to higher domestic energy consumption. That, in turn, reduces oil exports, driving up prices further. Only a major recession could break this cycle; otherwise, we are headed for an energy crisis. Of course, prices cannot continue to rise indefinitely – the price increase will ration demand.

The increase in energy demand has already led to power shortages in the oil-producing countries, which are expected to reduce exports this summer. More crude oil will be burned in power plants, more diesel will be burned in private generators, and more gasoline will be burned in SUVs from Riyadh to Kuwait City during blackouts in which the only place to keep cool will be in a moving car.

Second, there is the relationship between oil prices and the need for income diversification in the oil-producing countries. As oil prices rise, these countries’ dependence on the oil sector increases, despite all efforts to diversify their economies. To combat the impact of such dependence, they spend oil revenues on other sectors, leaving the oil sector with little investment. As global oil demand increases, there is not enough capacity to meet it – a cycle that will continue until demand collapses.

The rhetoric of energy independence in the oil-consuming countries makes the situation even worse: the oil-producing countries are building energy-intensive industries to guarantee a market for their oil once consuming nations wean themselves of imported oil. They intend to export oil embedded in other products, such as petrochemicals, plastic, aluminum, etc. And they can build such plants in faster than the oil-consuming countries can establish alternatives to oil imports, exacerbating future shortages. Again, higher prices will ration global oil demand, but only after a period of economic pain in some regions around the world.

The third factor is the vicious circle of oil prices and the value of the US dollar. Higher oil prices increase America’s trade deficits, which in turn lower the value of the dollar. Owing to the inverse relationship between oil prices and the dollar, the weaker dollar increases oil prices, which increases the trade deficit further, putting more downward pressure on the dollar. Oil prices will continue to rise until demand collapses. Statistical evidence suggests that this relationship will weaken once the real-estate market recovers, but this remains a long-run prospect.

Finally, there is the relationship between oil prices and fiscal and monetary policies in the oil-consuming countries. To combat the effect of high oil prices, consuming countries adopt expansionary economic policies, lowering interest rates and increasing government spending. This enables continued economic growth with high oil prices. But continued growth increases demand for oil, sending prices even higher. The alternative to monetary and fiscal expansion is recession, at which point oil prices would stop rising.

Given the current turmoil in the Middle East, the loss of Libyan and Yemeni oil, and increasing energy demand in the oil-producing countries, any increase in Saudi oil exports, if any, would have a limited impact on the market. Oil production does not matter; exports do, which means that announcements of increases in oil output are irrelevant for prices. Indeed, regardless of what OPEC or its members decide, the vicious cycles described here will support oil prices around the world probably in the range of $70-$90 per barrel.

That said, OPEC members and oil-consuming countries policymakers alike should not forget that nothing cures high prices like high prices.

Prior to joining NGP, Dr. Alhajji served as a professor of Economics at the University of Oklahoma (1995-1997), the Colorado School of Mines (1997-2001) and, most recently, Ohio Northern University (2001-2008) where he held the George Patton Chair of Business and Economics and taught courses in energy economics & policy, and international economics.