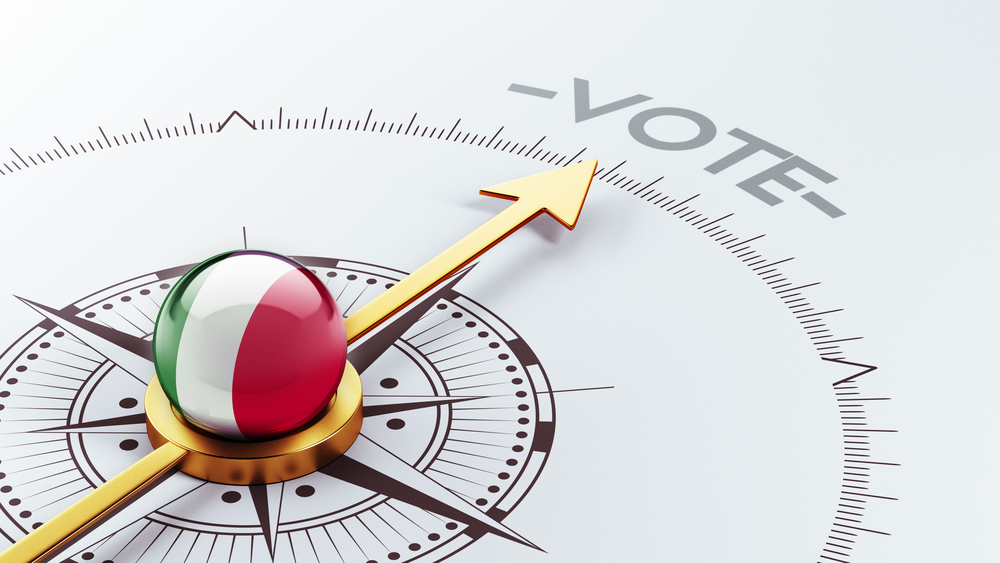 Italian Prime Minister has set the date for the constitutional referendum as late as practically possibly.  It will be held on December 4.  The issue is the perfect bicameralism that gives as much power to the Senate as the Chamber of Deputies.

Italian Prime Minister has set the date for the constitutional referendum as late as practically possibly.  It will be held on December 4.  The issue is the perfect bicameralism that gives as much power to the Senate as the Chamber of Deputies.

The referendum took on extra significance because Renzi had suggested he would resign if the referendum were not approved.  This is significant because his resignation could see the center-left PD replaced by the second largest party in Italy, the 5-Star Movement, which wants drop out of the monetary union.

Many observers continue to play up this scenario even though Renzi has backed off from this threat/pledge.  He admits that it was a mistake to link the government’s tenure to the referendum, and says he meant to underscore the importance of the political reform.  He has subsequently indicated he would not resign, and that parliamentary elections would take place as scheduled in 2018.

Walking back the resignation talk is also tactically important.  It increases the chances that the referendum can be held on the merits of the reform rather than on Renzi himself, which the opposition parties seemed to be doing.  There is genuine opposition to the constitutional reform that is based on the concern that it would concentrate too much power in the hands of the prime minister.  There is an underlying fear of another Mussolini, and, arguably, a more immediate antipathy to another Berlusconi.

All the main opposition parties in Italy are opposed to the referendum, as is the largest trade union.  Other trade unions and the industry association (Confindustria) favors the referendum.  The polls show that it remains a close contest with a large number of undecided voters.

Setting the referendum late in the year may also increase the chances of success.  First, the 5-Star Movement, vocal in its opposition, may see its own position compromised by the difficulty in transitioning from an opposition party to a governing party.  In local elections earlier this year, it carried the municipal government of Rome and is having a rough time of things, with internal divisions and resignations.

Second, it allows Renzi to focus on the 2017 budget that is due in a few weeks.  In recent weeks, he has taken on a more antagonistic stance to the EC in general, Merkel, and Hollande in particular.  Given the refugee crisis and the damage from the earthquakes, he is seeking greater fiscal flexibility that the EC may be prepared to grant.  Confronting the EU will cost Renzi no support while stealing some of the thunder of the opposition.

Third, the later the referendum, the longer Renzi can personally campaign for the referendum.  He is more enthusiastic than the opposition.  Reportedly, he has committed to an extensive grass root campaign.

The important takeaway that many observers have seemed to play down is that Renzi is no longer talking about resigning if the referendum loses.  This removes much of the disruptive potential of the referendum.  This is not to say that Italy does not have its challenges.  Growth remains poor, and the banking woes have not been convincingly addressed.

Renzi and the Italian Referendum: Disruption Potential Minimized is republished with permission from Marc to Market