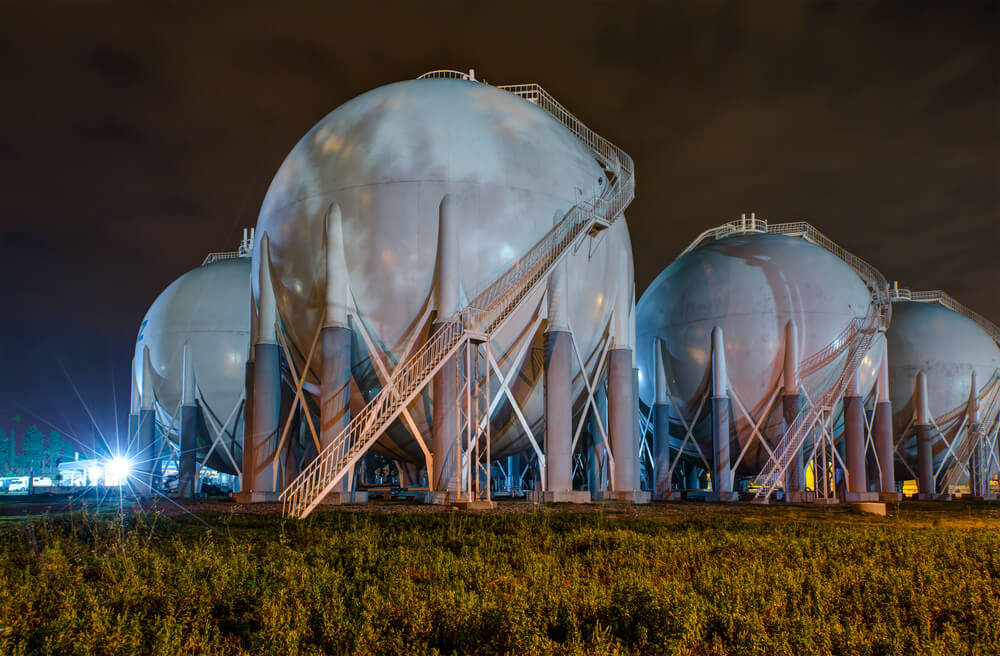 LNG was first imported to Japan by the Tokyo Electric Power Company and Tokyo Gas in 1969. Since then, the market has grown substantially and financing large LNG projects has become possible. However, the LNG market is much smaller and geographically dispersed than the crude oil market. Developing the market further requires a spot market, and there are three main requirements that need to be overcome to make the most of this opportunity.

First, storage capacity must grow. The storability of crude oil makes adjusting supply possible — essential for a spot market. Likewise, more LNG tanks must be built so that supply can respond to price changes. It is commonly assumed that storing LNG is difficult due to extreme temperature requirements. However, just like crude oil, LNG storage is feasible if investment in suitable infrastructure is made.

Second, producers and suppliers must be able to trade LNG. The clauses restricting destinations that can be delivered to should be abolished or at least made more flexible. Transportation infrastructure should also expand to allow for changing demand.

Lastly, financial institutions must provide liquidity to facilitate transactions and a means to hedge risks. The construction of a LNG production base requires large investments and most LNG trade is based on a long-term contract with the oil price as a benchmark. The involvement of major electricity and gas companies made financing big LNG related investment possible. When the oil price was high, many new projects began. Therefore, the rising oil price was the major impetus for the expansion of the LNG production. However, the expansion of the market calls for the creation of a LNG price index, which reflects demand and supply globally.

The companies dominating the oil industry predominantly use the US dollar and changing the trading currency would require an appropriate market for risk hedging. LNG sales contracts are linked with the oil price and have served the industry well as the US dollar and the oil price are negatively correlated, providing a natural hedge. However, the current low oil price creates a huge gap between the future forecasts of sellers and buyers. Sellers typically anticipate the low price to continue but buyers do not. So contract negotiations based on the link to oil have become harder to conclude.

Delinking LNG from oil will be useful for new projects and will result in delinking from the US dollar. Multiple currencies should be used since contractors and oil companies are exposed to foreign exchange risk from construction activities. If the revenue stream can be matched with its underlying cost, risks can be further mitigated.

Natural gas is typically found in rural areas. To avoid the abundance of resources hindering industrial development — the so called ‘resource curse’ — governments must solve problems associated with oligopoly and diversify the industrial base by global value chain upgrading. Such initiatives require large infrastructure projects with long life cycles, and infrastructure finance is often a bottleneck for sustainable development.

For this reason, most countries welcome foreign capital. LNG exporters can secure the revenue flow for foreign loan repayment. Given that Japan, South Korea and China are the major LNG importers, the Japanese yen, South Korean won and Chinese yuan should play a bigger role in matching the demands for infrastructure investment and LNG trade.

US consumption has contributed to world economic growth for decades. However, the US growth engine has relied on the reserve currency status of the US dollar and a current account deficit supported by US Treasury bond investors such as China, Japan and South Korea. As they transition to more consumption-driven economies and serve as a new engine of growth for the world economy, their currencies must also gain reserve currency status.

Japan, China and South Korea have a common interest, and responsibility, to establish a LNG spot market to meet future energy demand. In doing so, they may also contribute to sustainable industrial development through infrastructure investment in many parts of the world and ensure future growth for the world economy.

Is LNG the new fuel for the global economy? is republished with permission from East Asia Forum