The Fundamental Flaws of Capitalism – Why We Never Learn: Joseph E. Stiglitz 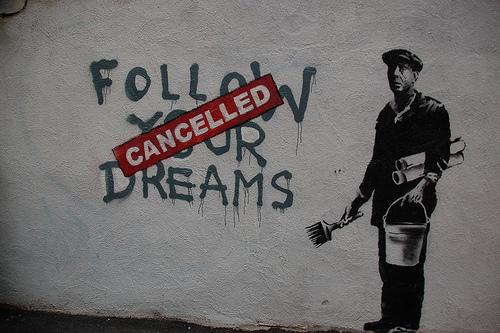 The 2008 global financial crisis was meant to be a wakeup call for policymakers around the world. Yet, in the aftermath of one of the worst financial crises ever, policymakers continue to adopt failed policies and weak strategies that threaten to curtail recovery efforts. According to Joseph Stiglitz, author of “Freefall: Free Markets and the Sinking of the Global Economy”, both the US and Europe – considered to be the bastions of western capitalism – are bound for economic failure if they choose to undertake “another costly experiment with ideas that have failed repeatedly.”

NEW YORK – Just a few years ago, a powerful ideology – the belief in free and unfettered markets – brought the world to the brink of ruin. Even in its hey-day, from the early 1980’s until 2007, American-style deregulated capitalism brought greater material well-being only to the very richest in the richest country of the world. Indeed, over the course of this ideology’s 30-year ascendance, most Americans saw their incomes decline or stagnate year after year.

Moreover, output growth in the United States was not economically sustainable. With so much of US national income going to so few, growth could continue only through consumption financed by a mounting pile of debt.

I was among those who hoped that, somehow, the financial crisis would teach Americans (and others) a lesson about the need for greater equality, stronger regulation, and a better balance between the market and government. Alas, that has not been the case. On the contrary, a resurgence of right-wing economics, driven, as always, by ideology and special interests, once again threatens the global economy – or at least the economies of Europe and America, where these ideas continue to flourish.

In the US, this right-wing resurgence, whose adherents evidently seek to repeal the basic laws of math and economics, is threatening to force a default on the national debt. If Congress mandates expenditures that exceed revenues, there will be a deficit, and that deficit has to be financed. Rather than carefully balancing the benefits of each government expenditure program with the costs of raising taxes to finance those benefits, the right seeks to use a sledgehammer – not allowing the national debt to increase forces expenditures to be limited to taxes.

This leaves open the question of which expenditures get priority – and if expenditures to pay interest on the national debt do not, a default is inevitable. Moreover, to cut back expenditures now, in the midst of an ongoing crisis brought on by free-market ideology, would inevitably simply prolong the downturn.

A decade ago, in the midst of an economic boom, the US faced a surplus so large that it threatened to eliminate the national debt. Unaffordable tax cuts and wars, a major recession, and soaring health-care costs – fueled in part by the commitment of George W. Bush’s administration to giving drug companies free rein in setting prices, even with government money at stake – quickly transformed a huge surplus into record peacetime deficits.

The remedies to the US deficit follow immediately from this diagnosis: put America back to work by stimulating the economy; end the mindless wars; rein in military and drug costs; and raise taxes, at least on the very rich. But the right will have none of this, and instead is pushing for even more tax cuts for corporations and the wealthy, together with expenditure cuts in investments and social protection that put the future of the US economy in peril and that shred what remains of the social contract. Meanwhile, the US financial sector has been lobbying hard to free itself of regulations, so that it can return to its previous, disastrously carefree, ways.

But matters are little better in Europe. As Greece and others face crises, the medicine du jour is simply timeworn austerity packages and privatization, which will merely leave the countries that embrace them poorer and more vulnerable. This medicine failed in East Asia, Latin America, and elsewhere, and it will fail in Europe this time around, too. Indeed, it has already failed in Ireland, Latvia, and Greece.

There is an alternative: an economic-growth strategy supported by the European Union and the International Monetary Fund. Growth would restore confidence that Greece could repay its debts, causing interest rates to fall and leaving more fiscal room for further growth-enhancing investments. Growth itself increases tax revenues and reduces the need for social expenditures, such as unemployment benefits. And the confidence that this engenders leads to still further growth.

Regrettably, the financial markets and right-wing economists have gotten the problem exactly backwards: they believe that austerity produces confidence, and that confidence will produce growth. But austerity undermines growth, worsening the government’s fiscal position, or at least yielding less improvement than austerity’s advocates promise. On both counts, confidence is undermined, and a downward spiral is set in motion.

Related: What Will Make the Great Financial Crisis Look Like Child's Play? The Next One: Gordon Brown

Do we really need another costly experiment with ideas that have failed repeatedly? We shouldn’t, but increasingly it appears that we will have to endure another one nonetheless. A failure of either Europe or the US to return to robust growth would be bad for the global economy. A failure in both would be disastrous – even if the major emerging-market countries have attained self-sustaining growth. Unfortunately, unless wiser heads prevail, that is the way the world is heading.

Joseph Eugene Stiglitz is a professor at Columbia University and the recipient of the Nobel Memorial Prize in Economic Sciences in 2001 and the John Bates Clark Medal in 1979. Stiglitz has authored numerous books including Freefall: America, Free Markets, and the Sinking of the World Economy (2010), Globalisation and its Discontents (2002) and Making Globalisation Work (2006).