Enter The Dragon Year – How Will Asia Fare? : Haruhiko Kuroda 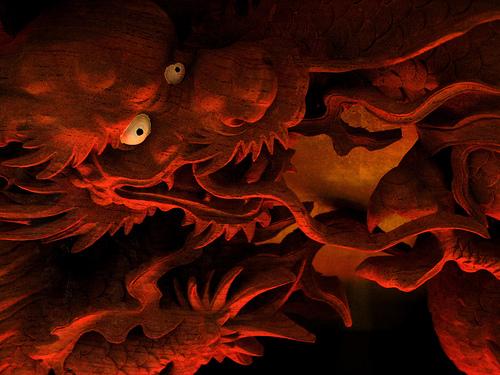 The Year of the Dragon could be a challenging time for Asian countries as uncertainties – from within and without the region – are growing rapidly. As such, a calm, sensible, and prudent approach is needed to ensure Asia’s steady economic and development transformation.

MANILA – This is the year of the “Black Water Dragon,” an astrological cycle that indicates change, but with a measure of calm, sensibility, and prudence. The people and governments of Asia certainly hope that this proves to be the case, but uncertainties – from within and without the region – are growing rapidly.

Developing Asia has performed relatively well over the past two years. It led the world out of the 2008-2009 “Great Recession,” recording 9 percent average economic growth in 2010 and solidifying that recovery by laying the basis for a more moderate – and, one hopes, sustainable –pace of economic expansion. In 2011, despite Europe’s debt struggles and an anemic recovery in the United States, developing Asia’s economies grew at a more restrained but still strong 7.5 percent average rate.

The biggest economic risk to the region is that Europe hits a financial tripwire and plummets into a deep recession, or that the US recovery stagnates during this election year. Volatility has come to define market behaviour, and Asian markets are no exception. Investor sentiment seems driven by daily events rather than longer-term trends.

Related: China vs. India – Is Either Economy At Risk? : Stephen Roach

If the eurozone crisis leads to a sovereign default, contagion could spread to the rest of the world. In the short term, Asia and other emerging economies could be hit hard as finance dries up, choking off trade and investment flows that coursed through European banks – and hitting American banks that need to shore up capital to cover their European exposure. Any new crisis would thus hurt global trade and Asia’s economic growth.

Still, for the most part, developing Asia has little external financial vulnerability. Many countries continue to run current-account surpluses, and have low external debt and high foreign reserves. Most of the region’s banking systems are sound, with a high capital base and low – for now, at least – non-performing-loan ratios.

This gives Asia more room to manoeuvre in the event of a crisis, and policymakers would likely respond with available macroeconomic tools promptly and decisively, and collaborate regionally. But we must not forget that – as 2008 showed – Asia has not decoupled from the West.

That is why European leaders must speak and act responsibly, and work harder to resolve the crisis. Europe clearly has the political and financial potential to resolve its own difficulties, with the help of European and multilateral financial institutions.

But perhaps there is something that Europe can learn from Asia. In Asia’s response to the 1997-1998 Asian financial crisis, policymakers adopted measures designed to contract, consolidate, and restructure affected financial systems, particularly banking. It was not easy, but the external environment at the time was conducive to recovery. A decade later, Asia had sufficient savings and fiscal space to stimulate a rapid, solid recovery when the global economy sputtered. Europe, too, must embrace a costly and painful adjustment process as an opportunity to fix its system.

Asia can also help the process of global economic recovery. Certainly, high-saving Asian economies can participate in external financial-bailout packages. But the best thing that Asia can do is to sustain its own robust economic growth. By generating new growth opportunities, Asia can play an increasingly critical role in stimulating the global economy.

That means that developing Asia must escalate its efforts at rebalancing growth by reducing reliance on exports and increasing domestic spending, which would help to prop up import demand. The major challenge is to keep domestic demand growing, despite the region’s strong links to the global economy. Doing so would benefit national economies, bolster regional development, and support global growth.

Related: World Bank to Asia: Use Fiscal Stimulus to Shield Against Crisis Spillovers

If Asia can overcome its short-term difficulties, and global financial markets stabilize, the region faces bright prospects. Annual GDP growth this year will likely sustain last year’s momentum and remain above 7 percent. A recent Asian Development Bank study estimates that Asia could account for about 52 percent of the global economy by 2050. But that is not a pre-ordained outcome.

In the medium term, Asia faces several challenges, a key one being rising inequality. Years of rapid economic growth have given rise to growing disparities. In urban China, for example, the Gini coefficient, a 100-point index that measures income inequality, has risen from 25.6 in 1990 to 34.8 in 2005. This is unlike the region’s past experience in the 1980’s and 1990’s, when high growth was accompanied by declining inequality.

As a result, domestic inequities now pose major risks to social stability and could hamper long-term growth prospects. That is why governments should seek to ensure that growth is inclusive, with benefits that are widely shared, including by women and the poor, and that these benefits reach isolated areas. Asia’s rapidly aging populations also require social protection, and strengthening access to healthcare and education could help the rebalancing process and contribute to global recovery.

Related: Development, But At What Price? Lessons from the Happiest Place in Asia

Growing inequality is not just an Asian issue. Inequality in Asia rose after the financial crisis of 1997-1998, and Europe will not be immune to that pattern. Europeans, too, should take steps to ensure that recovery from the current crisis is marked by inclusive growth.

As we enter the Year of the Dragon, Asia’s best contribution may be a calm, sensible, and prudent approach to mitigating any potential global crisis by continuing its steady economic and development transformation.

Haruhiko Kuroda is President of the Asian Development Bank. Before joining ADB, Mr. Kuroda was Special Advisor to the Cabinet of Japanese Prime Minister Junichiro Koizumi and a professor at the Graduate School of Economics at Hitotsubashi University in Tokyo.