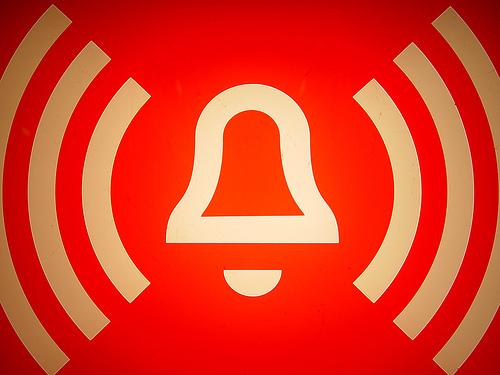 The US’s and Europe’s woes should be ringing alarm bells across Asia. Although many believe that the region can shrug off almost anything that the rest of the world dishes out, the crises in both regions have intensified Asia’s vulnerability to external shocks. This is Asia’s second wake-up call in three years, and this time the region needs to take the warning seriously.

NEW HAVEN – For the second time in three years, global economic recovery is at risk. In 2008, it was all about the subprime crisis made in America. Today, it is the sovereign-debt crisis made in Europe. The alarm bells should be ringing loud and clear across Asia – an export-led region that cannot afford to ignore repeated shocks to its two largest sources of external demand.

Indeed, both of these shocks will have long-lasting repercussions. In the United States, the American consumer (who still accounts for 71 percent of US GDP) remains in the wrenching throes of a Japanese-like balance-sheet recession. In the 15 quarters since the beginning of 2008, real consumer spending has increased at an anemic 0.4 percent average annual rate.

Never before has America, the world’s biggest consumer, been so weak for so long. Until US households make greater progress in reducing excessive debt loads and rebuilding personal savings – a process that could take many more years if it continues at its recent snail-like pace – a balance-sheet-constrained US economy will remain hobbled by exceedingly slow growth.

A comparable outcome is likely in Europe. Even under the now seemingly heroic assumption that the eurozone will survive, the outlook for the European economy is bleak. The crisis-torn peripheral economies – Greece, Ireland, Portugal, Italy, and even Spain – are already in recession. And economic growth is threatened in the once-solid core of Germany and France, with leading indicators – especially sharply declining German orders data – flashing ominous signs of incipient weakness.

Moreover, with fiscal austerity likely to restrain aggregate demand in the years ahead, and with capital-short banks likely to curtail lending – a serious problem for Europe’s bank-centric system of credit intermediation – a pan-European recession seems inevitable. The European Commission recently slashed its 2012 GDP growth forecast to 0.5 percent – teetering on the brink of outright recession. The risks of further cuts to the official outlook are high and rising.

It is difficult to see how Asia can remain an oasis of prosperity in such a tough global climate. Yet denial is deep, and momentum is seductive. After all, Asia has been on such a roll in recent years that far too many believe that the region can shrug off almost anything that the rest of the world dishes out.

If only it were that easy. If anything, Asia’s vulnerability to external shocks has intensified. On the eve of the Great Recession of 2008-2009, exports had soared to a record 44 percent of combined GDP for Asia’s emerging markets – fully ten percentage points higher than the export share prevailing during Asia’s own crisis in 1997-1998. So, while post-crisis Asia focused in the 2000’s on repairing the financial vulnerabilities that had wreaked such havoc – namely, by amassing huge foreign-exchange reserves, turning current-account deficits into surpluses, and reducing its outsize exposure to short-term capital inflows – it failed to rebalance its economy’s macro structure. In fact, Asia became more reliant on exports and external demand for economic growth.