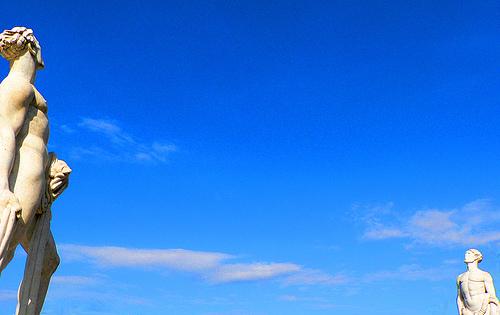 The world has turned upside down. All of a sudden, “rich” countries were the ones running large deficits, while “poor” countries ran surpluses – accumulating large stocks of external assets, including financial claims on Western economies. At first glance, this could seem to reflect what advocates of a new international economic order had in mind. But appearances can be misleading, and, in this case, they are misleading in a significant way.

NEWPORT BEACH – A new economic order is taking shape before our eyes, and it is one that includes accelerated convergence between the old Western powers and the emerging world’s major new players. But the forces driving this convergence have little to do with what generations of economists envisaged when they pointed out the inadequacy of the old order; and these forces’ implications may be equally unsettling.

For decades, many people lamented the extent to which the West dominated the global economic system. From the governance of multilateral organizations to the design of financial services, the global infrastructure was seen as favoring Western interests. While there was much talk of reform, Western countries repeatedly countered serious efforts that would result in meaningful erosion of their entitlements.

On the few occasions that such resistance was seemingly overcome, the outcome was gradual and timid change. Consequently, many emerging-market economies lost confidence in the “pooled insurance” that the global system supposedly put at their disposal, especially at times of great need.

This change in sentiment was catalyzed by the financial crises in Asia, Eastern Europe, and Latin America in the late 1990’s and early 2000’s, and by what many in these regions regarded as the West’s inadequate and poorly designed responses. With their trust in bilateral assistance and multilateral institutions such as the International Monetary Fund shaken, emerging-market economies – led by those in Asia – embarked on a sustained drive toward greater financial self-reliance.

Once they succeeded in overcoming a painful crisis-management phase, many of these countries accumulated previously unthinkable levels of international reserves as precautionary cushions. They extinguished billions in external indebtedness by generating and sustaining large current-account surpluses. And they increased the scale and scope of domestic financial intermediation in order to reduce their vulnerability to external storms.

These developments stood in stark contrast to what was happening in the West. There, unprecedented leverage, massive debt creation, and a seemingly infinite sense of credit entitlement prevailed. Financial excesses become the rule rather than the exception, facilitated by financial innovation and the erosion of lending standards and prudential regulation.

Little did these countries know that their divergent paths would end up fuelling large global imbalances, and eventually trigger a financial crisis that has shaken the prevailing international economic order to its foundations.

There is no restoring fully that order. Rather than recovering strongly, sluggish Western growth is periodically flirting with recession at a time of high unemployment and multiplying debt concerns, particularly in Europe. In an amazing turn of events, virtually every Western country must now worry about its credit ratings, while quite a few emerging economies continue to climb the ratings ladder. We can now consider the image of Western delegations heading to emerging countries to plead, cap in hand, for financial support, both direct and through the IMF.

At first blush, this unusual convergence between Western and emerging countries seems to reflect what advocates of a new international economic order had in mind. But appearances can be misleading, and, in this case, they are misleading in a significant way.

Advocates envisaged an orderly process in which economic convergence accompanied and facilitated global economic growth. They foresaw a collaborative process guided by enlightened policymaking. But what is occurring is far different and more unpredictable.

Rather than exhibiting enlightened leadership, Western policymakers have consistently lagged realities on the ground, with a bewildering mixture of denial, misdiagnosis, and bickering undermining their responses. Rather than proceeding in an orderly manner, today's global changes are being driven by the disorderly forces of de-leveraging emanating from a Europe in deep financial crisis and an America seemingly unable to restore sustained high rates of GDP growth and job creation.

Multilateral institutions, particularly the IMF, have responded by pumping an unfathomable amount of financing into Europe. But, instead of reversing the disorderly deleveraging and encouraging new private investments, this official financing has merely shifted liabilities from the private sector to the public sector. Moreover, many emerging-market countries have noted that the policy conditionality attached to the tens of billions of dollars that have been shipped to Europe pales in comparison with what was imposed on them in the 1990’s and early 2000’s.

Fortunately, despite having lagged rather than led this process of consequential (and increasingly disorderly) global change, it is not too late for policymakers to catch up. But doing so requires more than just better national policymaking in Europe and America; it is also time for urgent and deep reform of the multialateral system and its main institutions. That process requires joint leadership by the emerging world as a true equal and partner of Western powers.