Can Asia Overcome Its Vulnerability To The European Crisis? : Stephen Roach 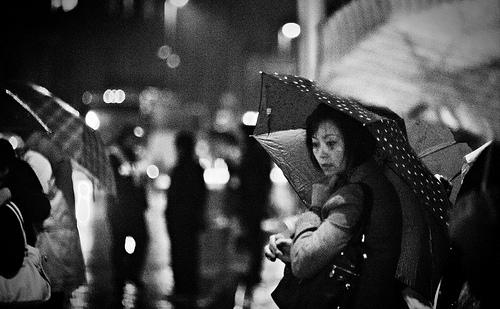 With the exception of Japan, the rest of Asia came through the 2008 financial crisis with relatively little damage. But for the second time in less than four years, the region now faces another major external demand shock, which could turn a mild recession into something far worse.

NEW HAVEN – Asian authorities were understandably smug in the aftermath of the financial crisis of 2008-2009. Growth in the region slowed sharply, as might be expected of export-led economies confronted with the sharpest collapse in global trade since the 1930’s. But, with the notable exception of Japan, which suffered its deepest recession of the modern era, Asia came through an extraordinarily tough period in excellent shape.

That was then. For the second time in less than four years, Asia is being hit with a major external demand shock. This time it is from Europe, where a raging sovereign-debt crisis threatens to turn a mild recession into something far worse: a possible Greek exit from the euro, which could trigger contagion across the eurozone. This is a big deal for Asia.

Financial and trade linkages make Asia highly vulnerable to Europe’s malaise. Owing to the former, the risks to Asia from a European banking crisis cannot be taken lightly. Lacking well-developed capital markets as an alternative source of credit, bank-funding channels are especially vital in Asia.

Indeed, the Asian Development Bank estimates that European banks fund about 9 percent of total domestic credit in developing Asia – three times the share of financing provided by banks based in the United States. The role of European banks is especially significant in Singapore and Hong Kong – the region’s two major financial centres. That means that Asia is far more exposed to an offshore banking crisis today than it was in the aftermath of Lehman Brothers’ collapse in 2008, which led to a near-meltdown of the US banking system.

Related: World Bank to Asia: Use Fiscal Stimulus to Shield Against Crisis Spillovers

The transmission effects through trade linkages are just as worrying. Historically, the US was modern Asia’s largest source of external demand. But that appears to have changed over the past decade. Seduced by China’s spectacular growth, the region shifted from US- to China-centric export growth.

That seemed like a good move. Combined shipments to the US and Europe fell to 24 percent of developing Asia’s total exports in 2010 – down sharply from 34 percent in 1998-1999.  Meanwhile, over the same period, Asia’s dependence on intraregional exports – trade flows within the region – expanded sharply, from 36 percent of total exports in 1998 to 44 percent in 2010.

These numbers seem to paint a comforting picture of an increasingly autonomous Asia that can better withstand the blows from the West’s recurring crises. But research by the International Monetary Fund shows that, beneath the veneer, 60-65 percent of all trade flows in the region can be classified as “intermediate goods” – components that are made in countries like Korea and Taiwan, assembled in China, and ultimately shipped out as finished goods to the West.

With Europe and the US still accounting for the largest shares of China’s end-market exports, there can be no escaping the tight linkages of Asia’s China-centric supply chain to the ups and downs of demand in the major developed economies. Moreover, there is an important and worrisome twist to those linkages: China itself has tilted increasingly toward Europe as its major source of external demand. In 2007, the European Union surpassed the US as China’s largest export market. By 2010, the EU accounted for 20 percent of total Chinese exports, while the US share was just 18 percent.

In other words, a China-centric Asian supply chain has made a big bet on the grand European experiment – a bet that now appears to be backfiring. Indeed, in China, a now-familiar pattern is playing out yet again – another slowdown in domestic growth stemming from a crisis in the advanced economies of the West. And, as goes China, so will go the rest of an increasingly integrated Asia.

The good news is that, so far, the downside has been much better contained than was the case in late 2008 and early 2009. Back then, Chinese exports went from boom to bust in just seven months – from 26 percent annual growth in July 2008 to a 27 percent decline in February 2009. This time, the annual export gain has slowed from 20 percent in 2011 to 5 percent in April 2012 – a significant deceleration, to be sure, but one that stops well short of the previous outright collapse. That could change in the event of a disorderly euro breakup, but, barring that outcome, there is reason to be more sanguine this time around.

The bad news is that Asia seems to be learning little from repeated external demand shocks. In the end, internal demand is the only effective defense against external vulnerability. Yet the region has failed to construct that firewall.

Related: China vs. India – Is Either Economy At Risk? : Stephen Roach

On the contrary, private consumption fell to a record-low 45 percent of developing Asia’s GDP in 2010 – down ten percentage points from 2002. In these circumstances, immunity from external shocks – or “decoupling,” as it is often called – seems fanciful.

As with most things in Asia nowadays, China holds the key to supplying Asia’s missing consumer demand. The recently enacted 12th Five-Year Plan (2011-15) has all the right ingredients to produce the ultimate buffer between the dynamism of the East and the perils of a crisis-battered West. But, as the euro crisis causes China’s economy to slow for the second time in three and a half years, there can be little doubt that implementation of the Plan’s pro-consumption rebalancing is lagging.

There are no oases of prosperity in a crisis-prone globalized world. That is equally true for Asia, the world’s fastest-growing region. As Europe’s crisis deepens, the twin channels of financial and trade linkages have placed Asia’s economies in a vice. Rebalancing is the only way out for China and its partners in the Asian supply chain. Until that occurs, the vice now gripping Asia will only continue to tighten.

See also: Enter The Dragon Year – How Will Asia Fare? : Haruhiko KurodaSee also: China vs. India – Is Either Economy At Risk? : Stephen Roach