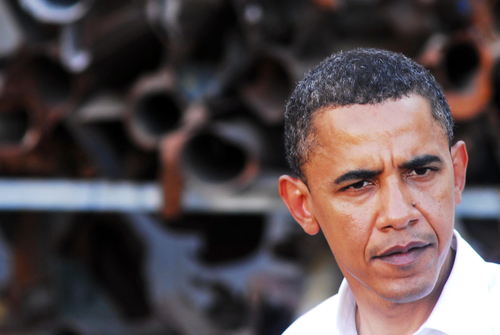 U.S. President Barack Obama first shot to global prominence in 2004 as a uniter, not a divider. But while most of the blame for Washington’s gross dysfunction will probably lie at the feet of the Republican right, that hates Obama with a rare passion, the Obama presidency may well soon be over – at least in terms of his ability to move the policy dial at home and abroad.

U.S. President Barack Obama first shot to global prominence in 2004 as a uniter, not a divider. But while most of the blame for Washington’s gross dysfunction will probably lie at the feet of the Republican right, that hates Obama with a rare passion, the Obama presidency may well soon be over – at least in terms of his ability to move the policy dial at home and abroad.

Most commentary on the U.S. government shutdown concerns the apparent disregard some pigheaded Republicans have for the harm it could do to the American and global economies. While the shutdown will likely be relatively short and its impact quite small, attention is already shifting to a potentially much more dangerous repeat performance over raising the debt ceiling in a couple of weeks.

No matter how ugly the politics gets over the next fortnight, and no matter how much the Tea Party cannot bear to see Obamacare implemented, good sense will most inevitably win out. The small number of moderate Republicans Obama needs will ultimately agree yet again to raise the debt ceiling rather than face the spectre of sovereign default by the world’s largest economy and its reserve currency, with Republican Speaker John Boehner already saying as much.

Budget and debt ceiling impasse is a very big story. But an even bigger one is quietly looming.

The Obama presidency may well soon be over, at least in terms of his ability to move the policy dial at home and abroad over the remaining three years he has in the White House.

When Obama was re-elected less than 12 months ago, his second term agenda was ambitious and clear.

On the international front, Obama wanted to build on his first term’s ending of Bush’s wars in Afghanistan and Iraq by supporting the Arab Spring’s transition into stabler democracy and then pivoting his foreign policy away from the Middle East and towards Asia.

A year later, every element of that agenda is now in trouble if not yet in tatters.

Washington is grossly dysfunctional. Most of the blame lies at the feet of the Republican right that hates Obama with a rare passion.

But Obama shot to global prominence in 2004 as a uniter not a divider. His 2008 victory, his GFC stimulus in partnership with the Ben Bernanke’s Federal Reserve, and the passage into law of the most important health care reforms in 50 years, were all evidence that “yes, he could”.

No more, ever since the Tea Party insurgency helped the Republicans win control of the House of Representatives in 2010. Now they are determined to fight tooth and nail against what they and many voters consider the un-American policy lynchpin of Obamacare — mandating that all Americans take out health insurance. They cannot undo the legislation they despise, but they can make and have made forward movement – on anything – extremely difficult and very painful for Obama.

The president’s ballyhooed gun control push died with barely a whimper in Congress because opposition to Obama’s agenda extended beyond the Tea party, with salt rubbed into the wounds by the recent massacre on a U.S. Navy base near Washington.

Immigration reform is proceeding at best at glacial pace, again with a reasonably broad coalition of Republicans and some conservative or endangered Democrats insisting that the border with Mexico must first be secured by more fences and walls as well as more law enforcement.

Obama’s vision of a grand bargain to stabilise the U.S. budget for the long run continues to fall on deaf ears, with big budget deficits projected as far as the eye can see. Except extreme fiscal hawks like Paul Ryan who want to take health care off the government balance sheet by privatising it, no one has a plan to rein in health care costs that are almost double those of most western countries. Obama was able to modestly increase taxes on millionaires in the run-up to 2012; But no one has the stomach for the much broader and bigger tax hikes the US will need as ever more baby boomers retire.

On the foreign policy front, the government shutdown has now forced Obama to cancel next week’s trip to Asia. That means no APEC, no ASEAN forum, no East Asian Summit and no progress on the Trans Pacific Partnership for free trade for America’s proclaimed “Pacific president”. At the same time, China’s assertions of sovereignty in disputed parts of the East and South China seas are unabated, despite repeated US’s warning against Chinese maritime aggression.

More generally, crises continue to draw the U.S. back into the Middle East, even if Obama would prefer to focus his strategic gaze on Asia.

All U.S. combat troops have left Iraq and will soon exit Afghanistan. But it is hard to see that either country is in better shape now than ten years ago.

Obama has been associated with what became the Arab Spring since at least his 2009 Cairo speech that may well have played a part in inspiring it. After the success of the no fly zone in Libya Obama supported if not led, Egypt is again unstable and volatile, possibly the result of an old style military coup with the US sitting on the sidelines.

Syria’s bloody civil war is an ongoing human disaster. Obama’s call to arms after Bashar Assad’s chemical weapons attack on his own people was met with a divided Congress, a no vote from the U.S.’s “special relationship” partner, the U.K., and a weak United Nations deal brokered by Vladimir Putin. Leadership from behind, say Obama’s critics.

Who knows if Obama’s phone call with his new seemingly moderate counterpart in Iran will lessen its nuclear ambitions. Certainly Benjamin Netanyahu doesn’t think so, while Israel continues openly to defy Obama’s call to end settlement building in Palestinian territory.

Related: Is The US-Israel ‘Marriage’ Breaking Up?: George Friedman

Obama’s legacy will no doubt be debated for decades. An extraordinary orator who saved the U.S. and the world from another Depression, ended George Bush’s much hated wars and enacted the biggest health care reforms in 50 years. A pretty good record, but mostly in his first term. Even Obama’s biggest boosters are not confident he will add materially to this list before he leaves the Oval Office.

[quote]All second term presidents become lame ducks at some point. But recent events at home and abroad suggest Obama’s requiem may come sooner than we could ever have imagined.[/quote]

Professor Geoffrey Garrett is the Dean of the Australian School of Business at the University of New South Wales. He was previously founding CEO of the United States Studies Centre and Professor of Political Science at the University of Sydney, President of the Pacific Council on International Policy in Los Angeles and before that Dean of the UCLA International Institute.

This article was originally published at The Conversation. Read the original article.