Will Politics Continue To Dominate The World Economy In 2013?: Mohamed El-Erian 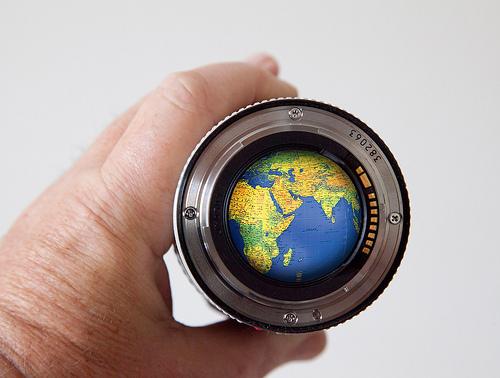 How politics and economics interact nationally and globally is one of the important questions for 2013 and beyond. There are three scenarios: good economics and effective politics provide the basis for a growing and more cooperative global economy; bad economics interact with dysfunctional politics to ruin the day; or the world muddles through, increasingly unstable, as a tug of war between economics and politics plays out, with no clear result or direction.

NEWPORT BEACH – Watching America’s leaders scramble in the closing days of 2012 to avoid a “fiscal cliff” that would plunge the economy into recession was yet another illustration of an inconvenient truth: messy politics remains a major driver of economic developments.

In some cases during 2012, politics was a force for good: consider Prime Minister Mario Monti’s ability to pull Italy back from the brink of financial turmoil. But, in other cases, like Greece, political dysfunction aggravated economic problems.

Close and defining linkages between politics and economics are likely to persist in 2013. Having said this, we should also expect much greater segmentation in terms of impact – and that the consequences will affect both individual countries and the global system as a whole.

In some countries – for example, Italy, Japan, and the United States – politics will remain the primary driver of economic-policy approaches. But elsewhere – China, Egypt, Germany, and Greece come to mind – the reverse will be true, with economics becoming a key determinant of political outcomes.

This duality in causation speaks to a world that will become more heterogeneous in 2013 – and in at least two ways: it will lack unifying political themes, and it will be subject to multi-speed growth and financial dynamics that imply a range of possible scenarios for multilateral policy interactions.

With an election looming in Italy, the country’s technocratic interim administration will return the reins of power to a democratically elected government. The question, both for Italy and Europe as a whole, is whether the new government will maintain the current economic policy stance or shift to one that is less acceptable to the country’s external partners (particularly Germany and the European Central Bank).

Monti may or may not be involved in the new government. The further removed from it he is, the greater the temptation will be to alter the policy approach in response to popular pressures. This would involve less emphasis on fiscal and structural reforms, raising concerns in Berlin, Brussels, and Frankfurt.

Japan’s incoming government has already signalled an economic-policy pivot, relying on what it directly controls (fiscal policy), together with pressure on the Bank of Japan, to relax the monetary-policy stance, in an effort to generate faster growth and higher inflation. In the process, officials are weakening the yen. They will also try to lower Japan’s dependence on exports and rethink sending production facilities to lower-wage countries.

The economic impact of politics in the US, while important, will be less dynamic: absent a more cooperative Congress, politics will mute policy responses rather than fuel greater activism. Continued congressional polarization would maintain policy uncertainty, confound debt and deficit negotiations, and impede economic growth. From stymieing medium-term fiscal reforms to delaying needed overhauls of the labour and housing markets, congressional dysfunction would keep US economic performance below its capacity; over time, it would also eat away at potential output.

In other countries, the causal direction will run primarily from economics to politics. In Egypt and Greece, for example, rising poverty, high unemployment, and financial turmoil could place governments under pressure. Popular frustration may not wait for the ballot box. Instead, hard times could fuel civil unrest, threatening their governments’ legitimacy, credibility, and effectiveness – and with no obvious alternatives that could ensure rapid economic recovery and rising living standards.

In China, the credibility of the incoming leadership will depend in large part on whether the economy can consolidate its soft landing. Specifically, any prolonged period of sub-7 percent growth could encourage opposition and dissent – not only in the countryside, but also in urban centres.

Then there is Germany, which holds the key to the integrity and unity of the eurozone. So far, Chancellor Angela Merkel has been largely successful in insulating the German economy from the turmoil elsewhere in Europe. Unemployment has remained remarkably low and confidence relatively high. And, while growth has moderated recently, Germany remains one of Europe’s best-performing economies – and not just its paymaster.

While some would have favoured greater policy activism, Merkel’s Germany has provided a steady anchor for a eurozone struggling to end bouts of financial instability and put an end to questions about its survival as a well-functioning monetary union (one that aspires to becoming much more). A change in German leadership would, therefore, raise questions about Europe’s policy underpinning.

The Political Economy In 2013

How politics and economics interact nationally and globally is one of the important questions for 2013 and beyond. There are three scenarios: good economics and effective politics provide the basis for a growing and more cooperative global economy; bad economics interact with dysfunctional politics to ruin the day; or the world muddles through, increasingly unstable, as a tug of war between economics and politics plays out, with no clear result or direction.

Part of the answer depends on what happens in three countries in particular – China, Germany, and the US. Their economic and political stability is essential to the well-being of a world economy that has yet to recover fully from the 2008 global financial crisis.

Current indications, albeit incomplete, suggest that the three will continue to anchor the global economy in 2013. That is the good news. The bad news is that their anchor may remain both tentative and insufficient to restore the level of growth and financial stability to which billions of people aspire.