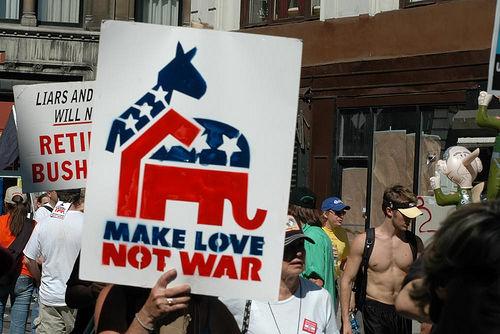 The need to address America's fiscal situation has just been magnified by a warning from Moody’s that the US could lose its top credit rating if Congress fails to make progress on medium-term fiscal reforms. But why didn't the imposition of a "fiscal cliff" in 2011 succeed in focusing US politicians' minds?

NEWPORT BEACH – It sounded like a really clever idea: Use a very public and sizeable threat to get bickering politicians to collaborate and compromise. Well, it has not worked so far, and the already-sizeable stakes just got bigger.

No, I am not talking here about Europe’s debt crisis, decisive resolution of which still requires greater cooperation and shared responsibility, both within individual eurozone member states and between creditor and debtor countries. I am referring to the complex fiscal situation in the United States – a fluid problem that has just been rendered more consequential by the recent warning from the ratings agency Moody’s that the US could lose its top credit rating next year if Congress fails to make progress on medium-term fiscal reforms.

Hobbled by the self-inflicted wounds of the debt-ceiling debacle in the summer of 2011 – which undermined economic growth and job creation, and further damaged Americans’ confidence in their political system – the US Congress and President Barack Obama’s administration recognized the need for a measured and rational approach to fiscal reform. To increase the likelihood of this, they agreed on immediate spending cuts and tax increases that would automatically kick in (the “fiscal cliff”) if agreement on a comprehensive set of fiscal reforms eluded them.

On paper, at least, this sizeable threat – involving blunt fiscal contraction amounting to some 4 percent of GDP – should have properly aligned incentives in Washington, DC. After all, no politician would wish to go down in history as being responsible for pushing the country back into recession at a time when unemployment is already too high, income and wealth inequalities are increasing, and a record number of Americans live in relative poverty.

Related: Downgrade Doldrums: US Credit Rating May Drop Even if Debt Deal is Reached

Yet, so far, the threat has not worked. To understand why, we can appeal to game theory, which provides economists and others a powerful framework with which to explain the dynamics of both simple and complex interactions.

The objective of threatening a fiscal cliff was to force a “cooperative outcome” on an increasingly “non-cooperative game.” But, in the absence of a credible enforcer (and lacking sufficient mutual assurances), participants felt that they had more to gain from continuing their non-cooperative behaviour.

Politicians on both sides of America’s political divide have generally felt that compromise would be viewed as a sign of weakness. Moreover, too many have made prior commitments – for example, promising never to increase taxes – that they find hard to break, especially ahead of elections that both sides deem to be of defining significance for the country’s future, reflected in the candidates’ campaigns, which are getting nastier by the day.

The cost-benefit calculations will likely evolve after the election in November. At that point, the cost of being singled out as collaborating with members of the other side – and thus the risk of being unseated by more extreme forces in one’s party – may well decline. Moreover, since early September, the potential benefits of cooperation now include avoiding an embarrassing credit-rating downgrade next year if medium-term fiscal reform does not materialize.

I suspect that some will be quick to dismiss the consequences of a Moody’s downgrade. And it certainly is tempting to do so. After all, the global financial crisis badly damaged the credibility of ratings agencies as a whole. Moreover, one would be hard pressed to identify any meaningful hit to the US from the decision by another major agency, Standard & Poor’s, to downgrade America’s sovereign rating in August 2011.

Related: Appetite For Self-Destruction: Have Rating Agencies Lost The Plot?

On the contrary, rather than spiking higher following S&P’s unprecedented move, US market interest rates continued to fall, reaching record-low levels. This seemingly contradictory fall in financing costs reflected an abundance of foreign capital seeking to invest in the US, including money fleeing from Europe. The absence of any adverse impact on government finances may thus lead some to dismiss the impact of a potential Moody’s downgrade in 2013.

Yet, those of us who are exposed on a daily basis to the inner workings of financial markets would caution against too upbeat an attitude toward a second downgrade by a major ratings agency. Moreover, the potential impact certainly is not linear.

Owing to the way that investment contracts are written and guidelines specified, there is a meaningful difference between a single and multiple rating downgrades. Were Moody’s to follow S&P in stripping the US of its triple-A rating, the most likely outcome is that the universe of global investors who are both able and willing to increase their holdings of US government securities would shrink over time.

Fortunately for the US, the immediate adverse impact on borrowing costs would be alleviated, if not nullified, by investors’ lack of readily available alternatives to US government bonds, as well as a Federal Reserve that has been buying large volumes of US Treasuries. But this is not a long-term risk worth taking.

Historically, it has taken countries many years of difficult fiscal-policy efforts to regain a triple-A status. And, while no one can be certain about where the limits lie, there are both theoretical and operational bounds to how many government bonds can (and should) be placed on the balance sheet of a modern, well-functioning central bank.

All of this suggests that, whether in the lame-duck congressional session following the elections or in the first few months of the new Congress, US politicians will likely dismantle the fiscal cliff. Based on an assessment of potential commonality among the political parties, such a compromise would limit the contractionary fiscal impact to some 1.5 percent of GDP.

Such a mini-bargain would go a long way toward reducing the risk of a serious US recession. But it would fall short of the type of fiscal reforms that would satisfy Moody’s. Such reforms require a grand bargain between America’s political parties, which in turn presupposes visionary leadership by both of them.