Home » Why 2016 Presidential Candidates Should Talk About ‘Classes’

Why 2016 Presidential Candidates Should Talk About ‘Classes’ 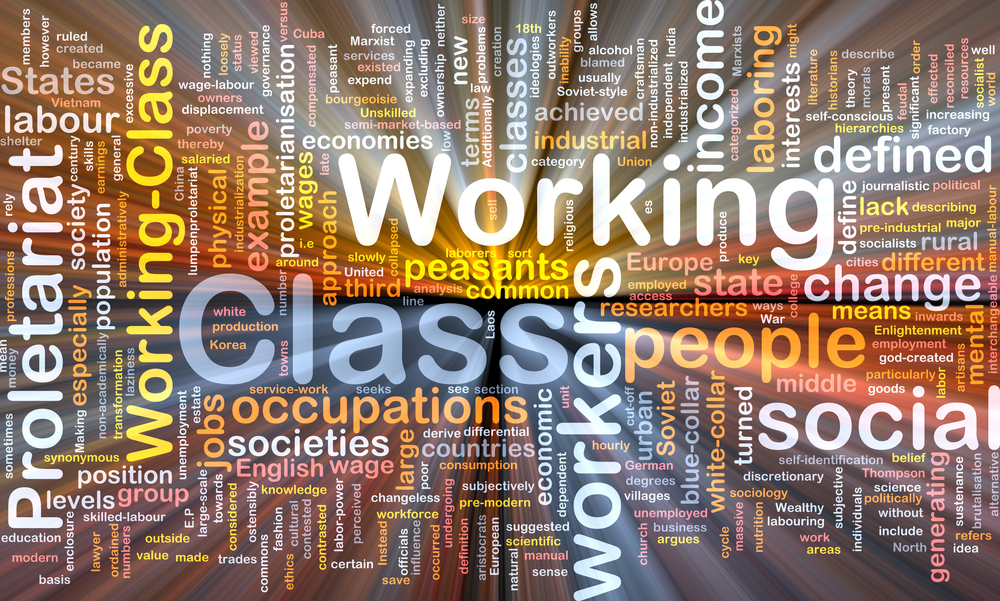 In the campaign ahead, these struggling Americans will be called many things: “forgotten,” “hardworking,” “ordinary,” “everyday,” and of course, “middle class.”

What they will not be called is “working class.” To the extent that anyone refers to the “working class,” it will be as a not-so-coded reference to white, male, blue-collar workers, even though the term can apply to people of both genders, and any race, in many different sorts of work.

This failure to talk about class obscures one of the primary drivers of the growth in income inequality: the decline of labor unions. Research I have been conducting on the intersection of political sociology, inequality, and social policy suggests that union decline is linked to a political process that has pushed class issues off the table in the US – unlike Canada, where the income gap has not widened nearly as much.

If the current crop of US presidential candidates really wants to address the growing inequality gap in America, getting class back on the agenda would be a good place to start.

The steady erosion of organized labor

Some might dismiss this as mere semantics, but the absence of a robust discussion of class has real costs.

Consider what has happened to US labor unions. In theory, and usually in practice, unions are working-class organizations. In a world where the wealthy have an outsized say in politics and public policy, unions are among the only organizations designed with the explicit purpose of balancing the scales.

Forty years ago, roughly one in three Americans held a union card. Today that number stands at barely one in 10. Why have unions declined so much? Some claim that unions fell victim to globalization or the rising service economy, but many other countries have faced similar changes without experiencing as much union decline.

Others point to declining popularity, even though Gallup polls show that union approval remains far higher than union membership rates would suggest. Another possible culprit is laws that weaken labor, but this leaves unanswered why law and jurisprudence turned against labor. While the popularity of unions has declined in both the US and Canada, it has remained comparable, despite suggestions to the contrary. Gallup, Author provided

Here is a new theory that I expound upon in detail in a recent article and a forthcoming book: unions declined because class issues have been de-legitimized in America. In a nation where class is politically invisible, unions have been unable to claim a legitimate role as defenders of working class interests.

Instead, many consider unions to be just another special interest. For decades now, labor’s status as a special interest has weakened unions’ legitimacy, eroded workers’ legal protections, and constrained labor’s ability to act.

Union decline was not just the result of rhetoric.

“Special interest” defines a role showing how the legal system and political parties view unions. Unions many times adopt this role.  The combination has been toxic for unions and workers alike.

Pro-labor proposals that reduce inequality and benefit workers overall have come to appear as the particular demands of a narrow Democratic Party constituency. It is what has allowed politicians like Wisconsin Governor and presidential hopeful Scott Walker to foment anti-union resentment by pitting unionized “haves” against taxpayer “have-nots.” However, it is also a key part of what has allowed Democrats to sideline labor law reform while taking unions’ political support for granted.

Compare what happened to US unions with what happened to organized labor next door, in Canada. While the US is much more populous, the two nations are quite socially and economically similar, but differ dramatically when it comes to unions. In fact, as the chart below shows, unionization rates in Canada are now nearly three times higher than they are in the US. Not coincidentally, inequality is also lower in Canada, and its social safety net is stronger. While union membership as a share of non-agricultural workers has remained at around one-third in Canada, it has fallen dramatically in the US. Barry Eidlin, Class vs. Special Interest, Appendix B, Author provided

Until the mid-1960s, Canada and the US had parallel labor movements. Then everything changed.

What happened? Many people think that Canada’s stronger labor laws explain the difference, but my research shows that Canadian labor law was more unfriendly to unions than US law prior to the divergence, and most labor-friendly changes in Canadian law came only a decade or more after the divergence was under way.

So why did Canadian labor law become friendlier to unions, while US law went the other way? Unlike in the US, Canadian unions were not painted as a “special interest.” In politics and in the courts, unions were accepted as legitimate representatives of working-class interests.

This was not out of any pro-labor sentiment on the government’s part. To the contrary, it was an effort to keep labor in check. Nonetheless, the result was that labor law did not erode as much over time, and unions were better able to serve as a counterbalance to employers’ power in the economic and political arenas. As a result, even though inequality has grown in Canada as well, it has not grown nearly as much as in the US. Income inequality in the US and Canada, as measured by how much of total income is captured by the top 1% of earners, has historically correlated pretty closely. That changed in the ‘80s as it surged in the US but rose much less in Canada. World Top Incomes Database, Author provided

What can Americans learn from this Canadian comparison?

First, unions must find a way to counter the “special interest” narrative and recapture their role as defenders of broad working-class interests.

More broadly, politicians, civic leaders, and organizations seeking to stem rising inequality need to stop talking about a mushy – and somewhat meaningless and outdated – “middle class.” They need to acknowledge the real and growing class divide between the wealthy and the working class.

Isn’t talking about class divides politically dangerous, even un-American? True, some fear that discussing class runs the risk of appearing “divisive,” or even worse, engaging in “class warfare.”

But such discussions are not impossible and have much deeper roots than the Occupy movement’s rhetoric of the 99% and the 1%. For starters, recent surveys show that nearly as many Americans self-identify as “working class” compared with “middle class.”

In addition, there is historical precedent. Frank discussions of class could build on a labor tradition that goes back to the 19th century, before labor had any rights. Then, so-called “labor republicans” built a powerful, broad-based movement that fought unapologetically for working-class interests, couched in a rhetoric based in the tropes of American democracy.

There are no quick fixes for reversing US unions’ decline. However, fighting to break out of the “special interest” straitjacket must be a central part of any effort to do that. In addition, with growing inequality showing no signs of letting up, reversing the decline is an ever more important task.