Home » Can Vietnam Become a New Asian Tiger When New Leaders are Selected in 2016?

Can Vietnam Become a New Asian Tiger When New Leaders are Selected in 2016? 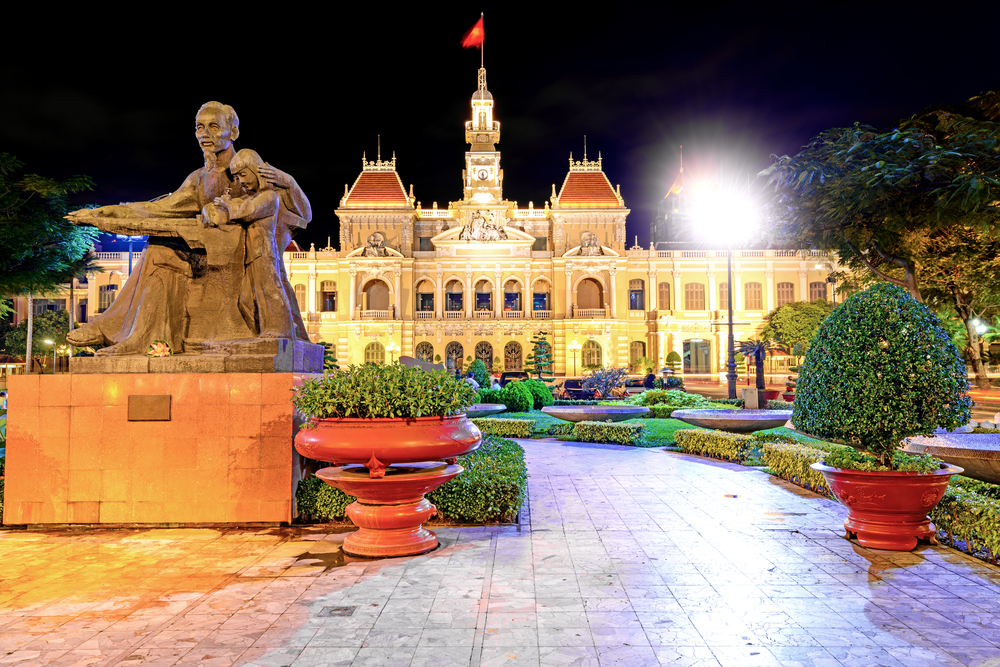 In 2016, Vietnam’s ruling Communist Party (CPV) will convene its 12th congress to select new leaders for itself and the country it rules. With new leaders will come new policies, but those who hope for the second coming of reform (doi moi lan 2) will likely be frustrated. Any changes will be insufficient to turn Vietnam into a new Asian tiger.

In 2016, Vietnam’s ruling Communist Party (CPV) will convene its 12th congress to select new leaders for itself and the country it rules. With new leaders will come new policies, but those who hope for the second coming of reform (doi moi lan 2) will likely be frustrated. Any changes will be insufficient to turn Vietnam into a new Asian tiger.

Paradoxically, what is commonly called the reform era in Vietnam is not a period where reform prevails. The collapse of communist regimes in Eastern Europe in the late 1980s was a traumatic experience that defined the strategic outlook of Vietnam’s ruling class in the following decades. As a result, the leitmotif of doi moi is not reform but stability uber alles.

When faced with a choice between continuity and change, Vietnam’s ruling elite opted for ‘continuity plus’, where the ‘plus’ is often kept minimal. Although the commitment to reform was reiterated each time, the Communist Party convened its national congress, each time it chose a conservative as its general secretary and as the country’s supreme leader.

The regime has systematically pursued measures aimed at maintaining its grip on power. These include granting financial and operative privileges to the military, security and police forces. Successive Communist Party chiefs have also all sought a strategic alliance with China to secure foreign support for the regime.

Another policy is to promote ‘red princelings’ to leadership positions. The conspicuous cases of the sons of the former Party chief, Nong Duc Manh, and the current Prime Minister, Nguyen Tan Dung — who are now unusually young members of the Party Central Committee — are only indications of a more general phenomenon across all levels.

While these measures created structural resistance to change, three decades of doi moi have also created an environment that necessitates change. Domestic sentiment is clearly in favour of the free-market system and a security alliance with the West. A survey conducted by the Pew Research Center in 2014 shows that 95 percent of Vietnamese respondents support the free market. When asked in another 2014 Pew survey, what country Vietnam could most rely on as a dependable ally in the future, 30 percent of respondents thought the United States, 25 percent believed Russia would be a dependable ally and 15 percent said Japan.

The last decade also saw civil society on the rise despite the fact that the Law of Associations, a general code that is intended to regulate civil society groups, is still pending after 23 years of drafting. Thanks to social media, people are now able to build networks, share ideas, have their voices heard and coordinate actions outside what the government can easily control. Indicative of this are the recent protests against a tree-felling plan by the local government in Hanoi, spurred by journalist Tran Dang Tuan. Growing ‘blogger power’ is a voice the government ignores at its own peril.

Partly intertwined with the rise of civil society is the return of patriotism, which in its contemporary form tends to be anti-China and pro-Western. Suppressed during the 1990s and 2000s, this nationalist sentiment has been reinvigorated by the conflict with China in the South China Sea. Such sentiment has recently exerted substantial pressure on the government to veer away from the Chinese orbit.

Pressure for change also comes from the economy. While it has been growing at between 5 and 6 percent a year, Vietnam’s economy is qualitatively stagnant. As an indicator of institutional reform and technological innovation, total factor productivity contributed only 6.4 percent to GDP growth in the period 2007–2012.

With pressure for change mounting, leaders are compelled to act. Instead of deepening reform in accordance with the calls of a growing chorus of intellectuals, Vietnam’s rulers have taken a different path.

The mixture of communism and capitalism in the doi moi era has promoted rent-seeking activities that use power to make money and use money to buy power. By 2006, rent-seekers became the dominant bloc in the ruling elite and the Party Central Committee. As such, they were able to thwart the anti-corruption campaign championed by Party chief Nguyen Phu Trong and rescue Prime Minister Nguyen Tan Dung from attempts to unseat him.

At the same time as resisting reform, rent-seekers are flexible enough to shape a new regime that suits their interests. Their ambitions and internal rivalries will be the biggest wild card in the run-up to the 12th CPV Congress and in the years to come.

Will the 2016 congress be the moment of change in Vietnamese politics? is republished with permission from East Asia Forum