Home » That’s One Tough Dollar, but Oddly Down for September

That’s One Tough Dollar, but Oddly Down for September 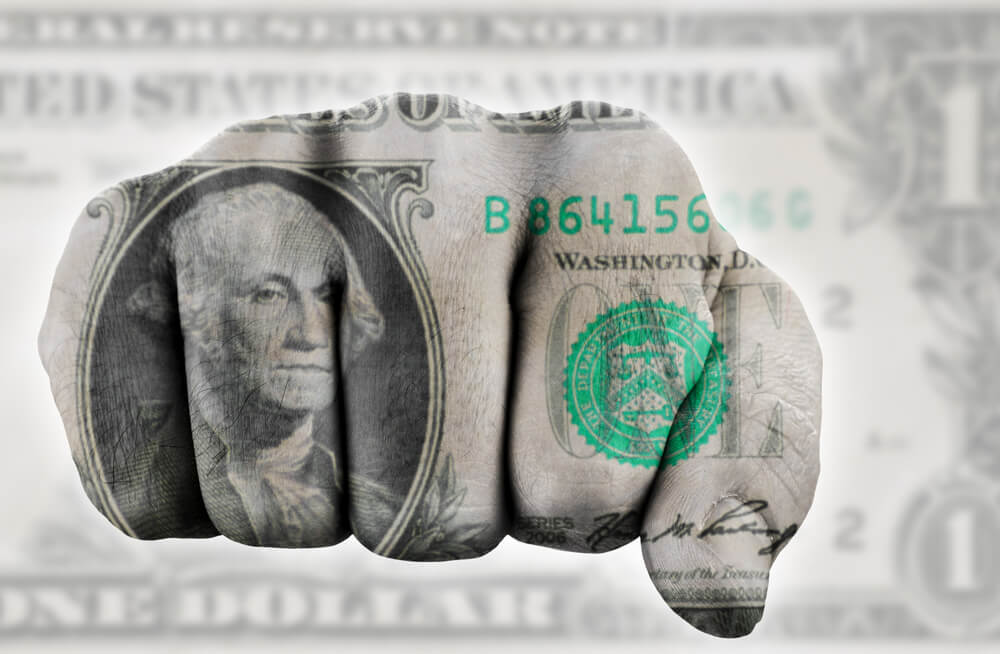 Global equities are trading heavily, and investors’ angst is lending support to bond markets.  The concerns about the contagion effect emanating from Germany’s largest bank are taking a toll on sentiment.  Deutsche Bank stock fell to a new record low in the European morning but has turned higher in subsequent turnover.  Nevertheless, the financial sector is Europe is off twice what the loss of the overall market.  The Dow Jones Stoxx 600 is off 1%, while the financial sector is off more than 2%.  Italian banks share index is off 2.5% and is near two-month lows.

The MSCI Asia-Pacific Index fell 1%, to record its largest loss in three weeks.  Japan’s Topix was off 1.5%, with financials off 2.2%.  Chinese stock markets managed to buck the trend to post minor gains, but even in Shanghai, banks shares ended lower.  Separately, China’s Caixin manufacturing PMI edged to 50.1 from 50.0.  The average in Q3 was 50.2.  That is the highest quarterly average since Q3 2014, and provides another piece of data suggesting that Chinese economy has stabilized, albeit at lower levels and with higher debt.  Chinese markets are closed the next week for national holidays, though official PMI data will be reported over the weekend.

Japan released a mixed bag of data.  Prices pressures continue to ease.  Household spending fell more than twice what was expected.  Industrial output was stronger than forecast, helped by a surge in auto output. Unemployment ticked up to 3.1% from 3.0%.

Headline CPI remained negative (-0.5% vs. -0.4% year-over-year) in August, for the fifth consecutive month. Excluding fresh food, which is the BOJ preferred measure, fell -0.5% from a year ago.  The measure excluding food and energy slipped to 0.2% from 0.3%.  Tokyo reports its inflation figures with less of a lag, but the September data dive little hope of a recovery in the national price measures.

The BOJ reported that its staff, excluding managers, would be given a 0.2% pay increase in the base wage.  This follows a 0.6% increase in the FY15, and although it is the third year that the base wage has increased, the small amount illustrates the similar pressure facing the private sector.  Weak wage increases are one of the factors holding back consumption.  Overall, household spending fell 4.6% in August from a year ago.  The Bloomberg median was for a 2.1% decline.  Household spending has been contracting on a year-over-year basis since February.

Industrial output rose 1.5% in August, which is three-times what the median guesstimate projected.  The year-over-year pace rose to 4.6% from -4.2% in July.  Vehicle production rose 8.8% after a 4.1% slide in July.  Construction orders jumped 13.8% after a 10.9% fall in July.  Japan will report the Q3 Tankan survey early Monday in Tokyo.  Sentiment among the large manufacturers is expected to post a small increase, and capex plans are expected to improve from the 6.2% of Q2.

Eurozone data was largely in line with expectations.  The unemployment rate was steady at 10.1% in August, while the preliminary September CPI rose to 0.4% from 0.2%.  This picks up the gains in energy, as the core rate was steady at 0.8%.

The euro has been pushed to new lows for the week, just below $1.1170.  Last week’s low was seen near $1.1125.  Barring new news, the intraday technicals suggest that the downside may have largely been exhausted in the European morning.  The dollar has largely matched yesterday’s range against the yen.  The greenback found sellers at JPY101.80 was approached, while buyers appeared after a big figure pullback.

Better than expected UK data failed to lend much support to sterling.  Yesterday’s losses were extended, but the week’s low near $1.2920 remains intact.  The intraday technicals warn that the low for the day, though, may not be in place.

Still, the UK could not have hoped for better data today.  The Q2 GDP estimate rose to 0.7% from 0.6%, unexpectedly, but somehow, in the machinations of GDP calculations, this turned into a 2.1% year-over-year pace, down from 2.2%.  The Q2 current account deficit was also smaller than anticipated, while investment was stronger than expected, rising 1.0% or twice the median forecast.  Most promising for Q3 was news that the index of services for July rose 0.4%.  This is the second best of the year thus far.  The median forecast was for a 0.1% increase.  The June series was also revised higher (0.3% from 0.2%).

There is a slew of North American data today.  In the US, the personal consumption expenditures will be used to calculate Q3 GDP. After the improvement in the advance merchandise trade balance and inventory data, look for Q3 estimates to be raised again, with many, perhaps even the Atlanta Fed, returning toward 3% forecasts.  The core PCE deflator, the Fed’s preferred inflation measure is expected to tick up to 1.7%, which would represent new two-year highs.  The Chicago PMI may attract attention.  It is expected to improve from the 51.5 reading in August.  Lastly, the University of Michigan’s consumer confidence report and the inflation expectation will be reported.

For its part, Canada reports July GDP.  It is expected to have risen by 0.3% after a 0.6% rise in June.  The monthly GDP readings in Q1 16 and Q2 16 have averaged zero.  Industrial and raw material prices are expected to have fallen in August.  The US dollar bottomed near CAD1.3050 yesterday and tested CAD1.32 in the European morning.  However, the greenback’s momentum appears to have stalled.  Similarly, the Australian dollar, which posted an outside down day yesterday, saw follow through selling today, but the enthusiasm waned below $0.7600 and near the 20-day moving average (~$0.7595).  There is scope toward $0.7630-$0.7640.

In addition to the Chinese data, there are two other events this weekend to note.  The first is a formality.  The Chinese yuan will be included in the IMF’s SDR starting October 1.  The second is more substantive.  Hungary holds a referendum on the EU’s immigration policies.  It is likely to reject plans to relocate refugees, setting the stage for an escalation of the simmering confrontation with the EU.