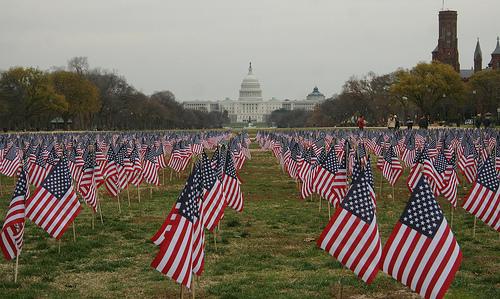 According to the latest polls, public support for the U.S. Congress is now at a record low, with few believing that its members can overcome a prolonged period Of congressional paralysis & polarization . What if members of the US Congress, now returning from their summer recess, were to receive a “back to school” memorandum from concerned citizens? At a minimum, it should call on Congress and the president to converge on a multi-prong, multi-year policy initiative that makes simultaneous advances in six critical areas.

NEWPORT BEACH – What if members of the United States Congress, now returning from their summer recess, were to receive a “back to school” letter from concerned citizens? Here is what a first draft might look like.

Welcome back to the Capitol. We hope that you had a good summer break, and that you return to Washington not just rested, but also energized to take on our country’s mounting economic challenges.

The news has been mixed during your absence. We have seen some improvement in economic data, but not enough to suggest that we are any closer to overcoming decisively this painful period of low growth and high unemployment. And, with a self-inflicted fiscal cliff looming – one that could send our country back into recession, pulling the rest of the world with us – businesses are reluctant to hire and invest in new capital goods. Fortunately, the Federal Reserve has signaled its intention to remain active, but its policy tools are poorly suited to the challenges that we face.

Meanwhile, global difficulties remain substantial. We continue to face strong headwinds originating from the deepening European debt crisis, as well as geopolitical tensions in the Middle East. China, once the world’s unstoppable growth engine, is slowing. And, despite all the happy talk, multilateral policy coordination is essentially non-existent.

All of this calls for courageous and visionary economic leadership; otherwise, our problems will fester and grow, and the solutions will become even more complex. Already, too many of our economy’s difficulties, including worrisome trends in youth joblessness and long-term unemployment, risk becoming structurally embedded.

No doubt you have also noticed that, with less than ten weeks to go until the November presidential election, our country is in the grip of an increasingly ugly political campaign. So, with this combination of bad economics and bad politics, we look to you for direction and leadership. It is that simple, and that important.

Related: Obama vs. Romney – Does It Really Matter To The Economy?: Mohamed El-Erian

We need you to overcome a prolonged period of congressional paralysis and polarization in order to address the country’s malaise. We need you to pivot in your responses from the tactical to the strategic, from the cyclical to the secular, from the partial to the comprehensive, and from sequential to simultaneous reforms.

If this call to national duty is not enough, we would remind you of your own self-interest. According to the latest NBC News/Wall Street Journal poll, your support among us, the electorate, stands at just 12 percent.

We concede that there is no magic wand to overcome our country’s problems. After all, for too many years leading up to the global financial crisis, America “bought” and “borrowed” its growth by leveraging balance sheets, rather than “earning” it through increased competitiveness. The result was massive misallocation of human resources, insufficient infrastructure investment, over-reliance on credit entitlements, and, of course, unsustainable debt. To make matters worse, this occurred at a time when systemically important emerging economies hit their “developmental breakout phase,” powered by trade and other aspects of globalization.

Related: America’s False Recovery – Why The US Is Not An Oasis Of Prosperity: Stephen Roach

We do not expect you to solve America’s problems overnight. Instead, we look to you to embark on an appropriate and sustainable policy path. So, as you unpack your bags and renew old friendships and rivalries, please keep the following in mind.

Changing course requires that you, together with the president, have a much more open and consistent economic dialogue with us, the general public, about the challenges that we face. It also requires that you and the president converge on a multi-prong, multi-year policy initiative that, at a minimum, makes simultaneous advances in six critical areas:

Fiscal reform: We desperately need you to eliminate the looming fiscal cliff in the context of medium-term reforms of both the tax system and entitlements. This would also allow for greater fiscal stimulus at a time when other components of aggregate demand are slowing.

Labor-market reform: Persistently high unemployment and large-scale withdrawal from the labor force are a constant reminder of a malfunctioning labor market that needs support through better training and retooling. Reform must also address the related challenges of a lagging education system and an insufficient social safety net.

Housing and housing finance: At the root of the global financial crisis, the troubled US housing market continues to act as a millstone around the economy’s neck. The longer the problems persist, the greater the pressure on consumer and business sentiment, and the harder it is for the unemployed to find and relocate to new job opportunities.

Clogged credit pipes: With banks’ balance sheets contracting, too many small and medium-size companies are unable to mobilize credit for investment and growth. Recognizing that it will take years until banks are properly stabilized, America needs to build new conduits for credit.

Infrastructure: Those of you who have traveled abroad know that our infrastructure is desperately lagging that of a growing number of countries. This makes it even harder for our companies to compete and prosper.

Global policy coordination: America’s traditional leadership role has evaporated in recent years as our problems have made us more insular and inward-looking. This would not be a major problem if the resulting vacuum had been filled. But that has not happened. On the contrary, the G-7 has lost relevance, the International Monetary Fund is hampered by its representation and legitimacy deficits, and the G-20 is still finding its feet.

Engineering such an agenda is not an overwhelming challenge. But that will provide little comfort if you, our elected representatives, do not collaborate effectively.

The choice Congress faces this term is simple: either address head on America’s challenges, or risk being remembered as the body whose dithering condemned future generations to being worse off than their parents.