Home » Who Are The Ones Manipulating The Gold Price? – Part 2

Who Are The Ones Manipulating The Gold Price? – Part 2 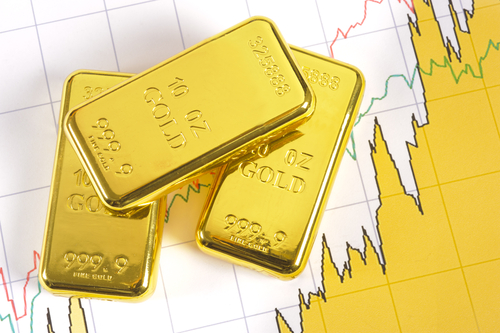 When the price of gold crashed in April, some analysts were quick to point out that the gold market may well be manipulated by large banks. However, the fact that authorities are turning a blind eye to the alleged manipulation of gold suggests that higher powers may actually have a hand in the rigging.

When the price of gold crashed in April, some analysts were quick to point out that the gold market may well be manipulated by large banks. However, the fact that authorities are turning a blind eye to the alleged manipulation of gold suggests that higher powers may actually have a hand in the rigging.

In Part One of our account of Chris Martenson’s anatomisation of the way the gold price is manipulated by the bullion banks, we looked primarily at how the manipulation is carried out. In this blog we look at Martenson’s rather more far reaching assertion that there is a reason why the authorities turn a blind eye to blatant price manipulation, even though it is technically illegal.  Let us pick up again on the closing quote from Part One:

[quote] While I am almost 100% certain that any decent investigation by the CFTC would reveal that market manipulating ‘dumping’ was happening, I am equally certain that no such investigation will occur. That’s because the point of such a manoeuvre by the bullion banks is designed to transfer as much wealth from ‘out there’ and towards the centre, and the CFTC is there to protect the centre’s ‘right’ to do exactly that. [/quote]

There are at least three assertions here:

Manipulation is undoubtedly going on;

It is blatant enough for the authorities, in this case the CFTC to find it hard to miss;

The CFTC does nothing despite the blatant nature of the manipulation because it is in favour of transferring wealth from “ordinary citizens” to the center, characterized as the bullion banks.

Let’s take the first two assertions first, since they are, in effect, two sides of the same coin. Martenson quotes Ross Norman, of Sharps Pixley, a London Bullion brokerage. Norman points out that in the first wave of selling on Friday 12 April, “a monumental 3.4 million ounces (100 tonnes) of gold June futures contracts was sold”. This knocked the price of gold back to the key technical support level of $1540, the lowest point gold reached in 2012, and the level that all gold traders would be watching, knowing that if that gave way the price would plummet down. Two hours later a further 10 million ounces, or almost three times as much gold, was sold in the course of a half hour of trading. The aim was clearly to scare smaller traders to death so they too, sold their long positions, bailing out fearing large losses, and in the process adding to gold’s downward spiral.

“The estimated 400 tonnes of gold futures selling in total equates to 15% of annual gold mine production – too much for the market to absorb,” Norman says.

Martenson makes the additional point that such large scale dumping has only one point, “it is designed to accomplish lower prices, period, and that’s the very definition of market manipulation”.

Martenson’s thesis is that the reason the CFTC and the SEC turn a blind eye to this is that they would not be at all unhappy if smaller investors were turned off gold and decided to put their money instead into equities. Retail investors piling into shares in their millions would boost the stock market and enhance the “wealth effect” that the Federal Reserve has been trying to create with all that QE it’s been carrying out.

However, Martenson argues that what turning a blind eye to bank manipulation of the gold price actually shows is that the U.S. is headed for deflation, not inflation. In an inflationary world the price of gold rises because the dollar buys less. In a deflationary world the price of gold falls because the buying power of the dollar rises as prices generally are seen to fall. So the message the CFTC and the banks are unwittingly sending to retail investors is that deflation is already with them. If investors really take this message to heart they will stop buying shares, since market crashes are a regular accompaniment of a true deflationary period. Consumers cut back on spending, since by definition their money will buy more the longer they wait, and companies start to lose headway, and then to fail.

“If this view is correct, then the current sell-off in gold, as well as in other commodities, will simply be the trigger for a loss of both confidence and liquidity in the system, and that will not bode well for the larger economy or equities,” he concludes.

Readers will have to judge for themselves how plausible Martenson’s account of the CFTC’s motives are in all this. It is odd that blatant price manipulation goes unchallenged, but somehow I don’t see the CFTC Board saying out loud: “Hey, we’re here to fleece the little guys.” Undoubtedly the U.S. government would prefer to see retail investors putting their money into the stock market rather than hoarding gold, which does zip for the economy, but that’s not quite the same thing as nosing off down the conspiracy theory route. It is a disincentive for politicians to crack the whip over the regulators, sure, but conspiracy? Hmmm…

Manipulating the gold price – nice work if you can get it… Part 2 is republished with permission from the QFinance Blog.