Who Are The Ones Manipulating The Gold Price? 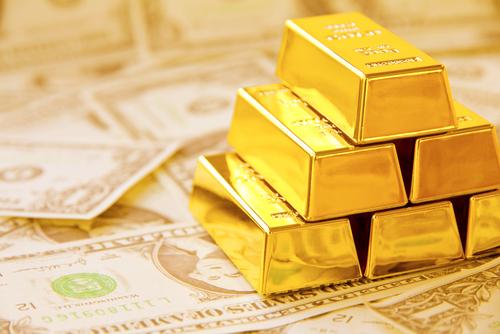 Gold has been touted a safe store of wealth, particularly when there are serious risks to global financial markets. However, gold suffers from wild price gyrations when the markets become too disruptive, and data suggests that gold prices are regularly manipulated for the benefit of large banks and to the detriment of any retail investor trying to protect their wealth by investing in gold.

Professional traders and the army of day traders who watch the gyrations of their particular markets day in and day out take it as written that markets are manipulated. Everyone is at it. In a real sense, this is simply how markets work. "Horse trading" where buyers and sellers each try to gain an advantage works if there are enough buyers and sellers out there to create the conditions for a competitive market. Anti-trust and government or pan-national organisations aimed at discovering and breaking-up cartel price-fixing activities are all about trying to ensure that markets stay competitive and prices are always under competitive pressure.

However, and it is a huge however, one of the inescapable facts about competition is that competitors will always look for an edge. It happens in sport, which is why you need anti-doping "police" and it happens in markets all the time. Some of this "fixing" is perfectly legitimate, and some of it isn't. Traders in a big financial institution will happily try to manipulate the market price of a stock or a commodity or an index by selling into a momentary weakness to amplify that weakness, in order to buy the stock back at a cheaper price, making a handsome profit in next to no time at all. Prices are tested all the time in this way. Sometimes it creates chaos. Today we have algorithms which can leap in and amplify price movements unduly in a second or two, creating disruptive spikes in peaks and troughs.

Related: Infographic: All the Gold in the World

This can be hellish for legitimate traders because unduly amplified price movements will trigger shallow "stops". A "stop" in trading parlance is the loss exit level a trader sets when placing a trade, so that if the price goes against them, their loss is limited to the "stop" position instead of the price movement proceeding to the point where it drives them into bankruptcy. Basically, if markets become too disruptive, with wild price gyrations, the danger is that market participants will withdraw, creating a liquidity crisis in that market. However, while the various stock exchange authorities have the power to intervene if things get wildly out of hand, mostly they don't, since markets are generally deep enough so that if a bunch of traders pull out, others step in. Even 1000 point moves in a day are generally tolerated by the authorities, which gives plenty of scope for price manipulation by the biggest players.

In one of his recent "Peak Prosperity" blogs Chris Martenson anatomised the way in which the gold price is regularly manipulated, to the benefit of large banks and the detriment of any retail investors trying to protect their wealth by investing in gold:

I am very disappointed by, but not surprised at, the latest transfer of wealth to the bankers from everyone else. The most recent gold bear raid has vastly enriched the bullion bankers, once again, at the expense of everyone trying to protect their wealth from global central bank money printing.

Martenson's basic point is that banks choose moments when the market is "thin", with most traders tucked up in bed and thus out the market, to dump a certain amount of gold contracts on the futures market. The arrival of a large volume of sell orders, without too many buyers around, naturally drives the price down.

“The process is simple enough to understand; if you want to move the price down for any asset, your best results will happen in a thin market when there's not a lot of participation so that whatever volume you supply has a chance of wiping out whatever bids are sitting on the books. It is in those dark hours that the market-makers just dump, preferably as fast as possible,” said Martenson.

Related Infographic: Should You Invest in Gold?

On Friday, April 12th 2013, the price of gold fell off a cliff, dropping to a multiyear low in the $1300s, down a smidgeon over $240 by Monday morning, touching a low point of $1322.2 that morning before the rebound set in. Between 2.00 am and 6.00 am New York time on the Friday the price of gold began to slide, going from $1563.1 to £1544 on the four hour chart. A $20 movement in a day in the gold price chart is not particularly unusual, but if it happens inside an hour it is enough to grab the attention of any trader still at their screen. (The one hour chart shows more detail than the four hour chart, by definition, and the price movement down is eye-popping). The price kept tanking from there with the biggest slide happening in the small hours of Monday morning, New York time, when the price fell $68 in four hours, a monster spike down.

It subsequently rebounded to the high $1400s, providing whoever bought heavily at the low point with a very nice profit at the expense of panicky retail sellers of gold bailing out of what looked to them like a crashing gold market.

So the timeline here is easy to follow. The bullion banks:

2.       Begin telling everyone to go short (wink, wink) to get things moving along in the right direction by sowing doubt in the minds of the longs

3.       Begin testing the late night markets for depth by initiating mini raids (that also serve to let experienced traders know that there's an elephant or two in the room)

4.       Wait for the right moment and then open the floodgates to dump such an overwhelming amount of paper gold and silver into the market that lower prices are the only possible result

5.       Close their positions for massive gains and then act as if they had made a really prescient market call

6.       Await their big bonus checks and wash, rinse, repeat at a later date

While I am almost 100% certain that any decent investigation by the Commodity Futures Trading Commission would reveal that market manipulating 'dumping' was happening, I am equally certain that no such investigation will occur. That's because the point of such a manoeuvre by the bullion banks is designed to transfer as much wealth from 'out there' and towards the centre, and the CFTC is there to protect the centre’s 'right' to do exactly that.

So the price is being jerked around deliberately. We pick up this analysis in Part Two.

Manipulating the gold price - nice work if you can get it... Part 1 is republished with permission from the QFinance Blog.