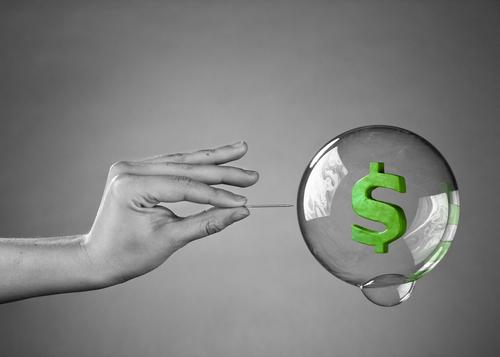 Since injecting more than $2 trillion into the financial system through three rounds of quantitative easing, the U.S. Federal Reserve is gradually realising that their experiment to kick-start the economy with near-zero interest rates has failed. Contemplating an exit strategy however may prove to be far more difficult; as loose monetary policy over the last five years has boosted leverage and risk-taking in financial markets; increasing the risk of a credit and asset bubble as large, if not larger, than the previous one.

MUMBAI – The ongoing weakness of America’s economy – where deleveraging in the private and public sectors continues apace – has led to stubbornly high unemployment and sub-par growth. The effects of fiscal austerity – a sharp rise in taxes and a sharp fall in government spending since the beginning of the year – are undermining economic performance even more.

Indeed, recent data have effectively silenced hints by some Federal Reserve officials that the Fed should begin exiting from its current third (and indefinite) round of quantitative easing (QE3). Given slow growth, high unemployment (which has fallen only because discouraged workers are leaving the labor force), and inflation well below the Fed’s target, this is no time to start constraining liquidity.

The problem is that the Fed’s liquidity injections are not creating credit for the real economy, but rather boosting leverage and risk-taking in financial markets. The issuance of risky junk bonds under loose covenants and with excessively low interest rates is increasing; the stock market is reaching new highs, despite the growth slowdown; and money is flowing to high-yielding emerging markets.

Even the periphery of the eurozone is benefiting from the wall of liquidity unleashed by the Fed, the Bank of Japan, and other major central banks. With interest rates on government bonds in the US, Japan, the United Kingdom, Germany, and Switzerland at ridiculously low levels, investors are on a global quest for yield.

It may be too soon to say that many risky assets have reached bubble levels, and that leverage and risk-taking in financial markets is becoming excessive. But the reality is that credit and asset/equity bubbles are likely to form in the next two years, owing to loose US monetary policy. The Fed has signaled that QE3 will continue until the labor market has improved sufficiently (likely in early 2014), with the interest rate at 0 percent until unemployment has fallen at least to 6.5 percent (most likely no earlier than the beginning of 2015).

Even when the Fed starts to raise interest rates (some time in 2015), it will proceed slowly. In the previous tightening cycle, which began in 2004, it took the Fed two years to normalize the policy rate. This time, the unemployment rate and household and government debt are much higher. Rapid normalization – like that undertaken in the space of a year in 1994 – would crash asset markets and risk leading to a hard economic landing.

But if financial markets are already frothy now, consider how frothy they will be in 2015, when the Fed starts tightening, and in 2017 (if not later), when the Fed finishes tightening? Last time, interest rates were too low for too long (2001-2004), and the subsequent rate normalization was too slow, inflating huge bubbles in credit, housing, and equity markets.

We know how that movie ended, and we may be poised for a sequel. The weak real economy and job market, together with high debt ratios, suggest the need to exit monetary stimulus slowly. But a slow exit risks creating a credit and asset bubble as large as the previous one, if not larger. Pursuing real economic stability, it seems, may lead again to financial instability.

Some at the Fed – Chairman Ben Bernanke and Vice Chair Janet Yellen – argue that policymakers can pursue both goals: the Fed will raise interest rates slowly to provide economic stability (strong income and employment growth and low inflation) while preventing financial instability (credit and asset bubbles stemming from high liquidity and low interest rates) by using macro-prudential supervision and regulation of the financial system. In other words, the Fed will use regulatory instruments to control credit growth, risk-taking, and leverage.

But another Fed faction – led by Governors Jeremy Stein and Daniel Tarullo – argues that macro-prudential tools are untested, and that limiting leverage in one part of the financial market simply drives liquidity elsewhere. Indeed, the Fed regulates only banks, so liquidity and leverage will migrate to the shadow banking system if banks are regulated more tightly. As a result, only the Fed’s interest-rate instrument, Stein and Tarullo argue, can get into all of the financial system’s cracks.

But if the Fed has only one effective instrument – interest rates – its two goals of economic and financial stability cannot be pursued simultaneously. Either the Fed pursues the first goal by keeping rates low for longer and normalizing them very slowly, in which case a huge credit and asset bubble would emerge in due course; or the Fed focuses on preventing financial instability and increases the policy rate much faster than weak growth and high unemployment would otherwise warrant, thereby halting an already-sluggish recovery.

The exit from the Fed’s QE and zero-interest-rate policies will be treacherous: Exiting too fast will crash the real economy, while exiting too slowly will first create a huge bubble and then crash the financial system. If the exit cannot be navigated successfully, a dovish Fed is more likely to blow bubbles.