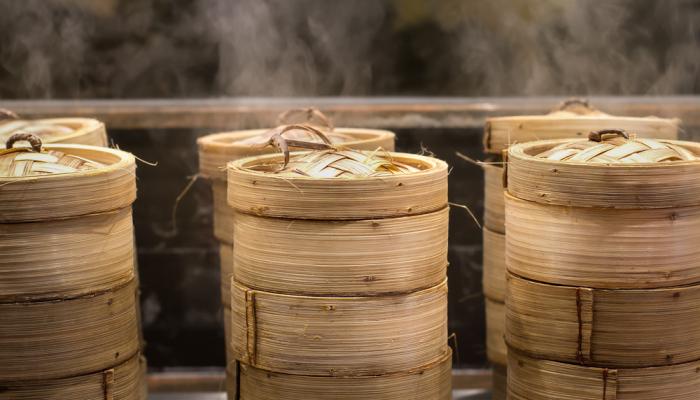 China launched its first gold fix.  It will offer a fixing twice a day going forward yuan. The Shanghai Gold Exchange established the fix the same way it is done in London and New York, by prices submitted by financial institutions.  In China's case, 18 institutions, including two foreign banks, participate in the process.

The key question for investors is if there is some larger implication of this development that they should be aware.

China is the world's largest producer of gold and rivals India as the biggest consumer.  As China grows its mainland financial markets, which one day may not simply supplement, but supplant Hong Kong, it makes sense to expand its offerings. The fix is important because it acts as a benchmark for contracts and other valuation.

The gold fixing scandal that is only now being resolved, and part of what appears to have been practices that were widespread in other fixings, like LIBOR.  It further undermined perceptions of the financial industry, but it seems to have little to do with China's decision to launch the yuan-gold fix.

Besides acknowledging the gold fix as part of China's financial development, it may be easier to say what it isn't rather than what it is.  It does not represent an increased role of gold in China's monetary or financial system.

China recently announced it would measure the yuan's value in terms of a special trade-weighted basket (of fiat currencies) and the IMF's Special Drawing Right (SDR). Ironically, as of later this year the yuan will consist of a little more than 10% of the SDR basket, and to value the yuan the PBOC needs to drop the yuan's share in the SDR (make no sense to use a metric that is includes the yuan to value the yuan).  The point is that China could have but did not indicate it would monitor the value of the yuan in terms of the price of gold.

China's gold fix is not a back door to a floating currency, as some observers argue.  China will continue to manage the yuan's exchange rate.  Having a gold fix is more about gold trading and contracts related to it than it is about Chin's currency.

The idea that buying (selling) dollar gold contract and selling (or buying) a yuan gold contract as a way to create a yuan contract may be factually true.  However, it is a needlessly cumbersome (commission or spread) intensive to achieve a similar exposure through existing forward contracts or options in offshore yuan market.

As China wants to encourage capital inflows these days, it has taken several measures to reduce barriers, making it easier for foreign institutional investors’ access to the mainland markets.  Of course, if one wants to arbitrage between the yuan gold market and the dollar gold market, which entails significant operational costs and capital outlays, this might be an opportunity.

By tightly controlling trading in the yuan, China has spurred a new form of rent.  Countries compete for the political good will of Chinese officials to grant them a license as it were to be an offshore hub to clear yuan payments.  The way to secure this rent is not by necessarily having transparent capital markets, a strong and well-regulated financial system.

Countries seek to curry favor with Chinese officials in the hope of being granted such a license.  One way to do this is to issue a yuan-denominated bond.  Last week Hungary became the first East European country to issue an offshore yuan bond.  It was a three-year one billion yuan bond (~$155 mln) yielding 6.25%.

If Hungary just wanted to get yuan exposure, which a debt manager might consider for various reasons, there were cheaper ways.  As the Wall Street Journal noted, it could have raised dollars and swapped the dollars for yuan and an annual cost of 100 bp less (~$1.5 mln a year or $4.5 mln over the duration of the bond).

Moreover, the Dim Sum market is in a slump.  As we have argued, part of the development of the offshore yuan market was a function of the government's currency policy.  For nearly a decade, the yuan was gradually appreciating against the dollar.  That is the importance of last August.

Chinese officials did create a better two-way market, in a still highly constrained fashion.  This was a game changer.  Chinese corporations are no longer as anxious to convert their foreign currency earnings (dollars) into yuan.  This denies the central bank a source of reserve growth.  It has also undermined the interest in offshore yuan instruments, such as the Dim Sum bond market.

Hungary, which continues to clash with the EU on a variety of issues, became the first European country to join China's One-Belt One-Road initiative.  What this really means for Hungary in any meaningful time frame is not clear, but it sounds good for domestic audiences in both countries.  However, to think that somehow yuan-denominated bond has strategic implications or that Hungary is moving into China's sphere of influence is a gross exaggeration,

Central banks keep their reserves in government bonds.  The Chinese government bond market remains small compared with the amount of global reserves, excluding China's massive holdings. Moreover, despite what the market fundamentalist would have us believe, a market is more than an exchange.  A properly functioning market needs to be transparent, with clear regulations that apply to all and are fairly enforced.  It needs to secure a level of trust by current and future participants.  It takes time and will.

The bottom line is that neither the introduction of a yuan gold fix nor Hungary's dim sum bond are game changers for global investors.  A gold fix in yuan may help facilitate other activity in Shanghai and broadens its role as the mainland financial center.  Hungary joins other countries in issuing a dim sum bond, and it will be a center for yuan-clearing.

The only reason being a center for yuan clearing is significant is because of the restrictions China has imposed on access to its markets. This encourages a type of rent seeking behavior as countries seek political concessions from China (permission).  There do not appear to be large geopolitical strategic forces at work.  The dollar and yuan's role in the world economy will be the same next week and next month as they were last week and last month.