Is Africa Sowing Seeds Of Its Own Subprime Crisis?: Joseph Stiglitz & Hamid Rashid 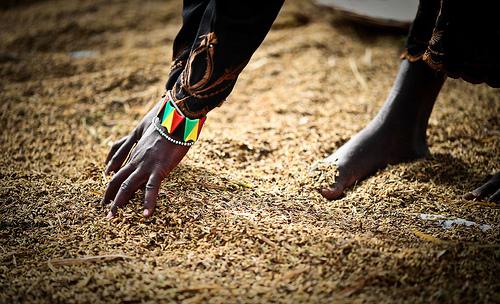 There are no easy, risk-free paths to development and prosperity but borrowing money from international financial markets is a strategy with huge downside risks. It is no secret that sovereign bonds carry significantly higher borrowing costs than concessional debt does, so why are an increasing number of developing countries, particularly Sub-Saharan economies, resorting to sovereign-bond issues? And why have lenders suddenly found these countries desirable?

NEW YORK – In recent years, a growing number of African governments have issued Eurobonds, diversifying away from traditional sources of finance such as concessional debt and foreign direct investment. Taking the lead in October 2007, when it issued a $750 million Eurobond with an 8.5% coupon rate, Ghana earned the distinction of being the first Sub-Saharan country – other than South Africa – to issue bonds in 30 years.

This debut Sub-Saharan issue, which was four times oversubscribed, sparked a sovereign borrowing spree in the region. Nine other countries – Gabon, the Democratic Republic of the Congo, Côte d’Ivoire, Senegal, Angola, Nigeria, Namibia, Zambia, and Tanzania – followed suit. By February 2013, these ten African economies had collectively raised $8.1 billion from their maiden sovereign-bond issues, with an average maturity of 11.2 years and an average coupon rate of 6.2%. These countries’ existing foreign debt, by contrast, carried an average interest rate of 1.6% with an average maturity of 28.7 years.

It is no secret that sovereign bonds carry significantly higher borrowing costs than concessional debt does. So why are an increasing number of developing countries resorting to sovereign-bond issues? And why have lenders suddenly found these countries desirable?

With quantitative easing having driven interest rates to record lows, one explanation is that this is just another, more obscure manifestation of investors’ search for yield. Moreover, recent analyses, carried out in conjunction with the establishment of the new BRICS bank, have demonstrated the woeful inadequacy of official assistance and concessional lending for meeting Africa’s infrastructure needs, let alone for achieving the levels of sustained growth needed to reduce poverty significantly.

Related: Why The World Must Learn From Turkey’s Economic Miracle: Jeffrey Sachs

Moreover, the conditionality and close monitoring typically associated with the multilateral institutions make them less attractive sources of financing. What politician wouldn’t prefer money that gives him more freedom to do what he likes? It will be years before any problems become manifest – and, then, some future politician will have to resolve them.

To the extent that this new lending is based on Africa’s strengthening economic fundamentals, the recent spate of sovereign-bond issues is a welcome sign. But here, as elsewhere, the record of private-sector credit assessments should leave one wary. So, are shortsighted financial markets, working with shortsighted governments, laying the groundwork for the world’s next debt crisis?

The risks will undoubtedly grow if sub-national authorities and private-sector entities gain similar access to the international capital markets, which could result in excessive borrowing. Nigerian commercial banks have already issued international bonds; in Zambia, the power utility, railway operator, and road builder are planning to issue as much as $4.5 billion in international bonds.

Evidence of either irrational exuberance or market expectations of a bailout is already mounting. How else can one explain Zambia’s ability to lock in a rate that was lower than the yield on a Spanish bond issue, even though Spain’s credit rating is four grades higher? Indeed, except for Namibia, all of these Sub-Saharan sovereign-bond issuers have “speculative” credit ratings, putting their issues in the “junk bond” category and signaling significant default risk.

Signs of default stress are already showing. In March 2009 – less than two years after the issue – Congolese bonds were trading for 20 cents on the dollar, pushing the yield to a record high. In January 2011, Côte d’Ivoire became the first country to default on its sovereign debt since Jamaica in January 2010.

In June 2012, Gabon delayed the coupon payment on its $1 billion bond, pending the outcome of a legal dispute, and was on the verge of a default. Should oil and copper prices collapse, Angola, Gabon, Congo, and Zambia may encounter difficulties in servicing their sovereign bonds.

To ensure that their sovereign-bond issues do not turn into a financial disaster, these countries should put in place a sound, forward-looking, and comprehensive debt-management structure. They need not only to invest the proceeds in the right type of high-return projects, but also to ensure that they do not have to borrow further to service their debt.

These countries can perhaps learn from the bitter experience of Detroit, which issued $1.4 billion worth of municipal bonds in 2005 to ward off an impending financial crisis. Since then, the city has continued to borrow, mostly to service its outstanding bonds. In the process, four Wall Street banks that enabled Detroit to issue a total of $3.7 billion in bonds since 2005 have reaped $474 million in underwriting fees, insurance premiums, and swaps.

Understanding the risks of excessive private-sector borrowing, the inadequacy of private lenders’ credit assessments, and the conflicts of interest that are endemic in banks, Sub-Saharan countries should impose constraints on such borrowing, especially when there are significant exchange-rate and maturity mismatches.

Countries contemplating joining the bandwagon of sovereign-bond issuers would do well to learn the lessons of the all-too-frequent debt crises of the past three decades. Matters may become even worse in the future, because so-called “vulture” funds have learned how to take full advantage of countries in distress. Recent court rulings in the United States have given the vultures the upper hand, and may make debt restructuring even more difficult, while enthusiasm for bailouts is clearly waning. The international community may rightly believe that both borrowers and lenders have been forewarned.

There are no easy, risk-free paths to development and prosperity. But borrowing money from international financial markets is a strategy with enormous downside risks, and only limited upside potential – except for the banks, which take their fees up front. Sub-Saharan Africa’s economies, one hopes, will not have to repeat the costly lessons that other developing countries have learned over the past three decades.

Joseph E. Stiglitz is a Nobel laureate in economics and University Professor at Columbia University. Hamid Rashid is a senior economic adviser at the United Nations Department of Economic and Social Affairs. The views expressed here do not reflect the views of the United Nations or its member states.