Why Germany Has No Choice But To Save Europe: Mohamed El-Erian

•
Germany
•
by
Mohamed A. El-Erian 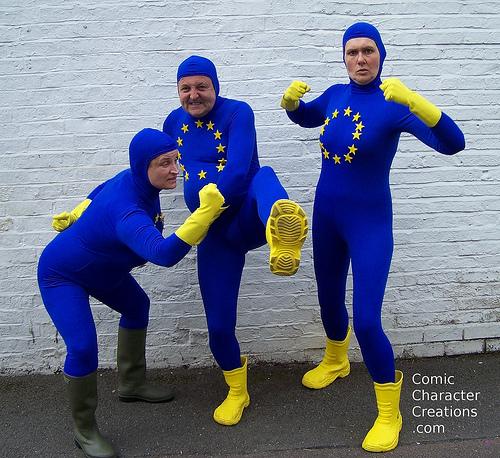 FRANKFURT – On a recent trip to Germany, I was struck by two distinct narratives. One narrative features a robust German economy with low unemployment, strong finances, and the right competitive position to exploit the most dynamic segments of global demand. The other narrative describes an economy that is encumbered by never-ending European debt crises whose perpetrators seek to shift their responsibility – and their financing needs – onto Germany’s pristine balance sheet.

Both narratives are understandable. But they cannot co-exist forever. After all, it is difficult to be a good house in a deteriorating neighbourhood. Either the neighbourhood improves, or the value of the house declines. And it matters a great deal which narrative prevails – for Germany, for Europe, and for the global economy.

Germany today is reaping the benefits of many years of responsible domestic economic management. In addition to maintaining sound public finances, German leaders implemented difficult structural reforms aimed at improving international competitiveness, including painful labour-market reforms. As a result, Germany is one of the few advanced economies today that has created many jobs and maintained financial stability. In other words, it is the AAA of AAAs.

Yet Germany is also part of a highly challenged neighbourhood, if not its anchor. Its neighbours include countries – most notably on the eurozone’s periphery – that are struggling. They have high overall unemployment (and alarmingly high youth joblessness), and are unable to grow on their own power. In some cases, they also face solvency questions, and are far from achieving the socio-political consensus needed to get their economic houses in order.

To state the obvious, this contrast between Germany and its neighbourhood is very awkward. It fuels endless internal and external tensions, encourages finger pointing, and promotes a loud and disruptive blame game. And all of this distracts attention from the need to compete in a rapidly changing global economy.

The longer all of this persists, the more it tears at the fabric of European unity. Accordingly, European officials need to continue to make steadfast progress in three major areas:

None of these steps is easy; and they are certainly not automatic. Moreover, to maximize their effectiveness, they must be implemented simultaneously; indeed, this is a situation in which one plus one plus one equals more than three. And this will not happen unless two other, even more controversial steps are taken.

First, Germany must play an even larger role in conducting and coordinating the eurozone’s policy responses. I know that many Germans are uncomfortable with this. But there is no workable alternative for Europe’s well-being – and, therefore, that of Germany.

The European Union’s institutions still lack the authority and credibility needed to take on this role. The European Central Bank does not possess the proper structural policy tools, and it has already been forced to bear burdens that, arguably, are beyond its strictly defined mandate. And there is no other economy that comes close to Germany in size, influence, and economic and financial health.

Second, the eurozone, led by a Germany that is working closely with France, needs to clarify decisively what it intends to look like in the medium term. There are two alternatives, both sensitive and controversial, and the choice is for Europeans alone to make and sustain; but they must make it if they are decisively to put behind them the risk of eurozone fragmentation.

On one hand, they can decide to let politics dominate economics. This is not easy for politicians to sell, especially in the core countries (particularly Germany, Finland, and the Netherlands), as it would involve large multi-year subsidies to the periphery – or the analytical equivalent of the difficult decision made over 20 years ago to reunify Germany at a currency parity. Here, however, there is the added difficulty of a potential conflict between regional politics and national democratic processes.

On the other hand, they can decide to allow economics to prevail. Here, eurozone members would collectively opt for a smaller and less imperfect union that includes countries with more similar initial conditions – economically, financially, politically, and socially. And, again, there is no easy way to do this, especially given that the eurozone was intentionally designed with no exit in mind.

Until these difficult and controversial decisions are made, periods of relative tranquility in Europe are likely to be interrupted by the recurrent eruption of financial instability and bouts of political bickering and dithering. And the longer this continues, the greater the risk that Germany’s neighborhood will erode the robustness of what the country has painstakingly built.