Who Watches The Financial Watchdogs In The UK? 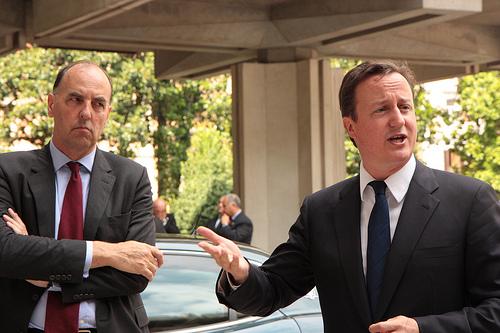 I was surprised and exasperated to learn last week that the UK government has rubber stamped the appointment of John Griffith-Jones, the senior partner of KPMG, as chairman-designate of the Financial Conduct Authority, one of the two financial regulators that will take over from the soon-to-be-disbanded FSA. As the news of this "revolving door", "poacher-turned-gamekeeper" appointment sank in, my heart sank and my disappointment bordered on outrage.

John Griffith-Jones is part of the self-serving "wagon-circling" culture of cover-up and denial that continues to permeate the City of London. Under his stewardship, KPMG was happy to give near bankrupt banks Bradford & Bingley and HBOS the veneer of solvency in early 2008, a few months before they collapsed, at tremendous cost to their investors.  The latter institution, now part of Lloyds Banking Group, was censured for “serious misconduct” by the FSA on March 9. As David Pitt-Watson, chair of Hermes Focus Asset Management told a House of Lords committee in January 2011:

"If we had had more conservative accounting, then the profits and the equity of the banks would have been lower; the bonuses wouldn’t have been so big; they wouldn’t have loaned out so much more money. I am intrigued that when HBOS was taken over by Lloyds, of their £432bn loan book, Lloyds said £186bn was not business that they would’ve wished to do. It would have been helpful … if [KPMG] had said, Your loan book seems to us to be rather different from the loan books that we’re finding in other banks."

KPMG may yet face an FRC investigation into its HBOS audits. The firm endangered its position when it put together a wholly partisan 2005 report into the sacking of HBOS’s former group head of regulatory risk Paul Moore. Moore was personally fired by HBOS’s ex chief executive Sir James Crosby in November 2004 after he sought to alert the Edinburgh-based bank's board to the fact they had embarked on a suicidal course. It seems KPMG should not have taken on this £1.2m assignment; as the bank’s external auditor, it was conflicted, with a vested interest in rubbishing Moore. To have cleared him would have undermined the veracity of years of audits.

Given such failures, it is perhaps unsurprising that KPMG is neither trusted nor well-liked by investors. Nor is is it surprising that leading corporate governance watchdog Pensions Investment Research Consultants is seeking to get KPMG ousted as auditors of Standard Chartered. Pirc claims the firm used IFRS to flatter the Asia-focused bank's financial position by $3.6 billion (£2.2 billion), or 8.9 percent of net asset value.

In the US, KPMG has been accused of initiating accounting fraud at the California-based New Century Financial, or else standing idly by as the failed subprime mortgage lender committed fraud, in 2005 and 2006. Following the publication of a report requested by the US  Department of Justice, DoJ appointed examiner Michael Missal told Reuters:

"In the post-Enron era, one of the lessons should have been that accountants need to be skeptical, strong, and independent. You didn't have any of those attributes here."

Missal said New Century lacked internal controls that might have prevented some seven "wide-ranging, improper accounting practices", few of which were in accordance with US GAAP. These resulted in the subprime lender reporting a profit of $63.5 million in the third quarter of 2006 when it should have reported a loss. Missal wrote:

"KPMG contributed to these failings in critical ways. The KPMG engagement team acquiesced in New Century's departures from prescribed accounting methodologies and often resisted or ignored valid recommendations from specialists."

Missal said the firm's most blatant error was that it suggested another method for calculating New Century reserves needed to cover potential defaulting loans.

Griffith-Jones was one the group of four ‘Big Four’ chiefs who were hauled before the House of Lords economic affairs committee to explain the multiple failures of their firms in November 2010. He and his counterparts from Deloitte, Ernst & Young and PWC suggested it was perfectly acceptable to misrepresent banking clients' solvency, as long as the government had made a vague commitment to bailing out bankrupt banks in the event of total meltdown. The House of Lords economic affairs committee later accused KPMG and and other 'Big Four' firms of "dereliction of duty" and "complacency", which it said had contributed to the banking crisis.

At an event organized by KPMG held in the Waldorf Astoria on October 2, 2008, Griffith-Jones seemed uncontrite. He told clients, company directors and City types that accountants would never challenge client managements outside the specific remit of the audit, for example on matters such as risk parameters or business model, as to so so would be ‘commercial suicide’ (i.e. they might lose business as a result).

There are other things that concern me about Griffith-Jones. Back in September 2007, a few weeks after the collapse of Northern Rock, he seemed perfectly comfortable with the UK's 'light touch, limited touch' regulatory regime. In an interview with the Independent on Sunday, he said the FSA "ha[s] probably got it about right – they've played a subtle game". He was not enthusiastic about any additional rule-making or regulatory creep:

"There always seems to be the temptation to write another rule – certainly some regulation is rather too prescriptive."

So a man who is embedded in a quite possibly corrupt financial system, who described the UK's financial regulatory regime as "about right" after Northern Rock's collapse, who earned millions while his firm turned a blind eye to egregious and deceptive practices at HBOS and Bradford & Bingley, and who won't criticise corporate management for fear of losing business, is considered a fit and proper person to serve as chairman of the new FCA?

To me the whole thing stinks. The proposed appointment of Griffith-Jones, which may yet be blocked via a judicial review, confirms my worst fears about the UK's coalition government – it has learnt nothing from the crisis. Rather than properly investigating the causes of the banking and financial crisis, dealing with the culprits, and instituting fundamental reforms, the Griffith-Jones appointment suggests its preference is to bury the truth and just paper over the cracks in the hope of a recovery.

Financial regulation: With Griffith-Jones' appointment, Britain keeps it in the family is republished with permission from the QFinance Blog. Get the QFinance Dictionary of Business and Finance iOS app for a comprehensive guide to financial terms and expressions.

See also: Who Will Win The War Over Financial Regulations?See also: UK’s Alarming Apathy Towards Its Banking Sector’s Criminality