Waking Up From The Nightmare On Wall Street 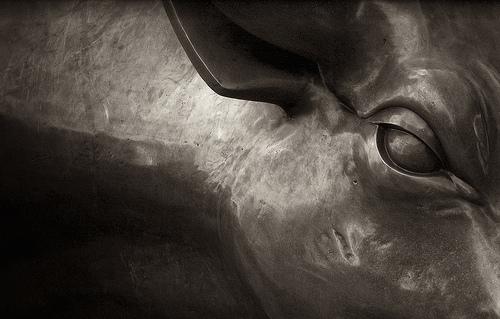 We, as a collective society, have to shoulder some of the blame for financial crisis as we essentially allowed Wall Street and our policymakers to run the global economy into the ground while we slumbered in blissful ignorance of their misdeeds. But while we have stirred from our slumber, as evident through protests such as Occupy Wall Street, our true awakening will only come when we acquire the knowledge required to fully comprehend the issues.

Life before 2008 was like a dream. Sure, there were problems, and certainly by then some observers had already sensed trouble brewing; but for the rest of us, we were happy to just live our lives in blissful ignorance of the unchecked greed that was pilfering out of Wall Street.

All dreams though must come to an end. As the US housing bubble burst, causing the values of securities tied to US real estate pricing to plummet, eventually leading to the collapse of numerous financial institutions and the loss of consumer and stock market confidence around the globe; the world found itself plunged into a nightmare, one which it has found increasingly difficult to wake up from.

But, something else changed in 2008. The events on Wall Street was the catalyst of a mass awakening across the world, which awoke people up from an illusion that had been cultivated by their political leaders and the financial institutions for decades.

As the US economy fell into tatters and the eurozone countries entering into crisis mode, people around the world were beginning to ask questions – questions of their leaders and the ivory-tower financial executives who were running and ruining the global economy. The questions asked were fairly simple by nature, but were extremely hard for policymakers, in particular, to answer – How could you have let this happen? What are you going to do about it? How will you ensure that this will never happen again?

Not surprisingly, the answers that came back were hardly satisfactory. The US debt deal, for instance, has been criticised more often than it has been praised, while the recently concluded eurozone debt deal still leaves much work to do before it can truly be considered as a success.

Our political leaders, of course, have tried to make us think otherwise. In the immediate conclusion of the US debt deal, Democrat Senate leader Harry Reid described the deal as a “historic, bipartisan compromise that ends this dangerous standoff.” Republican House speaker John Boehner also described the deal as one “that will end this crisis in a manner that meets our principles of smaller government.”

Contrast their statements then to what economist Michael Mandelbaum had to say about the US debt deal.

” the agreement has three major flaws. Two of them offset each other, but the third threatens what America needs most in the coming years: economic growth…

Reducing deficits in order to raise the debt ceiling was the right thing to do, but the August 2 law does it in the wrong way. Unless more deficit reduction, which is inevitable, comes from curbing entitlement benefits and increasing revenues, and less from programs vital for economic growth, the result will be a poorer, weaker US – and a more uncertain, if not unstable, world.

Indeed, the public reaction to many of their governments’ so-called “reforms”, have been indicative of the disillusion that many people are now feeling over the responsiveness of their policy makers to their needs.

Accordingly, 2011 has been noted for the sheer volume of protests that have taken place all around the globe. From Anna Hazare to the Arab Spring, to the riots in London and now the Occupy Wall Street movement, people have been waking up to the inherent problems that occur when that “1 percent” is able to consolidate financial and political power among themselves.

“While these protests have no unified theme, they express in different ways the serious concerns of the world’s working and middle classes about their prospects in the face of the growing concentration of power among economic, financial, and political elites,” said prominent economist Nouriel Roubini, who was one of the earliest few to predict the collapse of the United States housing market and the worldwide recession which started in 2008.

Roubini adds that the causes of these concerns are “clear enough”:

“High unemployment and underemployment in advanced and emerging economies; inadequate skills and education for young people and workers to compete in a globalized world; resentment against corruption, including legalized forms like lobbying; and a sharp rise in income and wealth inequality in advanced and fast-growing emerging-market economies.”

Nowhere are these concerns more pronounced than in the Occupy Wall Street movement that first swept across the US and then the world. While critics could be right in saying that many of the participants lack a clear and precise vision for change, they miss the fundamental essence of the movement. Occupy Wall Street isn’t about anarchy; It isn’t a rebellion, nor is it a mutiny or an uprising. Rather, Occupy Wall Street is about expressing our discontent and dissatisfaction; it is a demonstration, a campaign, a rally against the misdeeds of the “1 percent”.

Admittedly, we, as a collective society, have been asleep for decades prior to this financial crisis. As a society, we too have to shoulder some of the blame for allowing Wall Street and our policymakers to run amok while we slumbered in complete denial of their misdeeds. But while we have stirred from our slumber, our true awakening can only occur when we acquire the knowledge required to understand the fundamental issues. This can often be quite confusing as there is a ton of sources available, many of which can be biased in their interpretation of the issues.

Consequently, in order to critically assess the multiple schools of thought, one first needs to know the basics, including the terminologies and the jargon of the financial world, using tools such as the Dictionary of Business and Finance for the iPad, iPhone and iPod Touch from our partner QFinance, for instance. This is a great reference source to keep in touch with the latest terms and lingo associated with accounting, banking, insurance, investments, marketing, risk, tax and many more.

After arming oneself with the essential basic knowledge, we then can proceed to critically and rationally analyse the multitude of opinions and schools of thoughts that is being consistently fed to us. No single theory, system or economist can claim to be flawless or inherently right, meaning that we must determine for ourselves the validity of their claims. At the same time, we too must be able to challenge our own pre-conceived opinions through self and peer critique.

As a final step, it is equally important to share knowledge as much as it is to acquire it. As the age-old maxim goes: knowledge is power, and the spread of knowledge will only seek to extend the power and the credibility of the global protests. Once we able to do so, then can we be truly awake.