Remedies For An Ailing Economy - How To Avert A Crisis: Nouriel Roubini 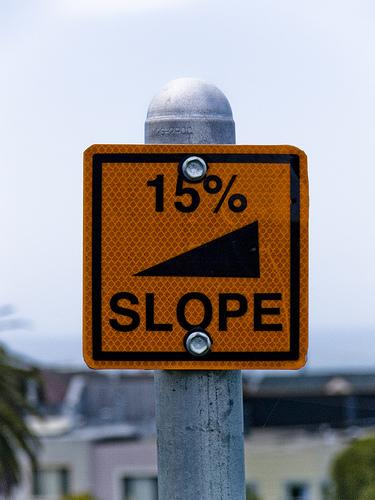 Global markets are in unchartered territory. A series of austerity measures have been announced, but the news coming out from Europe and the United States continue to bear the same consistent note of pessimism. The risks ahead are not a double-dip recession, but a severe contraction that could lead to Great Depression II. But can it be prevented?

AMSTERDAM – The latest economic data suggests that recession is returning to most advanced economies, with financial markets now reaching levels of stress unseen since the collapse of Lehman Brothers in 2008. The risks of an economic and financial crisis even worse than the previous one – now involving not just the private sector, but also near-insolvent sovereigns – are significant. So, what can be done to minimize the fallout of another economic contraction and prevent a deeper depression and financial meltdown?

First, we must accept that austerity measures, necessary to avoid a fiscal train wreck, have recessionary effects on output. So, if countries in the eurozone’s periphery are forced to undertake fiscal austerity, countries able to provide short-term stimulus should do so and postpone their own austerity efforts. These countries include the United States, the United Kingdom, Germany, the core of the eurozone, and Japan. Infrastructure banks that finance needed public infrastructure should be created as well.

Related: The G20 Must Get Its Act Together: Gordon Brown

Second, while monetary policy has limited impact when the problems are excessive debt and insolvency rather than illiquidity, credit easing, rather than just quantitative easing, can be helpful. The European Central Bank should reverse its mistaken decision to hike interest rates. More monetary and credit easing is also required for the US Federal Reserve, the Bank of Japan, the Bank of England, and the Swiss National Bank. Inflation will soon be the last problem that central banks will fear, as renewed slack in goods, labor, real estate, and commodity markets feeds disinflationary pressures.

Third, to restore credit growth, eurozone banks and banking systems that are under-capitalized should be strengthened with public financing in a European Union-wide program. To avoid an additional credit crunch as banks deleverage, banks should be given some short-term forbearance on capital and liquidity requirements. Also, since the US and EU financial systems remain unlikely to provide credit to small and medium-size enterprises, direct government provision of credit to solvent but illiquid SMEs is essential.

Fourth, large-scale liquidity provision for solvent governments is necessary to avoid a spike in spreads and loss of market access that would turn illiquidity into insolvency. Even with policy changes, it takes time for governments to restore their credibility. Until then, markets will keep pressure on sovereign spreads, making a self-fulfilling crisis likely.

Today, Spain and Italy are at risk of losing market access. Official resources need to be tripled – through a larger European Financial Stability Facility (EFSF), Eurobonds, or massive ECB action – to avoid a disastrous run on these sovereigns.

Fifth, debt burdens that cannot be eased by growth, savings, or inflation must be rendered sustainable through orderly debt restructuring, debt reduction, and conversion of debt into equity. This needs to be carried out for insolvent governments, households, and financial institutions alike.

Sixth, even if Greece and other peripheral eurozone countries are given significant debt relief, economic growth will not resume until competitiveness is restored. And, without a rapid return to growth, more defaults – and social turmoil – cannot be avoided.

There are three options for restoring competitiveness within the eurozone, all requiring a real depreciation – and none of which is viable:

Because these options cannot work, the sole alternative is an exit from the eurozone by Greece and some other current members. Only a return to a national currency – and a sharp depreciation of that currency – can restore competitiveness and growth.