Money Matters: Why Germany Wants to Keep the EU Together 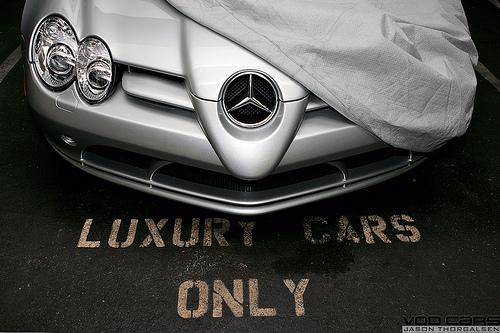 With Greece heading towards an inevitable default, despite the recent announcement of a second bailout in just over a year, the word on the street is not about whether the other Euro-zone countries would once again leap to Greece's rescue when this happens but rather on whether Greece would eventually be kicked out of the Euro-zone – a potential precursor to a dissolution of the Euro-zone.

But for the moment at least, the Euro-zone is putting on a united front. Speaking on the behalf of the German government, Steffen Seibert told the press that,

“an exit from the euro zone by Greece is not the right way forward. That cannot be the solution.”

Seibert added that a Greek exit was never a consideration for the Euro-zone, even as a “Plan B” option to tackle the debt crisis.

This announcement by the German government does not come as a surprise for political and economic observers in Europe. Alongside France, Germany is one of the strongest advocates of the Euro-zone and has regularly stated its desire to keep the Euro-zone together.

As the largest economy in the Euro-zone, Germany is expected to be among the largest contributors for Greece’s upcoming second bailout, as well as being at the frontlines to tackle any of Europe’s future problems.

In 2010, Germany demonstrated astounding resilience to the global financial crisis – emerging as one of the strongest advanced economies in the world. Germany's GDP (PPP) grew by 4.49 percent to US$2.81 trillion, while unemployment fell to 6.85 percent in 2010.

However, despite Germany’s strong economic performance, the Euro-zone has been marred by weak Euro-zone nations facing a sovereign debt crisis coupled with high unemployment rates more than double than that of Germany’s.

The German economy has also been affected. Due to the high levels of connectivity among the Euro-zone nations, it is likely that Germany would have seen better economic growth, if not for the weak currency as well as the constant provision of funds from its own taxpayers to bail out other Euro-zone nations.

According to the New York Times, half of the €35 billion, or US$49 billion, which German Chancellor Angela Merkel pledged in bailout loans to Greece could potentially be lost, in addition to any extra money required to recapitalize German banks exposed to the Greek debt.

Faced with the burden of fixing a seemingly unfixable problem, one might wonder why Germany and its policy makers persist in its convictions for the Eurozone, especially when a break-up could potentially solve some of the region’s problems as well lightening the load for the major economies.