Greece Must End Its Doomed Marriage With The Eurozone: Nouriel Roubini 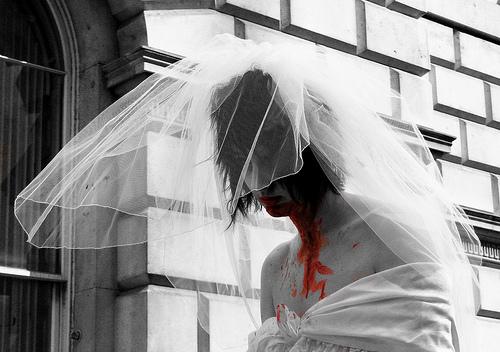 Greece’s exit from the eurozone appears to be inevitable. Still, like a doomed marriage, it is better to have rules for the impending divorce so as to make separation less costly to both sides.

NEW YORK – The Greek euro tragedy is reaching its final act: it is clear that either this year or next, Greece is highly likely to default on its debt and exit the eurozone.

Postponing the exit after the June election with a new government committed to a variant of the same failed policies (recessionary austerity and structural reforms) will not restore growth and competitiveness. Greece is stuck in a vicious cycle of insolvency, lost competitiveness, external deficits, and ever-deepening depression. The only way to stop it is to begin an orderly default and exit, coordinated and financed by the European Central Bank, the European Union, and the International Monetary Fund (the “Troika”), that minimizes collateral damage to Greece and the rest of the eurozone.

Greece’s recent financing package, overseen by the Troika, gave the country much less debt relief than it needed. But, even with significantly more public-debt relief, Greece could not return to growth without rapidly restoring competitiveness. And, without a return to growth, its debt burden will remain unsustainable. But all of the options that might restore competitiveness require real currency depreciation.

The first option, a sharp weakening of the euro, is unlikely, as Germany is strong and the ECB is not aggressively easing monetary policy. A rapid reduction in unit labour costs, through structural reforms that increased productivity growth in excess of wages, is just as unlikely. It took Germany ten years to restore its competitiveness this way; Greece cannot remain in a depression for a decade. Likewise, a rapid deflation in prices and wages, known as an “internal devaluation,” would lead to five years of ever-deepening depression.

If none of those three options is feasible, the only path left is to leave the eurozone. A return to a national currency and a sharp depreciation would quickly restore competitiveness and growth.

Of course, the process would be traumatic – and not just for Greece. The most significant problem would be capital losses for core eurozone financial institutions. Overnight, the foreign euro liabilities of Greece’s government, banks, and companies would surge. Yet these problems can be overcome. Argentina did so in 2001, when it “pesofied” its dollar debts. The United States did something similar in 1933, when it depreciated the dollar by 69 percent and abandoned the gold standard. A similar “drachmatization” of euro debts would be necessary and unavoidable.

Losses that eurozone banks would suffer would be manageable if the banks were properly and aggressively recapitalized. Avoiding a post-exit implosion of the Greek banking system, however, might require temporary measures, such as bank holidays and capital controls, to prevent a disorderly run on deposits. The European Financial Stability Facility/European Stability Mechanism (EFSF/ESM) should carry out the necessary recapitalization of the Greek banks via direct capital injections. European taxpayers would effectively take over the Greek banking system, but this would be partial compensation for the losses imposed on creditors by drachmatization.

Greece would also have to restructure and reduce its public debt again. The Troika’s claims on Greece need not be reduced in face value, but their maturity would have to be lengthened by another decade, and the interest on it reduced. Further haircuts on private claims would also be needed, starting with a moratorium on interest payments.

Some argue that Greece’s real GDP would be much lower in an exit scenario than it would be during the hard slog of deflation. But that is logically flawed: even with deflation, real purchasing power would fall, and the real value of debts would rise (debt deflation), as the real depreciation occurs. More importantly, the exit path would restore growth right away, via nominal and real depreciation, avoiding a decade-long depression. And trade losses imposed on the eurozone by the drachma depreciation would be modest, given that Greece accounts for only 2 percent of eurozone GDP.

Reintroducing the drachma risks exchange-rate depreciation in excess of what is necessary to restore competitiveness, which would be inflationary and impose greater losses on drachmatized external debts. To minimize that risk, the Troika reserves currently devoted to the Greek bailout should be used to limit exchange-rate overshooting; capital controls would help, too.

Those who claim that contagion from a Greek exit would drag others into the crisis are also in denial. Other peripheral countries already have Greek-style problems of debt sustainability and eroded competitiveness. Portugal, for example, may eventually have to restructure its debt and exit the euro. Illiquid but potentially solvent economies, such as Italy and Spain, will need support from Europe regardless of whether Greece exits; indeed, without such liquidity support, a self-fulfilling run on Italian and Spanish public debt is likely.

The substantial new official resources of the IMF and ESM – and ECB liquidity – could then be used to ring-fence these countries, and banks elsewhere in the eurozone’s troubled periphery. Regardless of what Greece does, eurozone banks now need to be rapidly recapitalized, which requires a new EU-wide program of direct capital injections.

The experience of Iceland and many emerging markets over the past 20 years shows that nominal depreciation and orderly restructuring and reduction of foreign debts can restore debt sustainability, competitiveness, and growth. As in these cases, the collateral damage to Greece of a euro exit will be significant, but it can be contained.

Like a doomed marriage, it is better to have rules for the inevitable divorce that make separation less costly to both sides. Make no mistake: an orderly euro exit by Greece implies significant economic pain. But watching the slow, disorderly implosion of the Greek economy and society would be much worse.