Google Gone Green: Can Google Be An Advocate For Renewable Energy? 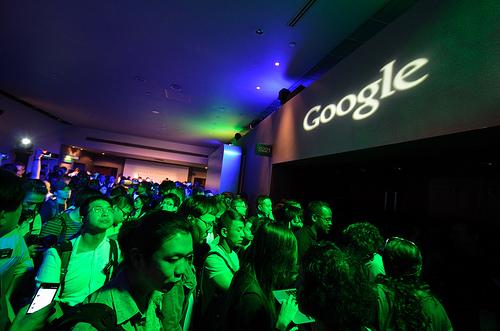 As a major consumer of energy, Google’s recent efforts to go green are seen as a welcome step by the environmental advocates, who see the Internet giant as an important future player in the renewable energy industry. But can Google really capitalise on its momentum and become an influential figure in energy policy?

Google may have a bad track record on privacy practices, but when it comes to green, the internet giant is clean, racking up over $850 million in investments to develop and deploy clean energy and earning the top spot on Greenpeace's list of IT giants who are using and advocating for clean energy.

In February, Greenpeace ranked Google the best on its "Cool IT Leaderboard", although it only scored 53 out of 100 points on the ranking system, still putting it ahead of Cisco, with 49 points. But it was a reluctant gift from Greenpeace, which has been hounding the IT giant for some time over its long overdue moves to shift to green and to use its influence and outreach to advocate for renewable energy.

Related: Interactive Infographic: How Google Changed The Face of The Internet

Related: Infographic: How to Land a Job at Google, Facebook or Apple

Google may have gotten off to a slow green start, but in the long term, the IT giant should benefit from the move. It is now sourcing more than 20 percent of its global energy use from green sources such as solar and wind. As a major consumer of energy, reducing consumption will help its profit margins and its clean energy efforts should boost its public image at a time when Google is mired in litigation over privacy practices.

And Google's influence should not be underestimated, which is something Greenpeace understands well. Not only is Google going green, it's also dabbling in policy initiatives, offering up its own clean energy proposals for government consideration (such as a plan to remove US dependency on fossil fuels entirely within 22 years).

So far, Google has invested $10 million in two solar companies, eSolar and Brightsource, and has created a $280 million fund with SolarCity in California to install solar panels in 9,000 homes on a lease option. The IT giant has invested another $15 million in wind energy, and $10 million in enhanced geothermal systems.

Most significantly, Google Ventures has launched a $100 million venture capital fund for innovative clean technology start-ups. Beyond that, the IT giant is seeking to foray into the utility sector by applying for a license to sell bulk electricity. Smart grids and plug-in cars are also on its list of green projects, as are a number of riskier ventures, including work on a heliostat - a mirrored device that directs the sun's rays to create thermal energy - and high-altitude flying wind turbines.

While Google and other IT giants such as Cisco, Ericsson and Dell top Greenpeace's clean energy use and advocacy list, the environmental groups says that there is still an insufficient amount of movement in terms of addressing pollution.

"Google tops the table because it's putting its money where its mouth is by pumping investment into renewable energy," Greenpeace International analyst Gary Cook told reporters upon the release of the "Cool IT Leaderboard."

However, he said, while the IT industry is driving significant energy demand with its data centres and global infrastructure, when it comes to addressing pollution, action has been slow.

Certainly, Google's original plans for energy have been scaled down, and many of the more eclectic projects the company once envisioned have been cancelled, as results were not forthcoming as predicted.

Still, the company is now investing more in clean energy than ever - in fact, ten times more than in 2010. This is a remarkable sum for an IT company when you compare it to renewable energy investments in energy giants such as BP, for instance, which invested around $1.6 billion in 2010.

Related: Top 5 Figures Influencing Renewable Energy in the US

Google's focus has shifted from the eclectic to the practical, a shift most clearly seen in its drive to deploy commercial solar panels and wind turbines - investments that promise a return.

In the realm of clean energy and the US drive to reduce dependency on foreign fuel imports, Google and other IT giants could wield a significant amount of influence, both on the public and on policy. Now that that IT giants are largely on board with the clean energy initiative - though the jury is still out on Apple and Oracle - this momentum should pick up pace.

Google: The Power To Influence Clean Energy is republished with permission from OilPrice.com