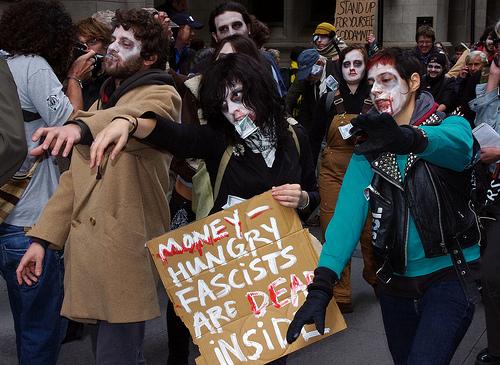 In just one month, both Greece and Italy have made dramatic changes to their governments. The technocrats are now in charge, with the governments from both nations seeing fit to appoint un-elected officials into power in a desperate attempt to deal with their respective crises. But are we heading down a slippery slope towards a “banker’s coup” in the heart of Europe?

First days are always trying and this is certainly proving the case for ex-European Central Bank Vice President Lucas Papademos in Greece and ex-European Commissioner Mario Monti in Italy. Already, one can hear murmurings of distrust about a “banker’s cabal” and a “banker’s coup” in the heart of Europe as these two technocrats seek to form workable and, of course, un-elected governments in their respective countries.

The fact that both Greece and Italy now have un-elected technocrats in charge is supposed to bring confidence back to the markets. A few days in, it is not yet clear that this particular trick will work.

Politics is a rough old game. Ex-labour party chief Neil Kinnock once famously called it a “blood sport” after he and his party had managed to snatch defeat from the jaws of victory in the 1992 election. It remains far from proven that technocrats can survive the jostle and bump of down-to-earth politicking.

Fine if everyone gets behind them but there are ominous signs that “national unity” in both Greece and Italy might be a thin phrase papering over deep divisions.

In Greece, Antonis Samaras, head of the main opposition conservative party, New Democracy, has made no secret of the fact that he would rather have had immediate elections, which he would have had a very good shot at winning, than see the government handed over to a technocrat flying a “national unity” flag. Samaras has given fair warning that he will pull the plug on Lucas Papademos any time he and his party feel that things are not going in a direction that they feel comfortable with. Samaras is already vetoing the idea of his party signing up to the new austerity measures. They might go along with them but they sure as hell aren’t going to sign anything!

In Italy, Silvio Berlusconi may have resigned but he retains the support of his party, and he too has let it be known that if he doesn’t like what Mario Monti comes up with, then all bets are off.

Then there are the commentators. Nouriel Roubini, who is famed for taking a dim view of things, thinks that Italy and its €1.9 trillion in sovereign liabilities is inevitably heading for a debt restructuring, whatever its new technocratic government may come up with. Others in the blogosphere see the fell hand of the European Union behind the fledgling technocracies, bending democracies to their will despite the people.

No one is better at screaming foul to this sort of move than the outrageous commentator and TV pundit, Max Keiser. A natural ranter, Keiser sees red when he sees bankers, and both Papademos and Monti are bankers through and through in his eyes.

Asked what he thought of the two technocrats by the presenter at RT TV, Keiser called the pair “zombie bankers” – you just can’t kill them off, they won’t die, he yelled:

“The zombie bankers are a plague. They are putting bankers in charge to bring about total banker domination. Their agenda is to create more debt at zero interest, bring all the European countries’ balance sheets together and leverage even more debt off them. Force-feed austerity measures (to the people) and let the elite benefit…”

For Keiser, the endgame will come when the markets decide that the bankers’ debt is worthless and in the ensuing crash everyone turns to gold and silver, and we get the reinstitution of “proper” national currencies backed by gold.

“Gold and silver are the stakes through the heart that will finally kill off the zombie bankers,” he declared.

Keiser’s ranting will not particularly disturb Papademos and “Super Mario”, but his prediction that their efforts will simply amount to “force feeding austerity” to the masses should chill their blood at least a little…

Markets two, European democracy zero – the dawn of the zombie technocrats is republished with permission from the QFinance Blog. Get the QFinance Dictionary of Business and Finance iOS app for a comprehensive guide to financial terms and expressions.