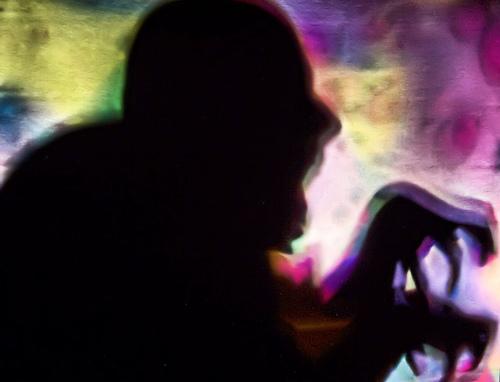 There are several explanations for the ECB’s insistence on a "voluntary" restructuring of Greece's sovereign debt, none of which speaks well for the institution. Indeed, as we have seen elsewhere, institutions that are not democratically accountable tend to be captured by special interests.

NEW YORK – Nothing illustrates better the political crosscurrents, special interests, and shortsighted economics now at play in Europe than the debate over the restructuring of Greece’s sovereign debt. Germany insists on a deep restructuring – at least a 50 percent “haircut” for bondholders – whereas the European Central Bank insists that any debt restructuring must be voluntary.

In the old days – think of the 1980’s Latin American debt crisis – one could get creditors, mostly large banks, in a small room, and hammer out a deal, aided by some cajoling, or even arm-twisting, by governments and regulators eager for things to go smoothly. But, with the advent of debt securitization, creditors have become far more numerous, and include hedge funds and other investors over whom regulators and governments have little sway.

Moreover, “innovation” in financial markets has made it possible for securities owners to be insured, meaning that they have a seat at the table, but no “skin in the game.” They do have interests: they want to collect on their insurance, and that means that the restructuring must be a “credit event” – tantamount to a default. The ECB’s insistence on “voluntary” restructuring – that is, avoidance of a credit event – has placed the two sides at loggerheads. The irony is that the regulators have allowed the creation of this dysfunctional system.

The ECB’s stance is peculiar. One would have hoped that the banks might have managed the default risk on the bonds in their portfolios by buying insurance. And, if they bought insurance, a regulator concerned with systemic stability would want to be sure that the insurer pays in the event of a loss. But the ECB wants the banks to suffer a 50% loss on their bond holdings, without insurance “benefits” having to be paid.

There are three explanations for the ECB’s position, none of which speaks well for the institution and its regulatory and supervisory conduct. The first explanation is that the banks have not, in fact, bought insurance, and some have taken speculative positions. The second is that the ECB knows that the financial system lacks transparency – and knows that investors know that they cannot gauge the impact of an involuntary default, which could cause credit markets to freeze, reprising the aftermath of Lehman Brothers’ collapse in September 2008. Finally, the ECB may be trying to protect the few banks that have written the insurance.

None of these explanations is an adequate excuse for the ECB’s opposition to deep involuntary restructuring of Greece’s debt. The ECB should have insisted on more transparency – indeed, that should have been one of the main lessons of 2008. Regulators should not have allowed the banks to speculate as they did; if anything, they should have required them to buy insurance – and then insisted on restructuring in a way that ensured that the insurance paid off.

There is, moreover, little evidence that a deep involuntary restructuring would be any more traumatic than a deep voluntary restructuring. By insisting on its voluntariness, the ECB may be trying to ensure that the restructuring is not deep; but, in that case, it is putting the banks’ interests before that of Greece, for which a deep restructuring is essential if it is to emerge from the crisis. In fact, the ECB may be putting the interests of the few banks that have written credit-default swaps before those of Greece, Europe’s taxpayers, and creditors who acted prudently and bought insurance.

The final oddity of the ECB’s stance concerns democratic governance. Deciding whether a credit event has occurred is left to a secret committee of the International Swaps and Derivatives Association, an industry group that has a vested interest in the outcome. If news reports are correct, some members of the committee have been using their position to promote more accommodative negotiating positions. But it seems unconscionable that the ECB would delegate to a secret committee of self-interested market participants the right to determine what is an acceptable debt restructuring.

Of course, it might be argued that if Greece gets away with an involuntary restructuring, others would be tempted to try it as well. Financial markets, worried about this, would immediately raise interest rates on other at-risk eurozone countries, large and small.

But the riskiest countries already have been shut out of financial markets, so the possibility of a panic reaction is of limited consequence. Of course, others might be tempted to imitate Greece if Greece were indeed better off restructuring than not doing so. That is true, but everyone already knows it.

The ECB’s behaviour should not be surprising: as we have seen elsewhere, institutions that are not democratically accountable tend to be captured by special interests. That was true before 2008; unfortunately for Europe – and for the global economy – the problem has not been adequately addressed since then.