China vs. India – Is Either Economy At Risk? : Stephen Roach 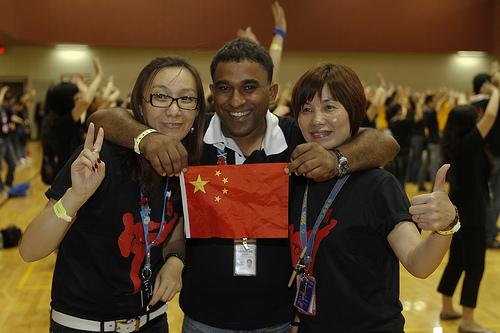 Both China and India depend heavily on the broader economic global climate. The fear is that if China and India fall, Asia would be at risk, and it would be hard to avoid a global recession. Yet fears of hard landings for both economies are overblown, especially regarding China.

NEW HAVEN – Today, fears are growing that China and India are about to be the next victims of the ongoing global economic carnage. This would have enormous consequences. Asia’s developing and newly industrialized economies grew at an 8.5 percent average annual rate over 2010-11 – nearly triple the 3 percent growth elsewhere in the world. If China and India are next to fall, Asia would be at risk, and it would be hard to avoid a global recession.

In one important sense, these concerns are understandable: both economies depend heavily on the broader global climate. China is sensitive to downside risks to external demand – more relevant than ever since crisis-torn Europe and the United States collectively accounted for 38 percent of total exports in 2010. But India, with its large current-account deficit and external funding needs, is more exposed to tough conditions in global financial markets.

Related: China’s 2012 Outlook: The Bad News about the Reserve Cut

Yet fears of hard landings for both economies are overblown, especially regarding China. Yes, China is paying a price for aggressive economic stimulus undertaken in the depths of the subprime crisis. The banking system funded the bulk of the additional spending, and thus is exposed to any deterioration in credit quality that may have arisen from such efforts. There are also concerns about frothy property markets and mounting inflation.

While none of these problems should be minimized, they are unlikely to trigger a hard landing. Long fixated on stability, Chinese policymakers have been quick to take pre-emptive action.

That is particularly evident in Chinese officials’ successful campaign against inflation. Administrative measures in the agricultural sector, aimed at alleviating supply bottlenecks for pork, cooking oil, fresh vegetables, and fertilizer, have pushed food-price inflation lower. This is the main reason why the headline consumer inflation rate receded from 6.5 percent in July 2011 to 4.2 percent in November.

Meanwhile, the People’s Bank of China, which hiked benchmark one-year lending rates five times in the 12 months ending this October, to 6.5 percent, now has plenty of scope for monetary easing should economic conditions deteriorate. The same is true with mandatory reserves in the banking sector, where the government has already pruned 50 basis points off the record 21.5 percent required-reserve ratio. Relatively small fiscal deficits – only around 2 percent of GDP in 2010 – leave China with an added dimension of policy flexibility should circumstance dictate.

Nor has China been passive with respect to mounting speculative excesses in residential property. In April 2010, it implemented tough new regulations, raising down-payments from 20 percent to 30 percent for a first home, to 50 percent for a second residence, and to 100 percent for purchases of three or more units. This strategy appears to be working. In November, house prices declined in 49 of the 70 cities that China monitors monthly.

Moreover, it is a serious exaggeration to claim, as many do today, that the Chinese economy is one massive real-estate bubble. Yes, total fixed investment is approaching an unprecedented 50 percent of GDP, but residential and nonresidential real estate, combined, accounts for only 15-20 percent of that – no more than 10 percent of the overall economy. In terms of floor space, residential construction accounts for half of China’s real-estate investment. Identifying the share of residential real estate that goes to private developers in the dozen or so first-tier cities (which account for most of the Chinese property market’s fizz) suggests that less than 1 percent of GDP would be at risk in the event of a housing-market collapse – not exactly a recipe for a hard landing.

As for Chinese banks, the main problem appears to be exposure to ballooning local-government debt, which, according to the government, totaled $1.7 trillion (roughly 30 percent of GDP) at the end of 2010. Approximately half of this debt was on their books prior to the crisis.

Some of the new debt that resulted from the stimulus could well end up being impaired, but ongoing urbanization – around 15-20 million people per year move to cities – provides enormous support on the demand side for investment in infrastructure development and residential and commercial construction. That tempers the risks to credit quality and, along with relatively low loan-to-deposit ratios of around 65 percent, should cushion the Chinese banking system.

India is more problematic. As the only economy in Asia with a current-account deficit, its external funding problems can hardly be taken lightly. Like China, India’s economic-growth momentum is ebbing. But unlike China, the downshift is more pronounced – GDP growth fell through the 7 percent threshold in the third calendar-year quarter of 2011, and annual industrial output actually fell by 5.1 percent in October.

But the real problem is that, in contrast to China, Indian authorities have far less policy leeway. For starters, the rupee is in near free-fall. That means that the Reserve Bank of India – which has hiked its benchmark policy rate 13 times since the start of 2010 to deal with a still-serious inflation problem – can ill afford to ease monetary policy. Moreover, an outsize consolidated government budget deficit of around 9 percent of GDP limits India’s fiscal-policy discretion.

Related: Comparing India to The World

While China is in better shape than India, neither economy is likely to implode on its own. It would take another shock to trigger a hard landing in Asia.

One obvious possibility today would be a disruptive breakup of the European Monetary Union. In that case, both China and India, like most of the world’s economies, could find themselves in serious difficulty – with an outright contraction of Chinese exports, as in late 2008 and early 2009, and heightened external funding pressures for India.

While I remain a euro-skeptic, I believe that the political will to advance European integration will prevail. Consequently, I attach a low probability to the currency union’s disintegration. Barring such a worst-case outcome for Europe, the odds of a hard landing in either India or China should remain low.

Seduced by the political economy of false prosperity, the West has squandered its might. Driven by strategy and stability, Asia has built on its newfound strength. But now it must reinvent itself. Japanese-like stagnation in the developed world is challenging externally dependent Asia to shift its focus to internal demand. Downside pressures currently squeezing China and India underscore that challenge. Asia’s defining moment could be hand.