Can Consumers & Taxpayers Be Saved From The Bonus-Crazed Financial Sector? 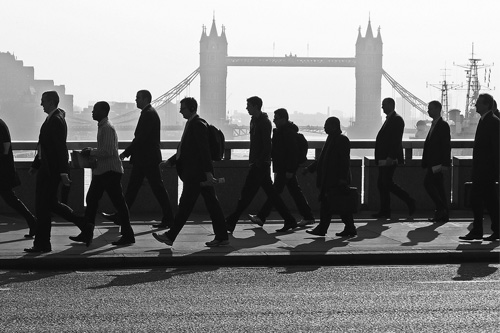 In recent years, Michel Barnier, the EU commissioner for the internal market and services, has tried to oversee regulatory reform for the financial sector towards serving the society. But, the biggest obstacle to his progress, according to Barnier himself, is financial lobbying that has a clear vested interest in the status quo and neutralising reforms.

In recent years, Michel Barnier, the EU commissioner for the internal market and services, has tried to oversee regulatory reform for the financial sector towards serving the society. But, the biggest obstacle to his progress, according to Barnier himself, is financial lobbying that has a clear vested interest in the status quo and neutralising reforms.

Michel Barnier is viewed with a mixture of fear and loathing in the City of London. In the Square Mile, the Frenchman is variously regarded as a bogeyman, a champion of dirigisme, and even as the ringleader of a sinister Franco-German plot to undermine London’s position and ensure Frankfurt and Paris can seize its crown.

However, Barnier, the French-born EU commissioner for the internal market and services, and a close ally of French president Nicolas Sarkozy, is in fact none of these things. Okay, it’s fair to say that some of the regulatory reform that emanates from Brussels may be misconstrued. But the goals are entirely correct—to protect consumers and taxpayers from the predatory instincts of a bonus-crazed financial sector.

[quote]Mr Barnier says what everybody knows: if losses are too big for shareholders to absorb, creditors must take a hit. His new paper presents sensible options for “bailing in” banks’ debt liabilities. The idea is to simulate normal corporate insolvencies … Just as lenders to insolvent companies cannot expect to get all their money back, nor should lenders to banks. It shows how rotten things had become that it is beyond the wit of governments to follow this simple principle. Mr Barnier should keep fighting to restore it.[/quote]

In a recent speech Barnier outlined the plan, whilst highlighting his laudable goal of ensuring that consumers and consumer groups have a much, much greater say in Europe’s ongoing regulatory overhaul. He told a conference organized by counter-lobby group Finance Watch that, when he returned from Paris to Brussels as a European Commissioner in February 2010 (he also served as Commissioner from 1999 to 2004), his priority was to ensure the Commission could genuinely say the lessons from the global financial crisis had been learnt. He said this required him to “move forward with many technical legislative proposals in a short period of time.”

Barnier said the biggest obstacle to progress was that financial lobbying was so one-sided. It was basically coming only from the banking and financial sectors, which have a clear vested interest in the status quo and neutralizing reforms. Barnier’s concern was that the voice of the European consumer (i.e. the people who are the “end users” of financial products and who are required pick up the tab when banks and other institutions fail) was going unheard in the corridors of power.

Barnier told Finance Watch’s Finance and Society Conference (which was held in Brussels on March 27, and where other speakers included Martin Wolf of the Financial Times, Frédéric Oudéa, chief executive of Société Générale, and Andrea Enria, chairperson of the European Banking Authority) that this was one reason he so welcomed the launch of Finance Watch.

Finance Watch came into being after it emerged in 2009 that the European Commission and its Internal Market Directorate General had been “totally captured” by the financial sector. The extent of the infiltration became apparent after the Alliance for Lobbying Transparency and Ethics Regulation (ALTER EU) published a report, which revealed that the then acting commissioner, Charlie McCreevy, had effectively outsourced law-making to the vested interests.

Finance Watch was founded last year by Thierry Philipponnat [PDF], who formerly worked in senior roles at UBS and Exane BNP Paribas, and its head of public affairs is Joost Mulder, who saw the light after spending five years as a financial lobbyist. According to an article published in Germany’s Der Tagesspiegel (“Finance Watch—A lobby to break the lobbies”) Mulder “turned the page” after:

[quote]“Financial lobbyists went so far as to ‘blackmail individual governments by threatening to withdraw capital and jobs.’”[/quote]

Barnier told the conference that he welcomes the fact Finance Watch has burst onto the scene as a counterweight to the finance sector’s powerful lobbying machine. The former French Gaullist politician, 61, insisted he wants to ensure financial regulation does not limit EU economic growth. But he also wants to ensure that future regulation is crafted in way that steers finance towards “serving society.” He sees ensuring the involvement of nonfinancial stakeholders in the legislative process as the best way of guaranteeing such an outcome. He added:

[quote]“It was easier for ‘strong’ stakeholders, such as representatives of the financial services industry, to have their opinions taken into account … [we are aiming to] rebalance the groups in order to give consumers and other stakeholders who are currently under-represented more room.”[/quote]

Barnier said the European Council and the European Parliament have allocated a budget of €1.25 million to launch “the pilot project for the funding of a European financial expertise centre which would directly benefit consumers and non-industry stakeholders” and hinted that Finance Watch is a strong contender to receive the grant.

Legislative programs that are currently going through the Brussels and Strasbourg mill include MiFID II, Solvency II, the European Market Infrastructure Regulation (EMIR), programs for Packaged Retail Investment Products (PRIPs), UCITS, the insurance mediation directive, mortgages, bank fees, access to bank accounts, and account mobility. In every case Barnier stressed that the Commission is determined to ensure that input is received from “all stakeholders and especially from consumer organisations.”

[quote]“It is obvious that civil society must have its say on these issues. This is essential if we want financial regulation and financial industry to serve society and the real economy.”[/quote]

Expect the squeals of complaint from the Square Mile to intensify!

Related: Breeding The Culture of Greed: Behind Big Banking Bonuses In The UK

Fear and loathing in London as Barnier taps consumer power is republished with permission from the QFinance Blog. Get the QFinance Dictionary of Business and Finance iOS app for a comprehensive guide to financial terms and expressions.