Home » Yellen is Part of a Larger Equation

Yellen is Part of a Larger Equation 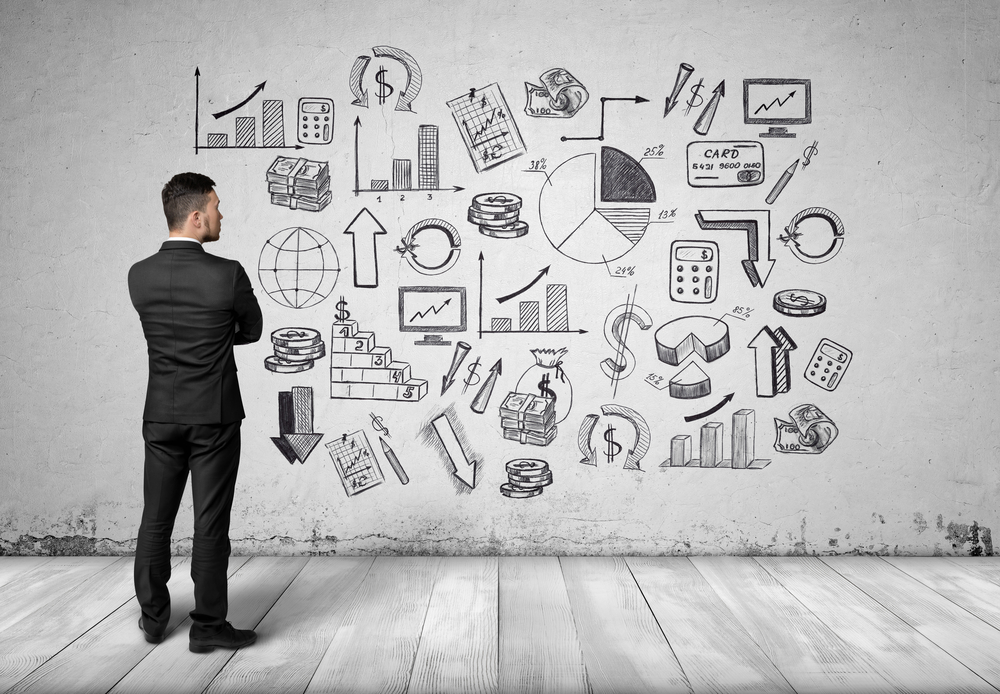 With 17 simple words and the help of clarification from her deputy, Yellen changed the near-term dynamics in the capital markets.  By saying that “…I believe that case for an increase in the federal funds rate has strengthened in recent months,” Yellen placed her marker down.

With 17 simple words and the help of clarification from her deputy, Yellen changed the near-term dynamics in the capital markets.  By saying that “…I believe that case for an increase in the federal funds rate has strengthened in recent months,” Yellen placed her marker down.

Yet the market was initially confused.  It thought the Chair was indicating a December hike not a September move, and that meant one hike not the two the June dot plots implied was thought to be appropriate by the FOMC.  Vice Chairman Fischer quickly followed his boss and explained that she implied no such thing.  Nothing she said had ruled out a September hike or two hikes this year.

Moreover, to sweeten his treat, Fischer advised watching this week’s employment data closely.  What more can be said?   The employment figures are among the most significant reports in the monthly cycle.  They are also volatile and difficult to forecast, as the May’s drop out of the blue reminds us.

From nearly any other central banker it would seem reckless to link monetary policy so directly to a high frequency number, but Fischer is Fischer.  He has had a distinguished career as the chief economist at World Bank and the Governor of Israel’s central bank.  He was on both Bernanke and King’s dissertation committees.

Still, it does not set right, but the market took the bait and ramped up the odds of a September hike to 42% from 32% the previous day.  It is the greatest probability in a month.  Most economists do appear to be forecasting the US economy to accelerate.  The Bloomberg survey median has the economy growing 2.6% at an annualized pace in Q3, and 2.3% in Q4 snapped the three-quarter streak of sub-2% growth.  The Atlanta Fed GDPNow tracker has it at 3.4%, and the NY Fed’s tracker is at 2.8%.

The immediate challenge, however, is that in the past two months (June and July), net job growth overshot its trend.  Consider that the two-month average is at 274k.  This is the highest of the year and was only surpassed twice last year.  This year’s average is 186k, and the 12-month average is 204k.  The median guesstimate is for around 180k.   A report of less than 144k would be disappointing.  That was job growth in April, the second lowest of the year besides May’s inexplicable 24k increase.

Consumption has also grown faster than sustainable.  Consumption in Q2 was revised to 4.4% from 4.2%.  It is only the third quarter since the Great Financial Crisis that consumption exceeded 4%.  This will be evident in the July personal consumption expenditures.  In Q2 PCE rose by an average of 0.6% a month.  This is twice the 12-month, 24-month and 36-month average of 0.3%.  The median forecast for July is 0.3%.  The same will be evident in real spending.  The Q2 average of 0.4% is twice the long-term averages, which are stable at 0.2%.  Auto sales in August are also expected to have slowed, though remaining at elevated levels above 17 mln annualized vehicles.

For most investors and market participants, it might not make a significant difference whether the Fed hikes in September or December.  The Federal Reserve’s leadership has put the market on notice that it is coming.  This is an example of transparency as well as taking into account the interests of other stakeholders.  However, the increased prospects of a Fed hike may spur profit-taking in many summer rallies in risk assets, like the 16%+ rally in emerging market stocks since late-June, or the 11.25% rally in the MSCI World Equity Index of developed countries.

The Federal Reserve stands in stark contrast with the European Central Bank, the Bank of Japan and the Bank of England.  These central banks are actively engaged in easing monetary policy and, if anything, the next steps will be more not less.  This week’s data from the Eurozone will favor those forces on the Governing Council that want to extend the asset purchase program from the current soft end date of March 2017.

CPI for August is expected to be confirmed at 0.3%.  It has averaged 0.1% over the past three months, which matches the 24-month average.  It is better than the six-month average of minus 0.1% or the 12-month average of zero.  However, officials cannot be satisfied.   Unemployment may ease, but at 10%, it is still too high in most countries.  The PMI reports give no reason to think that the Eurozone economy is accelerating.

The Bank of Japan learned last week that despite its unprecedented and aggressive easing policy, deflationary forces continue to grip the world’s third largest economy.  The BOJ’s core measure, which excludes fresh food, fell for five months through July, and the minus 0.5% reading is the lowest in three years.

This week’s data is expected to show that while the labor market remains tight, consumption remains poor, and still contracting on a year-over-year basis.  Industrial production may have extended the June bounce (2.3%), but not enough to prevent the year-over-year rate from moving deeper into negative territory.  With weak domestic demand and falling exports, the risk is an increase in output builds inventories that have to be run down.

Survey data in the UK is running ahead–and to the downside–of the actual economic data.  The manufacturing and construction PMIs are the focus this week.  Both are expected to remain below the 50 boom/bust level, but less so than in July.  A new headwind may emerge in the form high bond yields, despite BOE weekly purchases, if rising US yields pull other yields higher too.   In the current environment, we suspect that a strong US dollar environment may correspond to a sterling gains against the euro.

Canada cannot keep up with the Fed either.  This week Canada is expected to report that Q2’s 1.5% contraction in GDP was the largest since the recovery began in H2 09. It is the only G7 economy that contracted in Q2 (France and Italy were stagnant).  A few days before the GDP report (August 31), Canada will report a current account shortfall in Q2 that may match a record of C$20.2 bln in Q3 10.

The economic and monetary policy divergence may overwhelm the speculation that OPEC could agree to a freeze in output as early as next month.  One key hurdle has been the Iranian need to boost output back to pre-embargo levels.  The latest reports suggest it is close, but still a little shy of its four mln barrel per day target.

In addition, it makes sense, assuming rational actors, that ahead of a possible freeze, output increase, so the freeze at a more advantageous level.  Meanwhile, US output is still slipping and imports rising.  A rising US dollar may help spur a correction to the nearly 24% rally off the early-August lows.

China’s PMI figures will also be released.  The market is less interested than it was last summer in China.  Its economy, to the extent that one has faith in the data, appears gradually slowing, while credit growth has been strong, it has long passed the point of diminishing returns.  More central to investors’ concerns at the moment is what appears to be a change in PBOC operations.  It has been using 14-day reverse repos to drain excess liquidity that had been driving bond yields sharply lower.

China is hosting the upcoming G20 meeting as it does; the yuan is likely to come under new downside pressure.  The dollar appears poised to rise to new highs for the year against the yuan.  The high so far this year was set on July 18 near CNY6.7050.  As of the end of last week, the dollar had risen 4.5% against the yuan in 2016.

In addition to the G20 meeting, investors are watching a few other political events/issues.  First, after two elections and months of negotiating, Spain’s Rajoy will stand for a vote of confidence in a new minority government.  He needs a majority on the first ballot, which he is unlikely to secure.  Of more interest is the second ballot that requires a plurality.  This in turn requires around 11 Socialists (or a combination of others) to abstain.  If they do not, Spain would likely be headed for a third election, late this year or early next.

Second, two German states hold elections in September.  Mecklenburg-Vorpommern’s election is on September 4, and Lower Saxony election is on September 11.  Mecklenburg-Vorpommern has had Social Democrat-Christian Democrat government since 2006. Many see the election as a referendum on Merkel, though of course, she is not on the ballot.  In 2011, the CDU received 23% of the vote 5.8 percentage points less than in 2006.  It seems like a rather modest bogey.  The Left Party is the third largest in the state, but the SPD refuses to form a center-left coalition.

Another issue that investors will be mulling is a UK press report at the end of last week suggesting that government lawyers do not think Parliament approval is necessary to invoke Article 50, which formally begins the negotiations for separation.  Many observers are still skeptical that it Article 50 will be triggered next year.  However, nearly all the indications we see is for it to invoked next spring.  Our understanding is that this is what has been broadly indicated to EU officials.

One of the domestic issues has been over the authority to invoke Article 50.  A majority of Parliament favored remaining in the EU.  Having to secure its approval was one of the considerations that made some skeptical that it would be triggered.  There is bound to be a push back from Parliament, whose legal advice will no doubt favor its role.

US presidential polls typically become more accurate after Labor Day.  A change among the top Trump campaign managers has corresponded with what appears to be a small bump in the polls.  He is trailing in nearly all of the swing states, and a few states that are regarded as safe for Republicans appear in play now.

This week two primaries will draw attention.  In Arizona, former GOP-nominee McCain faces a primary challenge.  In Florida, former chair of the Democrat Party, Wasserman-Schultz is also in a primary contest.  Both incumbents are expected to win.