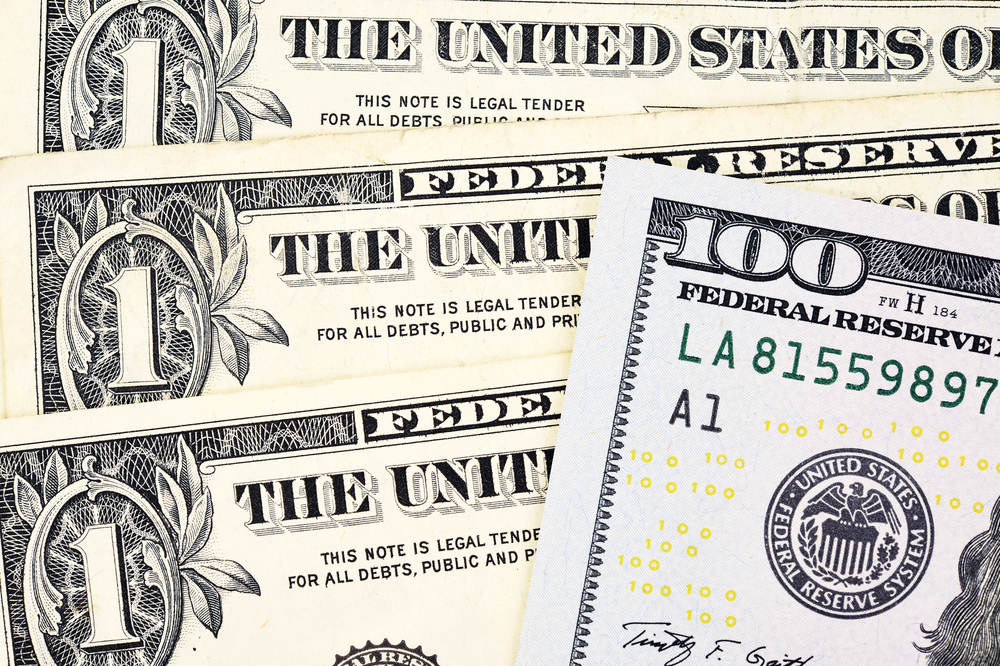 The US dollar is enjoying a firmer bias today, but it remains narrowly mixed on the week.  It is within well-worn ranges.  Of the several themes that investors are focused on, there have not significant fresh developments.

The US dollar is enjoying a firmer bias today, but it remains narrowly mixed on the week.  It is within well-worn ranges.  Of the several themes that investors are focused on, there have not significant fresh developments.

In terms of monetary policy, both Draghi and Yellen speak today.  The former is behind closed doors with a Germany parliamentary committee.  While Draghi’s prepared comments will likely be made available, this is a defensive venue.  No new policy insight can be expected.  Instead, Draghi can be counted on to offer a robust explanation for the easy monetary policy, which has had the support of the vast majority of the ECB.

He may also reiterate that countries, such as Germany, who have fiscal space, ought to use it.  He may also note that part of the reason interest rates is low in Germany is that the country, in defiance of the EC, has excess savings relative to investment (i.e. large and sustained current account surplus).   In addition, interest rates are low because monetary policy is being asked to do more than it should.  Governments, including Germany, have been slow to enact structural reform.

For her part, Yellen is also unlikely to be breaking new ground in testimony before the House Panel on Bank Supervision.  This is not the forum in which monetary policy is the focus.  At least four regional presidents will be speaking through the day, though only two, Bullard and Evans speak during the market sessions.  They are speaking on community banking.  Later, after the markets close, two dissenters Mester and George speak.

Earlier, Shafik, a Deputy Governor of the Bank of England spoke.  She suggested that even though the economy has performed a bit better than expected, further easing may still be needed.  This is not new news as the MPC had already indicated that this was likely.

Another development that investors have been tracking is the pressure on Germany’s largest bank.  Shares are Deutsche Bank recovered yesterday and are building on those gains today.  News that it agreed to sell its Abbey Life unit to a UK company was also seen as supportive.

One of the challenges that the bank is facing is that Chinese authorities may make it difficult for it to repatriate the full amount of the $3.9 bln sales in a local lender.  Ironically, as the yuan is about to formally join the leading currencies in the IMF’s SDR, Chinese restrictions on capital outflows may pinch.  Reports suggest that the bank may be asked to repatriate the funds from the sale in several batches (over time) rather than in one go, for example.

Investors have been monitoring developments within OPEC and today’s meeting in Algiers.  An agreement is not likely today.  However, what many seem to be focusing on, however, is the prospects for an agreement before the end of the year.  One of the key hurdles has been Iran’s efforts to return its output to levels seen before the embargo.

Saudi Arabia is reluctant to surrender market share to it.  Oil prices are consolidating at the lower end of yesterday’s range.  During the first half of this week, the price of the Nov light sweet futures contract seems comfortable $44 and $46 a barrel.

The US reports August durable goods orders today.  After a 4.4% rise in July in headline orders and a 1.5% gain excluding defense and aircraft orders, a modest pullback is expected.  One bright spot could be the shipment of those goods, which are expected to hold up better, and maybe even eke out a small gain.

Yesterday’s Conference Board’s measure of consumer confidence contained a nugget that points to a good jobs report next week.  It shows that the gap between “jobs plentiful” and “jobs hard to get” is 6.3, the most favorable reading since August 2007.  The early call is a 175k increase in September non-farm payrolls after 151k in August.  Our bias is closer to 200k.   However, we recognize that language of the FOMC statement suggests that the bar of continued improvement in the labor market is low, and the 175k more than meets it.

Sterling poked back above $1.30 yesterday but is struggling to find much traction.  It is straddling that level today.  It is showing little enthusiasm in either direction.  Lastly, we note that the dollar-bloc currencies are under a little pressure.  The Australian dollar remains the most resilient, but it is vulnerable to a bout of profit-taking on the 2.5 cent run-up since mid-month as the $0.7700 is approached.  Over the past six weeks, it has flirted with this level, but only managed to close above it once.

Dollar Mostly Firmer, but Going Nowhere Quickly is republished with permission from Marc to Market