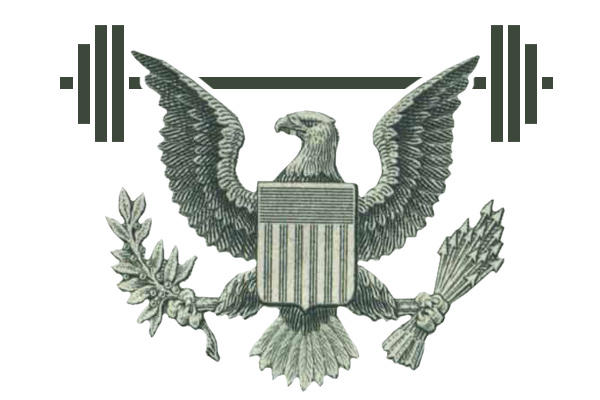 Many participants seem confused. Despite the talk about the dollar by different Fed officials, dollar policy is set by the US Treasury. Secretary Lew has been clear.

First he reiterated the 20-year old mantra of a strong dollar being in US interest. Despite the polemical tactics to reduce this claim to absurdity, it does indeed have real and important significance. Proof is consider the impact of the opposite. If Lew would have said something to the effect that a strong dollar no longer served US interests the destabilizing impact would be immediately evident.

Many participants seem confused. Despite the talk about the dollar by different Fed officials, dollar policy is set by the US Treasury. Secretary Lew has been clear.

First he reiterated the 20-year old mantra of a strong dollar being in US interest. Despite the polemical tactics to reduce this claim to absurdity, it does indeed have real and important significance. Proof is consider the impact of the opposite. If Lew would have said something to the effect that a strong dollar no longer served US interests the destabilizing impact would be immediately evident.

The strong dollar policy was initially articulated by Robert Rubin to differentiate his stance from his predecessors who included Bentsen and Baker, both who has used the dollar as a weapon to try to win concessions from Japan and Germany. Rubin’s mantra was a signal that the US would not engage in such practices, and thus far it has not.

Second, Treasury Secretary Lew urged other countries to refrain from competitive devaluations.  That is to aim policy to achieve currency depreciation to boost exports.  There reason this course is so detested is that it is zero-sum.  A policy aimed at lowering the euro, for example, can, if effectively, simply shift demand to Europe from elsewhere.  Engineering lower interest rates to stimulate an economy is not zero-sum as it can boost overall demand.

Recall what we are talking about.  The US dollar has increased 2% year-to-date on the Federal Reserve’s broad trade-weighted measure that is adjusted for inflation.  This is too small to have even a 0.1% impact on the US economy, according to various econometric models.

Doesn’t valuation matter?  According to the OECD, most of the major currencies are still rich to fair-value (a PPP-based model).  According to them the Swiss franc is 31% above its PPP implied level.  The Australian dollar is almost 24% over-valued.  Sterling is about 10.5% above PPP.  The Canadian dollar is rich by 9.5%.

There are two major currencies that the OECD says are a little under-valued.  The euro, which is less than 2% below fair-value, and the yen, which is 4% below its PPP level.  This is quite minor and pales in comparison with the magnitude and duration of their overshoot.

Nevertheless, it makes good political and economic sense for US to warn other countries from seeking excessive depreciation of their currencies or beggar-thy-neighbor policies.  If combination stimulative efforts to arrest low inflation and revive the economy drives the euro lower, US officials may not object too loudly, for example.  However, the lack of structural reforms, and Germany’s large current account surplus, seems as it some in Europe are relying too heavily on currency depreciation to do the heavy lifting.

The US does not hide the fact that although China’s current account surplus has fallen, and reserve growth most recently appears to have tapered off, it still needs to move toward a market-determined exchange rate.  The yuan is at new seven-month highs today.  Many emerging market countries have massively under-valued currencies according to the OECD.  In the Treasury’s spring report on the foreign exchange market and the international economy, in addition to China, South Korea was singled out for its frequent intervention.  The OECD says it is still 25% under-valued.

The Federal Reserve does not set dollar policy in the US.  However, exchange rates are among the financial variables that could impact growth and inflation.  It is natural for the Federal Reserve to take significant changes in the foreign exchange market into account when setting policy.  However, the coefficient of that variable in the policy making equation remains modest at best.  It is more of a potential issue than a salient headwind.  The appreciation of the dollar is hardly a surprise to Fed officials who must have anticipated some appreciation given that it is ahead of most major countries in ending its extraordinary policy initiatives.  Until a couple of months ago, the question of when, not if, it was going to happen.

The foreign exchange market could become the terrain of competition between countries.  This is what is frequently meant by a “currency war”.   Since the international political economy is characterized by the competition between states, the key issue is one of degree.  Many Japanese officials were keen to indicate that they were not the drivers of the yen’s recent decline.  ECB and French officials more explicitly have been talking the euro lower.  However, the main weight on the euro has been the divergence between US and euro zone economies and policies.  It takes two to tango in a currency war, and the US Treasury will likely use its update of its assessment of the currency market and international economy to urge others to show restraint.

What is the US Position about the Dollar’s Strength? is republished with permission from Marc to Market