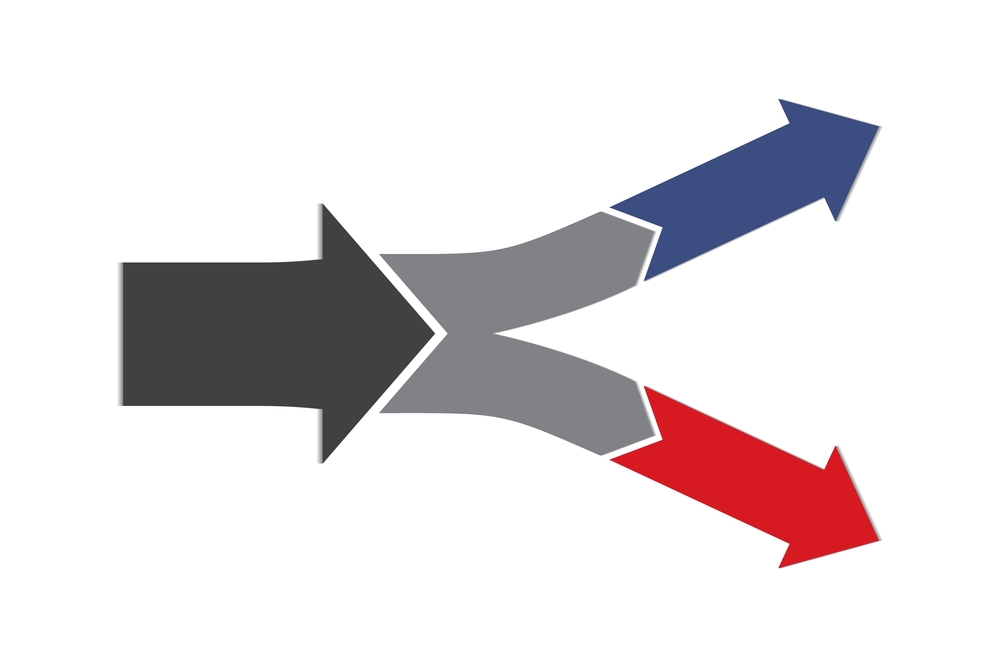 The implied odds of 42% that the Fed hikes rates in a few weeks may see a bigger push back by skeptical market participants.  This week’s data is likely to show that neither jobs nor auto sales sustained the July strength.

The news stream has been light, and investors continue to digest official commentary.  In addition to the Fed’s efforts to remind the markets of the risk of a hike this year, comments from the ECB and BOJ officials also underscore the divergence meme.

The ECB’s Coeure warned that without government action, the central bank might have to “dive deeper” into its “operational framework.”  The BOJ’s Kuroda reiterated his warning that there is scope for additional monetary stimulus and that the central bank will “act without hesitation.”

Recall that before the weekend, the US revised Q2 GDP slightly lower (1.1% from 1.2%) but revised up the consumption component to 4.4% from 4.2%.  That is the second strongest quarterly performance since the Great Finance Crisis.  It is not sustainable.

As the North American desks open, the US dollar is firmer against most of the major and emerging market currencies.  The Swiss franc and New Zealand dollar are exceptions.  They are posting minor gains.  The Japanese yen is the weakest of the majors.  It is off a little more than 0.33%.  The dollar climbed to almost JPY102.40 before consolidating.  Support is now pegged near JPY101.80.  A move above JPY102.60-JPY102.80 signals a resumption of the dollar’s recovery.

The extension of the euro’s losses was more marginal.  Before the weekend, the single currency hit a low near $1.1180.  The new selling could not push it through $1.1170.  Intraday technicals are somewhat supportive.  The near-term potential may extend toward $1.1240.

Sterling had spiked to $1.3270 in the immediate confusion over Yellen’s remarks before the weekend and finished near $1.3120 before the weekend.  It has been sold a little through $1.3090 today.  The tone remains fragile.  Prime Minister May is holding a Cabinet meeting Wednesday.  Initial resistance is pegged near $1.3140 today.

The Australian dollar is the heaviest among the dollar-bloc currencies.  Its pre-weekend losses to almost $0.7550 from a high near $0.7700 were extended to $0.7525 in early-Asia.  It managed to climb back to $0.7560 in the European morning but still looks heavy.

Although Japanese and Indian equities strengthened, it was not enough to underpin the MSCI Asia-Pacific Index, which fell for a second session (-0.25%) and eight of the past 11 sessions.  The Nikkei gapped higher and closed near its highs 2.85% above where it had finished before the weekend.  MSCI Emerging Market equity index snapped a two-day advance to close 0.75% lower.  The five-day average is has slipped below the 20-day average for the first time since early-July.

European bourses are lower.  The Dow Jones Stoxx 600 is off 0.5%, and all main sectors are lower.  Italy is the weakest of the large bourses, off 1.4%, with bank shares off 1%, giving the pre-weekend gain.

Although US Treasury yields are 1-2 bp lower, the rest of the world is playing catch-up to the large moves before the weekend.  Asia-Pacific 10-year bond yields are up mostly 2-3 bp, while European yields are up 1-2 bp in the core and a bit less in the periphery.

Dollar Gains Extended, but Momentum Fades is republished with permission from Marc to Market