Home » So Much for a Market Forces-Based Yuan Exchange Rate

So Much for a Market Forces-Based Yuan Exchange Rate 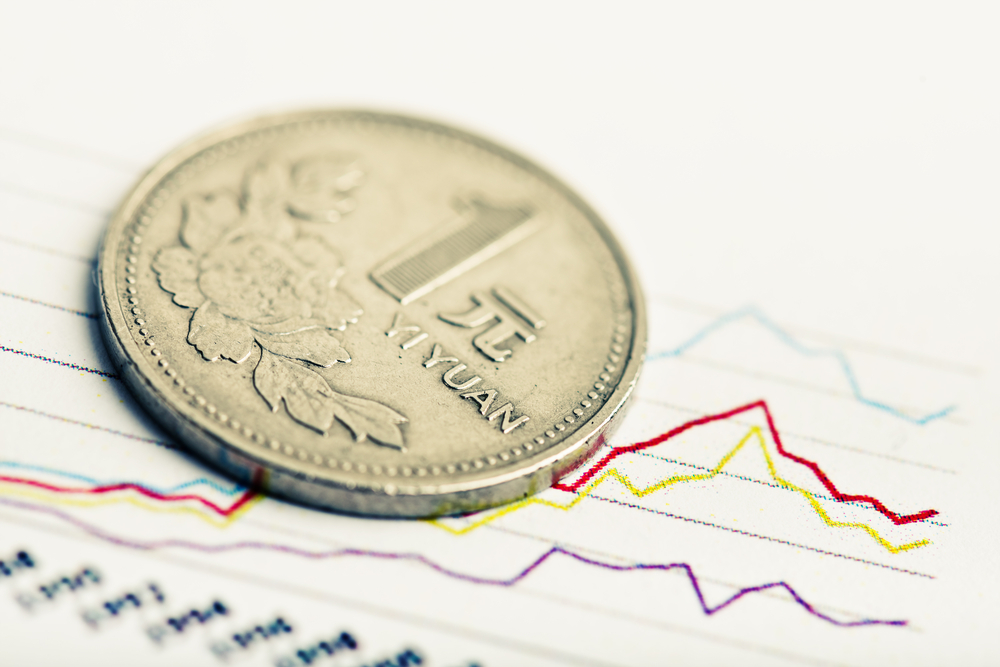 The Wall Street Journal is reporting that minutes of a meeting in China two months ago reveal that officials there have abandoned their commitment to give market forces greater sway in setting the yuan’s exchange rate.

The Wall Street Journal is reporting that minutes of a meeting in China two months ago reveal that officials there have abandoned their commitment to give market forces greater sway in setting the yuan’s exchange rate.

Reportedly, in response to economists and banks request that officials stop resisting market pressure, one PBOC official explained “the primary task is to maintain stability.”  The WSJ cites the minutes of the meeting and interviews with Chinese officials and advisers to conclude that the central bank “had ditched the market-based mechanism,” though has not formally announced the change.

The revelation here is not what it seems.  It is not clear that the PBOC operationalized its declaratory policy in the first place.  It is true that the yuan fell last August, but it was simply a two-day 3.8% move.   The element of surprise and the uncertainty of policymakers’ intent spurred the anxiety.

At the time, and in hindsight, it appears that Chinese officials were trying to decouple the yuan a bit from the dollar to prepare for the FOMC rate hike, which many thought, was going take place in September 2015. The yuan weakened again starting in early November, as it to prepare for A December Fed move, which was ultimately delivered.  The dollar advanced about 4.5% against the yuan from early-November through early-January.

By way of comparison, the euro fell nearly 8.5% against the dollar from mid-October through early-December (when the ECB’s actions did not match the urgency that Draghi had expressed).  That the dollar appreciated against the yuan as it moved higher against most other currencies gave the impression that market forces were at work, but might not have been in reality.

The WSJ claims that the exchange rate is “now back under tight government control.”  We suspect this is not new and has been the case except for a couple of times when officials tolerated market forces that were pushing the yuan in the direction that officials wanted.

The dollar peaked on January 8 near CNY6.5960.  As the dollar traded heavily against most currencies in the first several months of the year, the dollar also eased against the yuan.  It bottomed on March 31 near CNY6.4530.  However, it traded broadly sideways until the end of April.  On April 29, the dollar was still near CNY6.46.  The dollar reversed higher against many major currencies, including the euro and yen on May 3.

Our understanding of the intent of Chinese officials before the publication of the WSJ report placed an emphasis on their pragmatism.  When the dollar was soft, we saw officials allowing the yuan to track it.  This seemed to reflect a basic mistrust for US policy and fear that the US would seek some advantage by devaluing the dollar.

On the other hand, when the dollar was firm, the yuan appears to track the basket.  Tracking the basket would minimize accusations by the US that China was seeking a competitive devaluation.  The Wall Street Journal’s account comes close to lending support to our understanding:  “…People close to the PBOC said the bank guides the daily direction of the currency by alternating between setting the yuan’s value against the dollar and a basket of currencies.”

Our macro view puts a premium on the divergence of monetary policy between the US and most other countries.  We expect this force to allow the dollar to trend higher after largely consolidating and correcting gains in recent months.  The recovery of the US economy from the six-month soft patch is creating the conditions that will allow the Federal Reserve to continue its efforts to gradually normalize monetary policy.

It is a silly caricature to say the Fed wants to raise rates so it can cut them.  The point is that decision-makers like options.  Currently, the Fed does not have access to conventional monetary policy tools. Gradually normalizing monetary policy will give the Fed its traditional toolkit again.

China’s economy may require more support.  Too tight of a link between the yuan and the dollar prevents it from having more latitude to pursue its own monetary policy.  At the same time, a rapid depreciation would risk a political backlash from the US and Europe, which are fearful that China will address its surplus capacity by dumping goods into foreign markets.  This is the sub-text to the investigations into the pricing of Chinese steel in the US and Europe.

If we are right that divergence will underpin the dollar on a trend basis, then the yuan is likely to weaken further.  Now that the dollar is above CNY6.55, the next important level is near CNY6.60.  We look for the dollar to rise toward CNY6.80 in the medium term.  The ability of Chinese officials to manage this process is the key to its disruptive potential and contagion on other markets.

At the same time, we suspect that part of what appeared to be the internationalization of the yuan was a function of when it was in an appreciating trend.  When the yuan is rising, in nearly a one-way bet, it is easy to see what many wanted to hold yuan deposits.  Now the desire to hold yuan has slackened.  This can be seen in the Dim Sum market, which has cooled dramatically over the past year.  Talk of the yuan replacing the dollar has also quieted considerably.

The Yuan and Market Forces: Declaratory and Operational Policy is republished with permission from Marc to Market