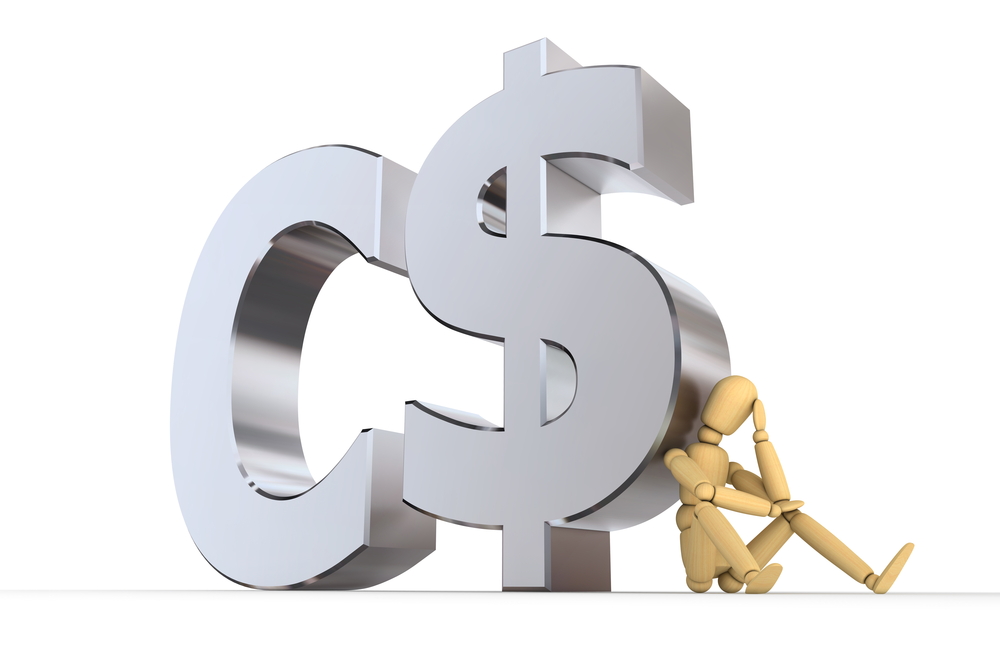 Equity markets have generally recovered from the wobble after the UK referendum, but not necessarily because of stronger growth expectations.  Rather lower bond yields may force some classes of investors into the equity market.  Consider the dividend yield of major equity markets: S&P 500 yields 2.1%, the Topix yields 2.2%, Toronto’s stock index yields almost 3% and Dow Jones Stoxx 600 yields a little more than 3.65%.

As a way to quantify risk appetites, use the S&P 500.  Over the past 60 days, the correlation of the percent change of the S&P 500 and the Canadian dollar is about 0.59.  Although the correlation was a little tighter in the March-April period, it is still the upper end of what it has been since mid-2013.

However, the other two variable, oil and interest rates are drags on the Canadian dollar.  Oil prices are near three-month lows.  With US rig count rising again, apparently in productive fields, and output also turning higher (past two weeks), supply concerns rise.  In addition, as the US driving season ends, refiners often shut down for maintenance.  Some of the oil surpluses appear to have been siphoned and created a surplus of gasoline.

The correlation of the change of the Canadian dollar and change in oil price (front-month contract for light sweet crude) over the past 60 sessions is near 0.60.  With a couple of exceptions, the correlation is as high as it has been over the past five years.

The 10-year interest rate differential appears to be offering better guidance for the Canadian dollar than the short-end.  The US 10-year premium over Canada peaked at the end of last year near 90 bp.  It retests it in late-January as the US dollar peaked against the Canadian dollar near CAD1.4700.

The US premium trended lower, reaching 32 bp in late-April.  The US dollar bottomed against the Canadian dollar on May 3 near CAD1.2460.  The greenback has been trending higher, and it reached its best level in three months yesterday near CAD1.3245.  The 10-year premium is near 45 bp today.

Canada is one of the few major economies that report monthly GDP estimates.  At the end of the week, the May estimate will be released.  The median forecast is for a contraction of 0.5%.  That follows a 0.1% expansion in April, which snapped a two-month contraction.  Since the middle of 2014, there has only been one-quarter (Q4 15) in which the Canadian economy expanded for each of the three months.  The 0.5% contraction, though, would be the largest since last September and third decline in four months.

Canada’s contraction will stand in stark contrast to the US, which will report the first estimate of Q2 GDP at the same time.  The Atlanta Fed’s GDPNow tracker estimates Q2 GDP at 2.4% before the US durable goods order report today.  It will update its estimate later today, but we expect it to be downgraded to 2.2%.

In recent sessions, demand for US dollar emerged near the five-day average, which is found at CAD1.3160 today, which currently is day’s low.  A break could see CAD1.31.  We still like the upside, and we continue to look for a test on the CAD1.33.  That area corresponds to a 38.2% retracement of this year’s decline and houses the 200-day moving average.