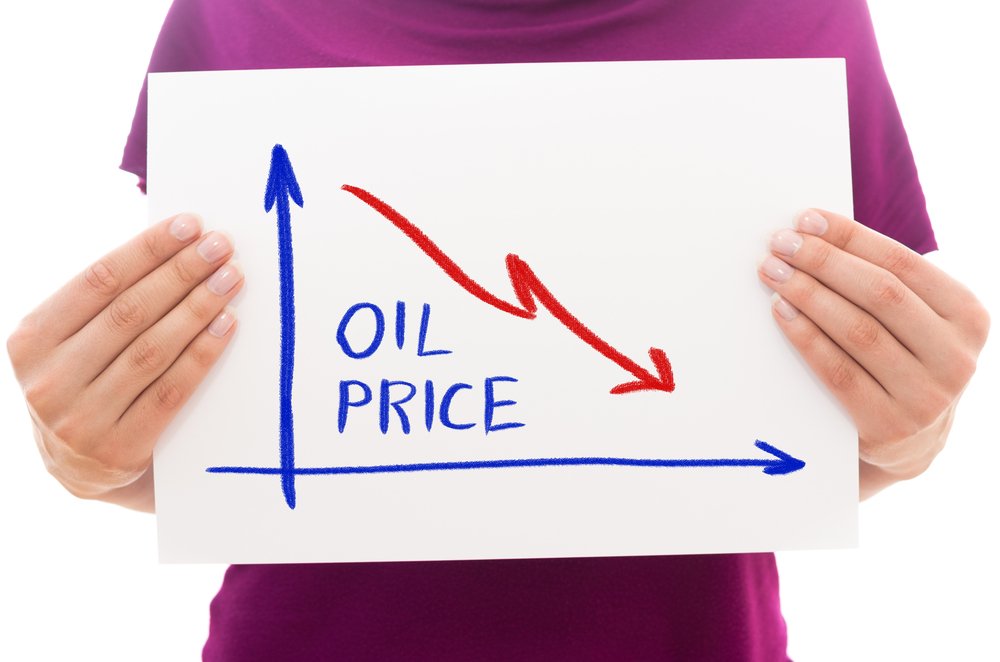 First, the contract has fallen through a trend line drawn off the January, February and April lows.  It flirted with the trend line in the first half of the month, but finally and convincingly broke it.  We first identified this trend line in the middle of June.  The continuation contract staged a key reversal on June 9 (but not the front-month contract at the time).

Second, with today’s losses the September contract has nearly completed a 50% retracement (blue line) of this year’s rally that began in late January at $32.85.  It had found support near the 38.2% retracement (top green line).  A break of $42.79 (today’s low $42.97) would suggest a move toward the 61.8% retracement (lower green line) which matches the mid-April spike low.

The market’s focus has changed.  The weekly oil inventory numbers seem less important than they were earlier this year.  It seems that part of the drawn down has transformed the oil glut into a gasoline glut.  From a seasonal point of view, gasoline stocks are the highest in more than 20 years.  Typically as the peak US driving season ebbs, the demand for oil drops.

Over the past five years, oil demand has fallen by around 1.2 mln barrels a day between July and October.  With abundant supplies of gasoline, refineries may shut down for maintenance early.  There are also some reports of refiners already beginning to shift their product mix away from summer toward winter.

On top of these seasonal issues, something more profound appears to be taking place.  The US rig count is rising.  It has increased seven of past eight weeks.  The count has risen by 55 rigs to 371 since the start of June.  In addition, oil output has risen for two consecutive weeks.

There are a few considerations here.  First, the drop-off of shale production drops off quicker than conventional wells.  That means the need to replace older wells with newer ones is needed to maintain output levels.

Second, while the rigs were being taken down, there appeared to be an emphasis on the least efficient fields.  Now, however, the new rigs appear concentrated in the lower cost fields.

Third, it will be interesting to see how sensitive the increase of rigs is to the drop in the price of oil.  The continuation futures contract has been holding above $45 a barrel until very recently.  It will be important to see if the drop in oil prices slows the redeployment of oilrigs.

Foreign exchange prices are influenced by a large number of factors, and for some currencies, like the Russian rouble, Mexican and Colombian pesos, Malaysian ringgit, Canadian dollar and Norwegian krone, the drop in oil prices appears acting as a drag.

However, other commodity prices are faring better.  The JOC-ECRI Industrial Price Index recorded the highs for the year on July 18 and finished last week pennies below its best level.

Great Graphic: Oil Breaks Down Further is republished with permission from Marc to Market