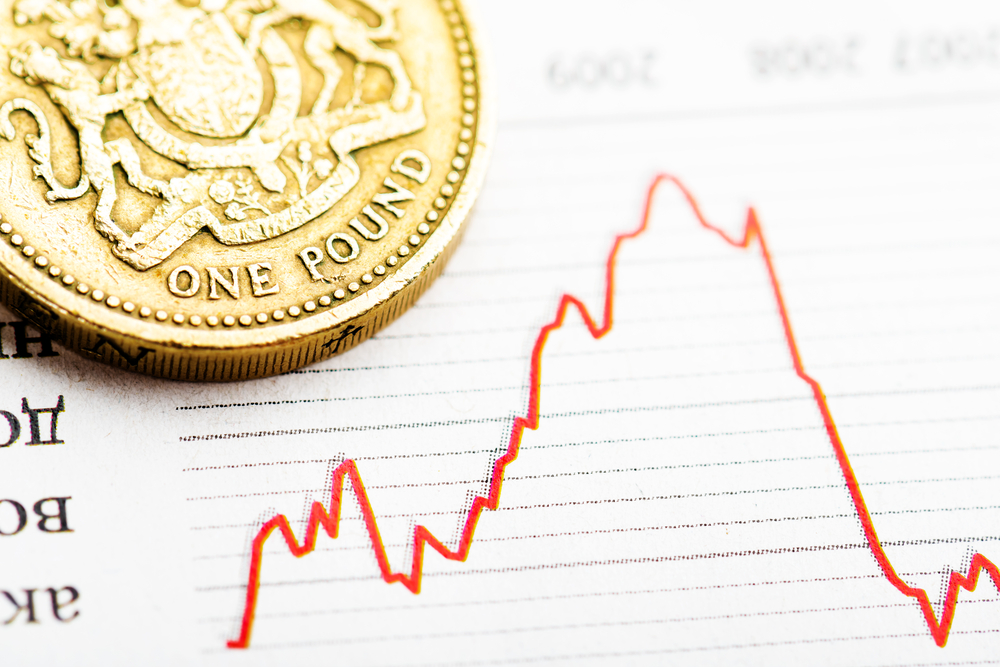 First, one of the UK’s largest property funds has moved to prevent retail liquidation. Second, the BOE reversed an earlier decision on the capital buffer for banks, which is tantamount to easing policy by boosting the banks’ lending capability by as much as GBP150 bln.  Third, UK services PMI was weaker than expected.

First, one of the UK’s largest property funds has moved to prevent retail liquidation. Second, the BOE reversed an earlier decision on the capital buffer for banks, which is tantamount to easing policy by boosting the banks’ lending capability by as much as GBP150 bln.  Third, UK services PMI was weaker than expected.

Nearly 90% of the responses were given before the referendum, but the sharp decline in business expectations warns of future problems, even though the new orders component rose 1.0 to 52.3.   Speculation is mounting that the BOE will ease monetary policy at its next MPC meeting on July 14.

Sterling is the weakest of the majors, off 0.8%.  The yen is the strongest of the majors, up about 0.8%.   Although the yen’s gains in such an environment are usually referred to a function of safe haven demand, we continue to think this is a poor way to characterize the price action.  Who is buying the yen?  Yes, there are some speculators, and this has been picked up by the Commitment of Traders in the futures market, a proxy for momentum and trend following market segments.

However, these flows are modest compared with the weekly MOF data.  Last week’s report showed foreign investors sold more than JPY2.1 trillion of Japanese bonds, one of the largest weekly divestments on record, and the second week of sales.

They also sold Japanese equities (~JPY184 bln) for the second consecutive week.  We suspect that Japanese investors and corporations are the biggest buyers of yen and that this is not so much a safe haven demand, as reactive hedging of overseas investments and earning.

The buying of the yen is different from buying US Treasuries or other core bonds.  US and Germany benchmark 10-yields are at new record lows.  Peripheral yields are higher.  Part of this may be a function of pricing in weaker growth and lower inflation, but it appears largely driven by capital preservation strategies.

The Eurozone services PMI came in at 52.8, besting the flash reading of 52.4.  Nevertheless, it is still down from 53.3 in May.  The Q2 average of 53.1 is only a little lower than the Q1 average of 53.3.  This, coupled with the manufacturing survey results from last week, kept the composite reading unchanged at 53.1.  June was the fifth month that the composite has been stuck in at 53.0-53.1.

China’s Caixin services PMI was reported at an 11-month high of 52.7, up from 51.2.  However, the composite slipped for the third consecutive month (to 50.3 from 50.5).  Separately, the Shanghai Composite yesterday’s gains, tacking on another 0.6%.  It now stands at its highest level since April.  Meanwhile, the spread between China and US 10-year yields is near 147 bp today, the widest since last August.

Foreign investors boosted Chinese debt holdings by a little more than 7%, according to Chinese data, to CNY318 bln (~$45 bln).  Note that in the past month, the yuan has lost about 0.9% against the US dollar, which offsets nearly 2/3 of the interest pick-up.

The outcome of the Australian election remains unknown.  The Aussie is the second weakest major currency today after sterling with a little more than a 0.5% fall.  Net-net, it is flat from the eve of the election.  The economic data was not constructive.  Retail sales rose 0.2%, not 0.3% as expected, and the trade shortfall was about a third larger than anticipated (A$2.21 bln deficit vs. A$1.7 bln median guesstimate).  The RBA left policy on hold as widely expected, but the door is clear ajar for additional easing, which the market has about half discounted over the next three months.

The euro briefly traded throughout $1.1170 target in choppy trading, but it has been confined to tighter ranges in quieter turnover in Europe.  If the euro remains resilient, the next target is the $1.1200-$1.1220 area.  It may require a break of $1.1100 to boost confidence that a high is in place. The dollar may see initial support in the JPY101.40-JPY101.50 area, but the risk is that if the market remains tumultuous, the dollar is forced to explore the sub-JPY100 levels.

The Australian dollar is reversing after testing the $0.7550 area. A break of $0.7440 now would confirm a high and suggest a retest on the $0.7300 area in the coming sessions.  The RBA is seen more likely to ease than the Bank of Canada, but we see risk that the Canadian dollar comes under new pressure too.  A move above CAD1.2930 could spur the greenback toward CAD1.30, and a foothold above there points to a bottom in place.

Sterling Hammered to New Lows, Yen Pops is republished with permission from Marc to Market