Tron has grown exponentially in the last four years and this is one of the reasons to buy TRX.

Tron network which was founded in 2017 by Justin Sun commands over 2,000 throughputs making it faster than large-cap crypto protocols like Bitcoin and Ethereum. Tron aims to be a fast, scalable, and responsive smart contract platform.

In the last 24 hours, Tron has been rallying despite the broader crypto market being in the red zone. In this article, we will explore if this is the right time to buy TRX or not. 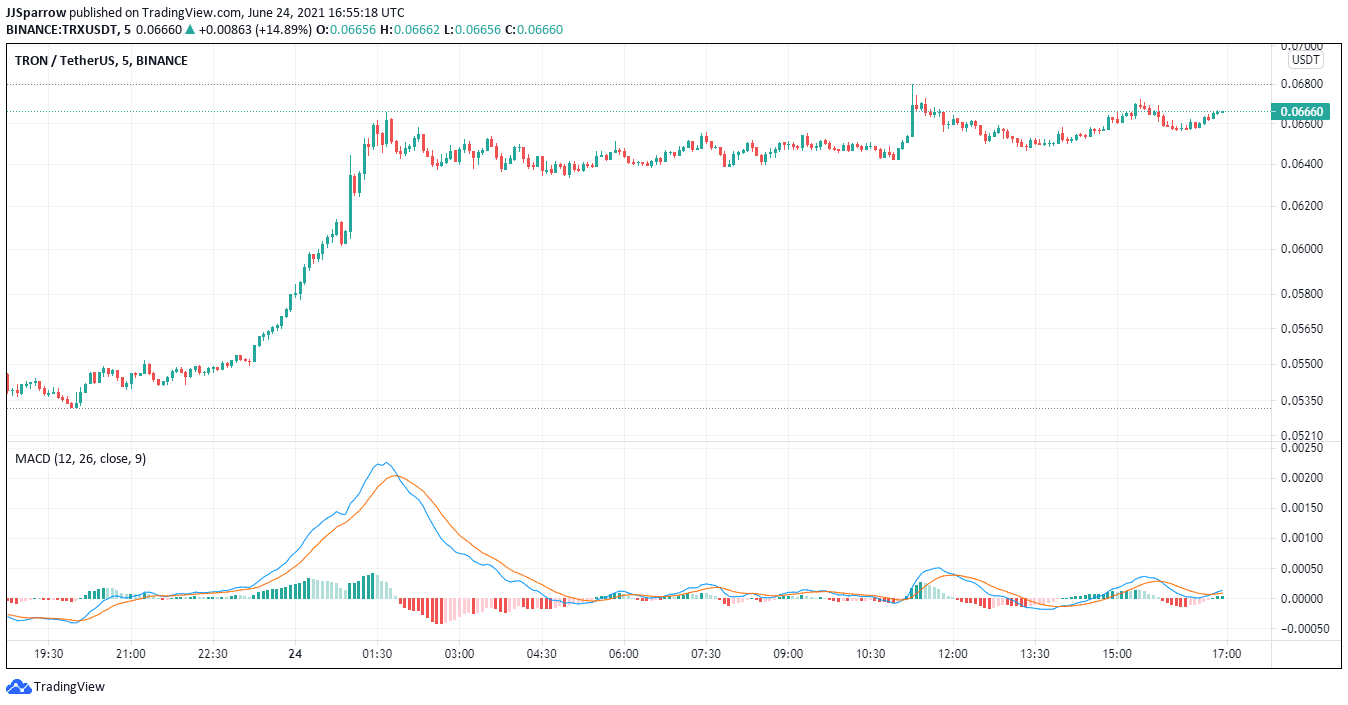 Tron is a decentralized blockchain project that aims to build a free, digital content entertainment platform using the idea of distributed storage. This will make it easy for content creators to share their works easily and cost-effectively.

Just like most of the blockchain protocols operating now, the Tron network aims to eliminate the middleman making it easy for people to share value without any central authority verifying transactions.

The Tron network runs on the TRON virtual machine, which is similar to the Ethereum Virtual Machine (EVM). The Tron network is heavily vested in the entertainment scene and acquired peer-to-peer file sharing service BitTorrent in 2018.

Tron is heavily dependent on the charismatic personality of its founder Justin Sun who once served as the representative of blockchain payment company Ripple in China.

What is TRX price?

However, this is not the best price action for the TRX token. During its early years, TRX traded as high as $0.208 before the market correction. It soon dropped 50% a few weeks later to $0.064 on Jan 29th, 2018. Even though the TRX token has experienced much volatility with the wider crypto market, the Tron network has continued to expand.

Prior to the May crypto market crash occasioned by crypto mining clampdown in China, TRX price rallied again to $0.1477 and dipping to $0.077 at the end of May.

In the past few weeks in June, TRX has not been able to regain its previous record highs but has been steadily building momentum.

Following reports that Tesla may accept Bitcoin as payment for its electric cars, TRX picked up steam and surged to $0.078 on June 17th before falling with the premier digital asset.

But in the last 24 hours, the Tron native token is on the rise and may rally in the coming days. But since most altcoins are highly dependent on the price movement of BTC, investors might want to keep an eye on Bitcoin’s performance to know when its right to buy TRX.

TRX price slump faced the same challenge that most of the crypto market experienced after Tesla boss Elon Musk bashed Bitcoin due to its energy-guzzling proof-of-work (PoW) consensus algorithm.

On the trading chart, TRX price fundamentals are strong given the relative performance of Bitcoin and Ethereum. The digital asset’s relative strength index (RSI) stands at 45.69, meaning it is above the oversold margin and below the overbought status. This could be a good time to buy TRX as the market rises.

For the short-term outlook, TRX price is trading below the 20-day moving average (MA) support at $0.068 and may likely break above the indicator.