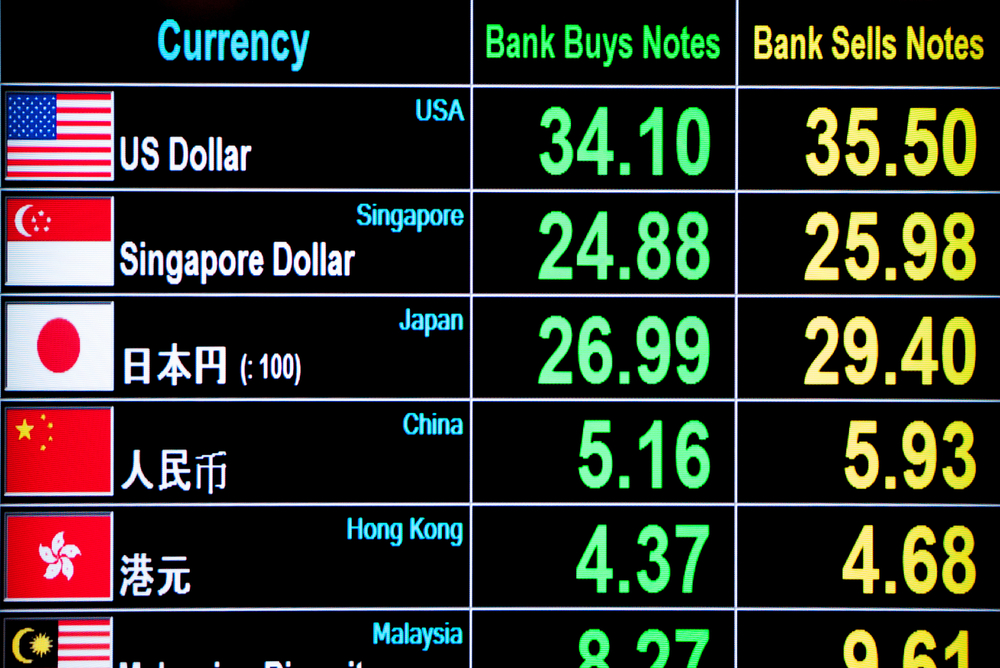 The ostensible trigger was the RICS house price balance, which slumped to 5% from a revised 15% in June (initially 16%).  It is the lowest reading in three years.  It plays on concerns that commercial and residential property prices are not waiting to see if the bookmakers who have reportedly tightened up the odds that Article 50 is not triggered until 2018, if at all, are correct.

In addition, there seems to be an asymmetrical response by sterling.  The market seems more eager to sell sterling on disappointing news than to sell it on favorable news.  There was much trepidation, for example over the third leg of this week’s bond buys, and it was for the longest duration.  It went off without a hitch, but sterling slipped back down to finish just above $1.30.  Sterling has not closed below $1.30 since July 8.  Intraday resistance is seen in around $1.3025.

On the other side of the spectrum is New Zealand.  The Reserve Bank of New Zealand delivered a 25 bp cut in the cash rate, and the New Zealand dollar rallied. It shot up from near $0.7200 to $0.7340 in less than five minutes.  It has since trended lower, and ahead of the start of the North American session, it is trading near $0.7240.

Not only was the rate cut widely anticipated, but in recent days, there was talk of the chances of a 50 bp rate cut.  The derivatives market appeared to discount about a 20% chance of a 50 bp move, which Governor Wheeler indicated he did not seriously consider.  The RBNZ’s path for the 90-day bill implies a trough in the official cash rate of 1.50%-1.75% rather than 2% previously.  This is a little above what the market prices implied.  Still, officials made it clear that the strength of the currency was a challenge.  By suggesting that the inflation target is more important than ever, it points market participants which data to pay particular attention to going forward.

With today’s pullback, the euro has retraced 38.2% of the post-US jobs report rally.  That retracement is found near $1.1135.  The next retracement is $1.1120, which also corresponds to the 20-day moving average.  It looks as if today’s pullback is over or nearly so, and regaining the $1.1160 level could spur the euro for a running start at $1.12 again.

The news stream remains stuck in the summer lull, but following Norway earlier in the week, Sweden reported firmer than expected consumer prices.  The 0.1% rise in July is the third consecutive increase, the longest advancing streak in two years.  The year-over-year pace edged up to 1.1%, the highest in four years.

The underlying rate of inflation in Sweden is not what is often thought of as a core measure (excluding food or energy or both) but is calculated using fixed mortgage interest rates.  By that measure, the year-over-year pace is 1.4%, down from 1.5% in June.  It remains near its highest levels in five years.

The takeaway is it appears that rising consumer inflation reduces pressure on the respective central banks to ease policy, and both currencies are appreciating against the euro.  Today is the third session that the Swedish krona is gaining against the euro and the sixth in the past nine sessions.  The euro is only slightly lower today against the Norwegian krone after falling 1.1% yesterday.  It losing streak is extending into the fourth session.  The euro has only risen against Nokkie in two of the past 10 sessions.

It may be worth noting that the krona’s firmer tone has materialized despite the heaviness of oil prices.  Brent is off 0.4% today after completely unwinding Monday’s 2.5% rise on Tuesday and Wednesday.  News that OPEC output rose 150k barrels in July, with Saudi Arabia, Kuwait and UAE producing record amounts took a toll after the US reported a one million barrel inventory build while the expectations for were a drawdown of 1.5 mln barrels.

We think the risk of a supply agreement among OPEC and non-OPEC members next month is low.  Ironically, lack of funding, which is partly related to some continued US sanctions may be slowing Iran’s efforts to boost oil output as quick as it can.  In turn, without regaining pre-embargo levels of output, Iran cannot abide by a freeze.  Another observation is an insight from game theory.  If an oil producer anticipated that there might be a freeze in output in the coming period, it would make sense to boost output first.

There are a few economic reports from the US and Canada today, but nothing that is likely to move the markets.  The US reports July import prices.  A decline much larger than 0.4% could impact expectations for tomorrow’s PPI report.  Weekly jobless claims are the closest thing to a real-time report on the US labor market.  Next week’s report will be more important as it covers the week of the nonfarm payroll survey.

Tomorrow the US reports retail sales.  Auto sales improved more than expected in July and that will keep the headline firm.  The GDP components are expected to rise 0.3% after two months of 0.5% increases.  Consumption in Q2 rose over 4%.  Some moderation in Q3 is expected, with investment picking up some slack, and the inventory headwind diminishing.

Separately, Canada reports new house prices.  A 0.3% increase is expected in June after a 0.7% rise in May.  It would probably keep the year-over-year rate near 2.7%.

Sterling Struggles to Find a Bid, While RBNZ Can’t Knock Kiwi Down is republished with permission from Marc to Market