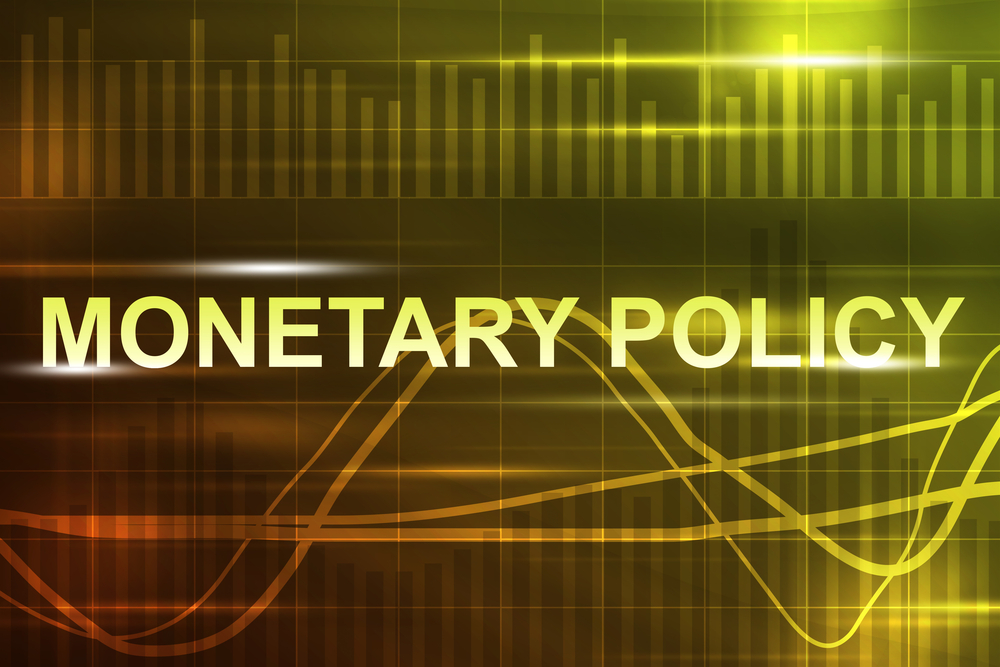 The market has not changed its mind.  Following Brainard’s comments yesterday the market had downgraded the chances, which were already modest, of a Fed hike next week.  The September Fed funds futures is unchanged on the day.  The implied yield of 41 bp matches the 50-day moving average.

The market has not changed its mind.  Following Brainard’s comments yesterday the market had downgraded the chances, which were already modest, of a Fed hike next week.  The September Fed funds futures is unchanged on the day.  The implied yield of 41 bp matches the 50-day moving average.

It is premature to make a hard conclusion.  However, investors should be open to the possibility the sell-off in asset prices in the US, and especially the backing up of US interest rates and the steepening of the yields curve may be a protest against such easy monetary policy in the US.

That hypothesis seems to be a corollary to the idea that monetary policy in Japan and Europe is maxed out, if not in terms of the lowest rates can go into the phantom-zone below zero and amount of assets that can be bought, then as a function of the political will of policymakers.

The sharp backing up in yields is not just a function of the US.  European benchmark 10-year yields are mostly up 3-5 bp today and 20-25 bp over the past week.  The German 10-year yield is at seven bp, the highest since Brexit; two months ago, it was near minus 30 bp.  The rising bond yields in Europe not only reduce the amount of negative yielding securities but also increases the universe of assets the ECB can buy.

The US Dollar Index has been steadily moving higher.  We continue to monitor an uptrend line drawn off the April, June and August lows, which caught the September low as well.  It comes in near 95.55.  Yesterday and today have been about consolidation.  The US Dollar Index is trading today within yesterday’s range, which was within last Friday’s range.  A move above 95.60 is needed to signal another run at 96.00-96.25.

There is shorter uptrend in the euro that connects the July, August, and September lows.  It is near $1.1170 today.  Today is the also the euro’s second consecutive inside day; coiling, as it were like a spring. Just above 7%, one-month implied volatility is near the lowest level of the year.

Sterling is having a rough day.  The lack of additional uptick in consumer prices in the UK, which leaves the headline rate still at its highest level in a couple of year, has spurred the largest drop in sterling in five weeks.  Sterling’s drop has pushed it through a one-month up trendline (since August 15 low) that came in near $1.3210.

A week ago, sterling was bid above $1.34 to approach the top of its trading range post-referendum.  The subsequent price action reinforces the importance of upper end of the range.  Sterling drew bids last time (late-August) near $1.3065.

The dollar is firm against the yen, despite the sell-off in stocks, which is often seen a yen-supportive.  Perhaps, the rise in US interest rates, which is understood as yen negative, is a more important consideration at the present.  In addition, the outcome of the BOJ meeting is more uncertain for investors than the FOMC meeting.  Within a JPY101.20-JPY103.20 range, it is difficult (for us) to have a strong view of the near-term price action.

Rising yields, falling commodity prices, and perhaps the risk-off mood are punishing the dollar-bloc currencies.  We have been looking for a push toward CAD1.3200, and it is being approached today. Immediately beyond there is the high from July near CAD1.3250 and the 200-day moving average now around CAD1.3270.

Since September 6, the US dollar has risen against all the major currencies and the most against the Canadian and Australian dollars.  They have lost 2.4% and 2.9% against the greenback respectively. The Aussie was trading near $0.7730 as recently as five days ago.  Today it has approached $0.7440.