Home » Leaning Towards a Rate Hike

Leaning Towards a Rate Hike 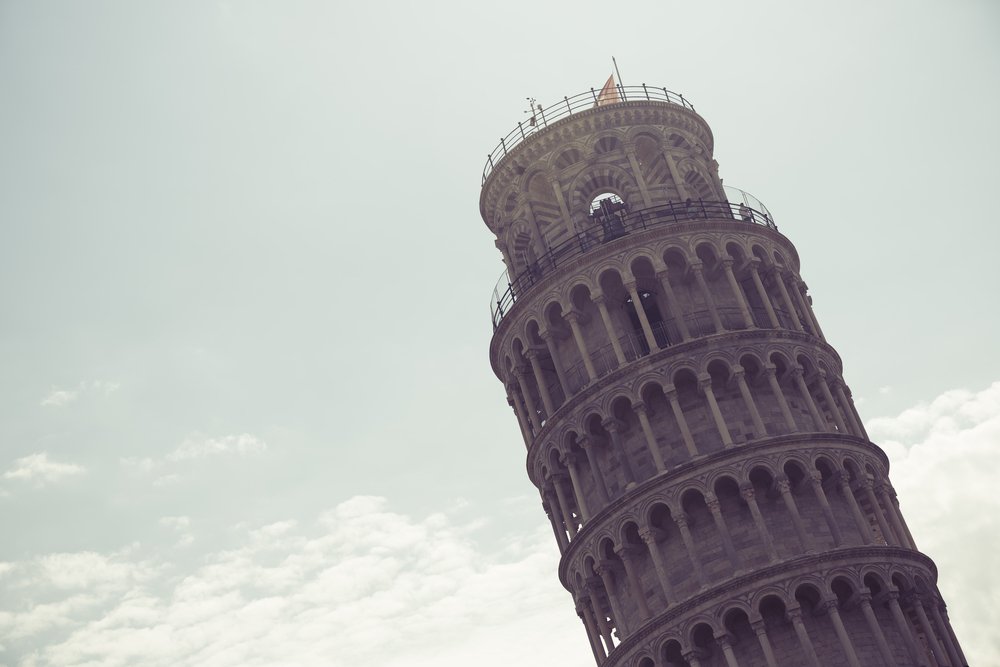 The US dollar and yields surged as the divergence meme, increasingly doubted, returned with a vengeance.  The 271k rise in nonfarm payrolls was most this year. The 2.5% year-over-year increase in average hourly earnings is the most in six years.

The US dollar and yields surged as the divergence meme, increasingly doubted, returned with a vengeance.  The 271k rise in nonfarm payrolls was most this year. The 2.5% year-over-year increase in average hourly earnings is the most in six years.

Begrudgingly, the market has come around to recognize the possibility, neigh the likelihood of a Fed rate hike next month.  Despite the vagaries of the inventory cycle, the US economy continues to show what for many is a surprising resilience to the global headwinds.  At the same time, the ECB still appears to be laying the groundwork for an expansion of its unorthodox monetary policy. The Bank of England has poured cold water on speculation that it would raise rates in the first part of 2016.

The Bank of Japan showed it is not in a hurry to step up its aggressive asset purchase program, but disappointment with the spring wage round could force a re-visit of the issue toward the beginning of the next fiscal year.  In any event, it continues to purchase assets at an unprecedented pace.

The Dollar Index has rallied nearly 6% since the middle of October and it is within 1% of its March high (~100.40).  Recall that it rallied from around the middle of 2014 through March of this year.  It moved lower from March through August but held the minimum retracement (38.2%) on the pullback.  The subsequent price action looked to us to be corrective in nature and not the end of the bull run that so many investors and observers had heralded.  Short-term technicals may be stretched.  Initial support is near 98.00, but given the prospects for ECB easing a fortnight before the Fed hikes, dips in the Dollar Index will likely be bought as long dollar positions previously reduced are re-established.

The euro fell about 2.4% against the greenback last week.  This is a little less than half of the (~5.2%) decline recorded since the eve of the ECB’s October 22 meeting.  It is not just that the ECB is preparing to ease policy further (with a possible rate cut as well as adjustments to its asset purchase program), but it is also that the Fed will be hiking.  It is when both sides of the equation are moving in opposite directions that has the potential for the greatest impact.

The euro pushed through the $1.08 support that held over the spring and summer.  This area should now act as resistance.  The next obvious target is the $1.0525-$1.0550 area on the way the multi-year low set in March just below $1.0460.  Outside of the lower Bollinger Band (~$1.0705) that had been approached, the other technical indicators and market positioning does not appear stretched.  Still, given the light data schedule and the dramatic adjustment to interest rate expectations, some nesting/consolidation should not be surprising.

The euro’s 50-day moving average crossed below the 200-day moving average in early October for the first time since July 2014.  The turning of the so-called Golden Cross is a function of roughly six-month consolidation after a nine-month slide.  With some conservative assumptions, the cross can turn higher over the next couple of weeks.

The strong US employment data lifted the dollar through the top of its nearly 2 1/2 month trading range against the Japanese yen.  It finished the week above JPY122.00 for the first time since late August.  The greenback had risen by about 4.65% against the yen since the middle of October when the dollar’s leg-up began.  It has been such a sharp move that the dollar shot through the top of its Bollinger Band (~JPY122.65). Given the breakout, that area may serve as initial support.

The next chart-based resistance area is in the JPY124.00-JPY124.50 area.  The top of that range corresponds to the trend line drawn off the multi-year high set in June (~JPY125.85) and the August high (~JPY125.30).  The dollar’s 50-day moving average moved below the 200-day average in October for the first time since the end of Q3 2014. This too seems to be a function of the extended sideways corrective activity.  The cross can turn higher again later this month.

Sterling’s 2.5% slide against the dollar last week was its worst performance in eight months.  The divergence theme was in play.  The BOE may be further behind the Federal Reserve in raising rates than many had anticipated.  The Bank of England’s Quarterly Inflation Report prompted investors to push out in time when it could raise interest rates.

Sterling posted an outside down week.  It began with a new push toward $1.55, which faltered despite favorable PMI reports.  The unexpected dovishness from the BOE caught many short-term traders leaning the wrong way and sent sterling down by a couple of cents.  The strong US jobs data was worth another cent and three-quarters or so.  At $1.5090, sterling retraced 61.8% of its recovery off the year’s low recorded in April (~$1.4565).  The $1.50 area held on the initial test.  A break could spur another cent decline.

The Canadian and Australian dollars fared the best in the face of the greenback’s surge.  The Canadian dollar fell 1.6%.  The two-year interest rate differential continued to widen in the US favor, and oil prices fell.  Although the S&P 500 posted a small gain on the week, Canadian shares fell, edging out the UK’s FTSE as the worst performing bourse in the G7 last week.

The US dollar rose through the late-October highs near CAD1.3280 to approach the bottom of the next resistance area seen (CAD1.3320-CAD1.3350).  The multi-year high recorded in late-September just below CAD1.3490 is the key.  If the pullback in the first half of October were just a correction, as we have argued, we should see a new dollar high.

The Australian dollar fell 1.3% last week.  The Reserve Bank was more optimistic about the economic outlook, but one cannot rule out another rate cut.  At the same time, the likelihood that the Fed’s lift off may be a little more than a month away took its toll.  The Aussie finished the week back below the monthly trendline that goes back to 2001.  It has been trading on both sides of it as its sharp losses that began at the start of H2 14 consolidated.  It comes in this month near $0.7130 and corresponds now to the 50 -day moving average.  Ahead of it, expect resistance in the $0.7080 area.

On the downside, if the correction is over, the September low a little below $0.6900 is the target, though initial support may be near $0.6940.  That said, we note that the Aussie has slipped through the bottom of its Bollinger Band (~$0.7040).

After a promising start to the week, light sweet crude oil finished poorly.  Concerns about supply disruptions in Libya and Brazil faded in the face the continued building of US inventories.  Technical indicators warn of downside risks.  Initial support is near $43.90 (basis the December contract) and then $43.00-$43.40, before the late October low near $42.60 comes into view.

US 10-year Treasuries staged a large move.  The 10-year yield was flirting with the 2.0% level as recently as October 27.  Yields rose 18 bp last week, with the jobs data at the end of the week spurring a little more than half the move by itself.  The yield punched through 2.30%, which also housed the mid-September highs.  Assuming that the breakout is sustained, the next important target is in the 2.40%-2.45% area before the 2.50% psychological level.  The challenge is that the rise in US yields may exert an upward pull on other countries’ interest rates before their economies justify it.

The December futures contract finished below its lower Bollinger Band (126-11), suggesting the market is over-stretched, but something a short bout of consolidation could fix.  Technically, the Dec futures appear headed into the 124-125 range.

The S&P 500 closed higher for the sixth consecutive week, but the technical tone is fragile.  The RSI is turning lower.  The MACDs are about to cross lower.  The Slow Stochastics has been sideways to lower since mid-October.  Since this leg up began in late-September the Wednesday-Friday slippage, while not major, is the longest a correction has run before new highs were made.  The initial downside risk is toward 2068 and then 2053.  During this corrective phase, the S&P should not close back above 2100.