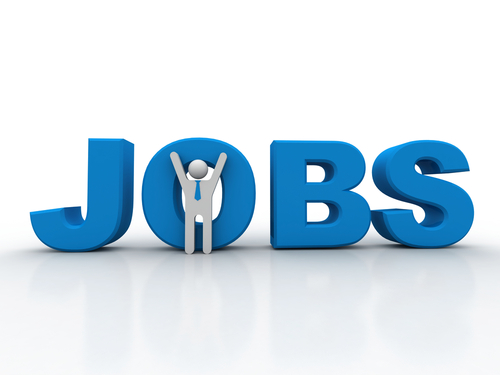 The South Korean won is the strongest among emerging markets, rising 0.4% today, recouping a little more than half the week’s decline.  The rand is little changed, nursing a 1.5% decline this week.  The Brazilian real is flat on the week that saw the president impeached and the central bank leave rates steady.

The US jobs report is the single most significant economic piece of economic data in the monthly cycle.  It is understood as a key barometer of the world’s largest economy.  The Federal Reserve’s dual mandate (really three, if one includes financial stability) puts full employment alongside price stability.

At Jackson Hole, the Vice Chairman of the Federal Reserve informed the market of two things.  First, the Chair was not signaling a shift in the central bank’s stance.  She was not prejudging and ruling out a September hike or scaling the back the June dot plot to one hike rather than two.  Second, that given this, Fischer instructed, watch today’s employment report.

As it turns out, for the last five years, the August job growth has been reported below expectations.  The average miss is 49k, with a range of 11k-88k.  The median is 44k.  Newswire surveys are picking up a median guesstimate of 175k-180k.  If we pretend that this is statistically significant, and subtract the average/median miss from today’s expectation, the result of, say, around 130k, would likely be seen as a disappointment.  The average this year is about 186k.

The September Fed funds futures closed yesterday implying a yield of 41.75 bp.  The way we calculate it suggested this is equivalent to about a 26% chance.  Bloomberg’s estimate is 34% chance.  Here is a major difference.  We are using the average effective fund’s rate over the last several weeks of 40 bp.  Bloomberg’s calculation is based on where Fed funds closed the month of August, which is 30 bp.  However, in fairness, Fed funds often drop at the end of a month and then return to where they were before.

The US also reports the July trade balance and factory orders, but they will be overshadowed by the jobs report.  Yesterday’s news of a dramatic slide in the manufacturing ISM was a blow that weighed on the dollar.  When we look at the history of this time series, there are seemingly inexplicable one-month moves that do not portend anything significant.  We argued this was the case with the May jobs report.

Outside of the US, the one economic data point that drew attention was the UK’s construction PMI.  It jumped to 49.2 from 45.9 in July.  This was better than expected and follows the record jump in the manufacturing PMI seen yesterday.  Although the construction PMI is not above the 50 boom/bust level, it does seem like the initial shock has dissipated, at least in part due to the drop in sterling and UK rates.  The risk is that the service PMI does not do as well as the manufacturing PMI, which will be released on Monday.  Services are less impacted by the decline in sterling.

Later today, Spain will hold a second confidence vote for Rajoy and his minority coalition.  He needs a plurality and is unlikely to secure it.  Pundits can joke about how well the Spanish economy has performed with only a caretaker government for the past eight months, but it is misleading.  The economic momentum is easing.  It is at loggerheads with the EU on fiscal policy and needs to submit the 2017 budget draft to the EU next month.  It needs to do more than simply rollover this year’s spending plans.  On a cyclically adjusted basis, Spain’s deficit has grown for the past two years.  There are also practical issues.  The chief market regulator’s term expires next month.  The caretaker government is not authorized to name a successor.

Over the weekend is the G20 meeting.  We do not expect fresh initiatives.  Look for some discussion of UK intentions to trigger Article 50.  The US-EU clash over corporate taxes is likely to air as well.  We note that ahead of the meeting, hosting by China, the yuan has firmed against the PBOC’s reference basket to flirt with a multi-month downtrend.  Ahead of the October 1 inclusion of the yuan in the SDR, it looks like officials want to engineer greater stability.

In addition, the Germany state of Mecklenburg-Vorpommern holds elections Sunday.  It has been run by a Social Democrat-Christian Democrat coalition since 2006.  The latest polls have the Social Democrats with a slightly lead near 28%, while the Merkel’s CDU and the anti-immigration and anti-EMU AfD are running in a statistical dead heat.  Merkel, whose district is in this state, has tacked to the right and campaigning more on law-and-order.  There is some talk that ahead next year’s national election, Merkel may endorse a tax cut.  It would be nice to have a hint of this at the G20 meeting, but it does not seem very likely.

US Jobs Data–Higher Anxiety, Thank You Mr. Fischer is republished with permission from Marc to Market