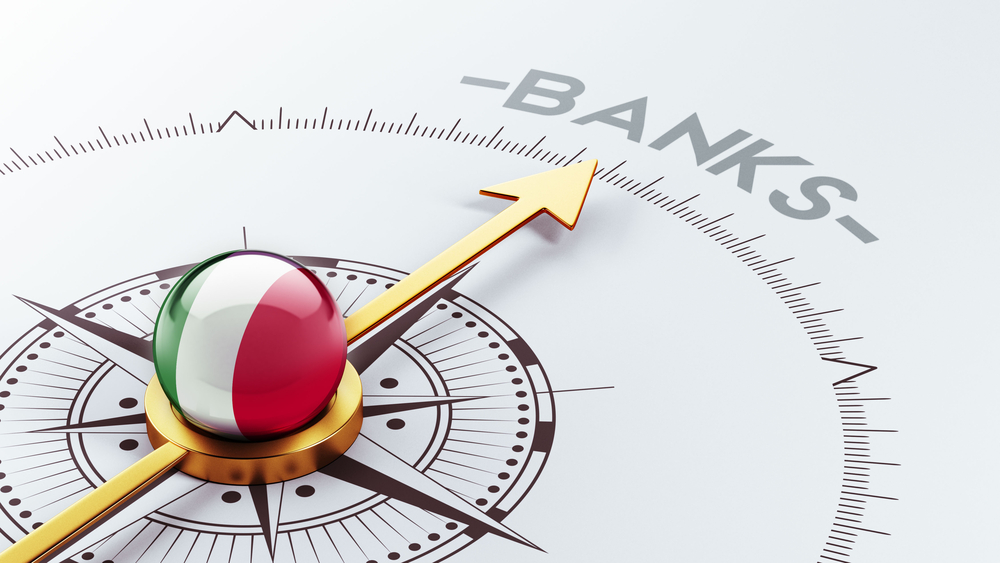 Just like the resolution of the Greek crisis in 2010 required the construction of institutional capacity on the EU level, so too addressing Italy’s banking issues will necessitate EU reform. Moreover, these reforms will change the way that the EU deal with recapitalizing banks.  During the Great Financial Crisis, many high-income countries injected public money, which means taxpayers’ money, into the privately owned banks.

Sometimes no investors were forced to realize losses or write down their claims.  Sometimes junior unsecured creditor would incur a loss.  On occasion, senior credits were hit.  Rarely, but there are a couple of examples, depositors (above a government-insured threshold) were also forced to take losses (including in the US incidentally, see IndyMac)

Keep profits privatized; we are no socialists.  Socialize the cost; otherwise, the economic dislocation would be inhumane.  However, after the initial drink at the public trough, many public officials wanted to assure their voters that this was a one-off, and public money would not be used again unless investors took a hit first.

Therefore, as seems typical of the European way, a new set of rules were designed and approved by national governments.  The Bank Recovery and Resolution Directive (BRRD) did precisely this.  Among other things, it laid out the conditions by which public money can be used.  In this context, the important consideration is that 8% of the bank’s liabilities need to be bailed-in.

What is at the crux of the matter in Italy, and what will likely be resolved through its experience, is precisely the implementation of the BRRD.  In addition, keeping with the European way, there is a German approach and a French approach.

The German approach has been taken for granted.  It changes the queue for seniority of claims.  The senior unsecured creditor is at risk of being bailed-in before depositors (and a few other creditors). This is what happened late 2015 when Portugal bailed in some senior creditors.

Italy is showing a problem with this approach.  Many of the unsecured creditors are retail investors, who bought bonds marketed to them in 1000 euro increments on the basis that they were like higher yield deposits.  Bailing them in may cause the social dislocation and economic hardship that was to be avoided.  Then after taking Maria and Mario’s savings, they are hit up as taxpayers.

The French approach is different. It is the creation of a class of obligations that are in the pecking order of creditors between existing senior obligations and subordinated bonds.  This new bond would explicitly indicate it is subject to haircuts if the institution fails (enters resolution).  Over time, this new obligation (senior non-preferred sounds awkward, but…) would supplant the current senior obligations.   As it turns out, a Danish bank has issued “senior resolution notes” and plans to issue more which embody these principles.

One of the attractive elements about the French approach is that it appears to be on more certain legal ground.  As we noted, the European Court of Justice is to rule next week whether the EU can impose losses on private investors of troubled banks in a bailout.  The preliminary indication, from the Advocate General (five months ago), was that the EU had no such power. Although the decision is not binding, it is generally followed (80% of the time according to reports).

The circle is completed by returning to Italian banks, and Monte Paschi, which is front and center.  The bank issued 2.16 bln euros of floating-rate subordinated notes in 2008 to fund an acquisition. Estimates suggest households own nearly half.  The BRRD 8% liability haircut might be achievable without hitting this particular instrument.  See the gymnastics Italy may have to go through to stick to the German interpretation.  This approach would treat a subordinated credit as senior preferred.  This may prove legally tricky.  If you had a senior credit and were being made to take a haircut when the subordinated note did not, wouldn’t you be concerned?

Maybe if it were not for Brexit, the EC would be willing to fight Italy, and take the chance of undermining Renzi and spark a political crisis in the fall.  The Eurozone finance ministers seem to be taking same approach with Spain and Portugal.  These two countries, they judged, did not do enough to try to reach their budget targets last years.

In about three weeks, the EC will decide the how to address the violation.  It could issue a fine of up to 0.2% of GDP and reduce EU aid. However, it seemed clear the finance ministers were more interested in a symbolic statement than meting out punishment. Spain and Portugal will spend the next ten days pleading for mercy, being contrite and perhaps make some concession.

At the same time, the Italian banking crisis should not be wasted.  It is another opportunity for Italy to address its bad loan situation.  As of the end of 2015, Monte Paschi had about 47 bln euros in bad loans, and it had reserve coverage for half.  Its market cap is about five bln euros.  In addition, to solve Italy’s problem requires agreeing to a general approach to the application of the BRRD.

We suspect the EU will lean toward the French approach, especially if next week’s court ruling casts doubt on its authority.  Over time, though, and there may be offsetting influences, the French approach may be a factor that raises the cost of capital going forward.